Blog - Latest News
You are here: Home1 / Article Archive2 / I was there3 / To South America in a Piper Arrow 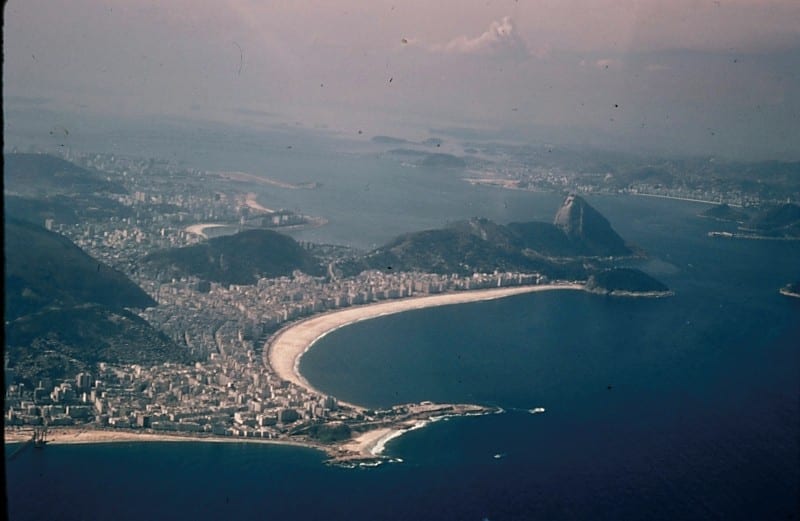 The route of flight began in New York and stretched all the way to Buenos Aires.

Reading the story by John Zimmerman, I really felt like a pilot when…, brought back memories of the first long, long-distance flight I made a while ago. The trip took me to a medical conference in Uruguay in an airplane that I had purchased from the flight school where I trained. The plane, a 180 hp Piper Arrow, was fitted out for the trip with a large auxiliary gas tank replacing the rear seat. The year was 1974, and gas was in short supply due to the embargo in effect then. Prior arrangements had to be made for refueling at several locations en route.

The first leg was from KHPN, White Plains, NY, to Florida where a life raft was rented.

Next stop Providenciales; I remember a splendidly dressed representative of Her Majesty’s Customs greeting us on the ramp. The long runway there was recently completed in anticipation of further construction that would make the Turks and Caicos a popular destination. That evening was spent at the Green Turtle Inn. Years later I remember that place as resembling the bar in Star Wars, a meeting place for wayfarers passing through on the way to some other distant place.

The next leg was to San Juan. This was the longest overwater segment (without nearby islands for diversion) of the trip. I was then and still am a proponent of the theory that the plane doesn’t know that it’s flying over water. That portion of the flight was through a weak frontal system that had backed up.

San Juan was just a gas stop prior to a landing at Antigua. The evening in Antigua was memorable for the sound of the wind in the palm trees on the beach front.

On to Martinique, and then overflying the Grenadines, looking down on some of the most beautiful spots on earth. I promised myself to return to the Grenadines, but I haven’t made that trip yet. The next overnight was in Tobago. A supply of gas had been reserved in Trinidad, and after refueling, a trip to the Coroni swamp was delightful for bird-watching. In the evening flights of the scarlet ibis and egrets would return to settle in trees.

A postcard-like view of Copacabana beach in Rio de Janeiro.

The next leg was to French Guyana, landing with minimal gas. Upon refueling, the lineman turned off the pump with a “Whew, ” – never again would I allow that to happen. The next day was mainly in the clouds with the ADF needle pointing at the beacon on the mouth of the Amazon. I had been told that the beacon was intermittently off the air to save electricity. Fortunately this did not happen. The intertropical convergence zone, a band of weather in that area, is known for unpleasant flying. There were hours of zero visibility and intermittent rain, but there was no turbulence. And this was before my acquisition of a Stormscope.

I had been tipped off by pilots I met in Provo that the entrance into Brazil would be expedited with three bottles of Scotch, a present for officialdom in Belem. This present of Scotch made up for problems with language. My minimal Spanish was no help in Portuguese-speaking Brazil. I was readily cleared through customs and immigration. After an overnight in Belem and an hour or so of formalities with a flight plan the next leg was over the Amazon jungle to Sao Jose dos Campos for gas.

At small airports English, the standard language of aviation, was not always spoken well by controllers. Knowing what to expect in the way of instructions carried me through. The next leg was to Brasilia. After some sight-seeing here in the Brazilian capital the next day put us in Rio, where the plane was surrounded by helpful urchins looking for a tip. In the excitement I neglected to turn the master switch off. The battery was dead when I returned the next morning. On the entire trip this was the only untoward event. After an overnight in Rio the next leg was to Porto Alegre, and this was followed by a stop at an airport just outside of Sao Paolo, waiting out some thunderstorms.

The Arrow seems slightly out of place on the ramp in South America.

The final leg southward was Buenos Aires where the plane was shuttled between Ezeiza airport and Aeroparque, why, I don’t really know, other than to please officialdom. From there commercial transportation was available to the meeting in Punta del Este, Uruguay.

The return trip was somewhat anticlimactic. Instead of overflying the jungle I overflew coastal Brazil, landing periodically for gas. The return was via Guadeloupe, Haiti, and the Bahamas.

The trip took 8 days down and 7 days back. There were other long trips, across the Atlantic in a new, well-equipped (for the time) Mooney 231, in 1982 and later across the US to the Napa Valley, but this trip to South America stands out in my memory.

The Great Debate: the worst FAA regulation is…
Scroll to top