Blog - Latest News
You are here: Home1 / Article Archive2 / I was there3 / Selling my airplane after 40 years

It was time to sell my plane. My 90th birthday was approaching and I was having mobility problems due to spinal stenosis that were only partially corrected by surgery. I had bought my Mooney 231 in 1981. My wife and I had traded in my Arrow and her Cherokee to move up a level. We added more avionics and an engine along the way during the 39 years we owned the bird. The engine presently was low-time and the interior was redone by Tom Trudeau at AeroDesign Concepts at Barnes Airport. 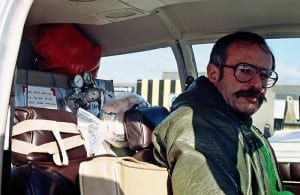 Memorable trips in the airplane include a North Atlantic crossing.

I had read that 12 was the average number of buyers interviewed before a sale. That was not how it worked out for me. I had placed ads in Trade-A-Plane and in the MAPA log. My first prospective buyer showed up at Westchester County Airport (HPN), my home base. I actually fell on my ass in my eagerness to demonstrate the best features of my plane. All to no avail as he turned out to be just shopping around with no desire to commit.

The time for an annual was coming up. After the annual was completed, Tom Trudeau generously offered to keep the plane and to handle prospective buyers. George Merriam, a CFII I had worked with, would demonstrate the flight characteristics to prospective buyers. Over the course of several months there were a number of tire-kickers who showed up, but no sale. Some expressed an interest but never got around to making the trip to actually see the plane. I did not take seriously the people who expressed interest but who lived on the West Coast. I was irritated by buyers who asked if the plane had speed brakes—in my mind, simple planning eliminated the need for speed brakes.

My first really serious prospect was an active airline pilot. He wanted a Mooney and was planning to sell his old Bonanza before closing the deal on my airplane. He made a trip up to look the Mooney over, but was disappointed in the cosmetics.This was a blow to me as I thought he would be the perfect steward of my beloved Mooney. In parting, he sent me a copy of a non-fiction book he had written. I read the book and found that it was filled with arcane aeronautical information, but lacked the glue that would make a successful, gripping story. I’m not sure what he ended up buying if anything.

Still another serious prospect was put off by minor leaks around rivets along the upper surface of the wings. The tanks had been stripped and resealed a couple of times. Looking into the future, there might be another reason to strip and reseal but there was certainly no need to do this in the immediate future. Nevertheless this this was the deal-breaker for him and his brother who had put the money in escrow for the purchase. 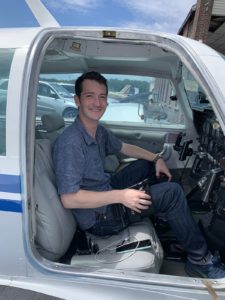 Finding the right buyer for an airplane like this isn’t always easy.

Strangely, another prospect with the exact same name turned up with an interest in buying. I thought this was a flakey attempt to provoke me and wrote him to back off. However he denied that he had ever dealt with me before. The mystery remains unsolved.

Still another prospect expressed strong interest in a buy, but wanted to knock $20,000 off the asking price, which was $110,000. This was not going to happen. A little research on my part turned up the fact that he was in his early twenties and had not established himself in his present occupation until recently. His arguments relating to supposedly similar Mooneys fell flat on my ears.

Finally, my buyer showed up. He settled on the asking price. After the buy he planned to wash and wax the plane, polish the landing light plexiglass covers, and change the landing light to LED. I have fine pictures of him in the cockpit and of him taxiing out for takeoff. My friend George Merriam gave him some instruction and signed him off. I’ve been following him on FlightAware, and see that has put the plane to good use. He recently completed a trip out west to Colorado Springs. Great going, Ryan.

Since selling the plane I’ve received four queries about the availability of the plane, a year later. My reply: it’s sold!

Go or No Go: Cirrus vs. southern storms

It wasn’t a fly-by
Scroll to top