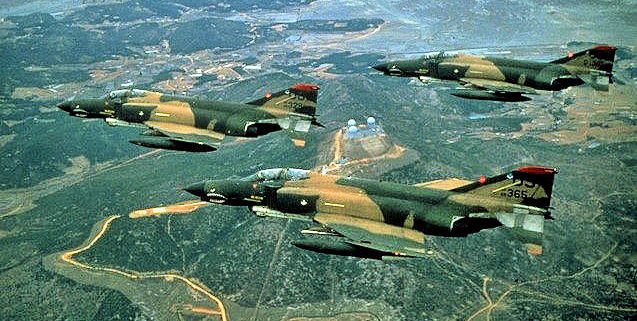 Back in the early 1980s there was a Change of Command (CoC) at one of the most forward military airbases in the Pacific theater. Changes of Commands are not really rare—across the American military there is probably one going on the vast majority of the days of the year. Some are extravagant—those for the Chief of Staff of one of the services, a major command four star, or a joint warfighting commander. Most others are not so expansive, but nonetheless they are important to the outgoing commander, his relief, and the men and women in the organization. One particular change of command took place at Osan Air Force Base in the Republic of Korea, a major instillation within several tens of miles of Seoul and the Demilitarized Zone (DMZ).

Osan was, and is, a crown jewel of American presence in the Far East. It is a complex including the warfighting headquarters of US and Republic of Korea Air Forces (ROKAF) on the Korean peninsula. It has intelligence gathering facilities monitoring the airwaves of Korea and surrounding areas of the Republic of China and Russia. It is a major aerial port, receiving military and contracted civilian aircraft bringing US military and civilian personnel and cargo and supplies in and out of theater 24/7, 365 days a year. 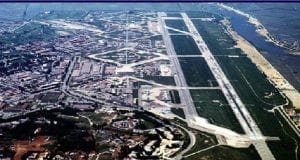 Osan was a very busy place in the early 1980s, with a wide variety of aircraft.

To elaborate for a moment, Osan was not like O’Hare at 5 o’clock, Nellis Air Force Base on a Red Flag recovery, but a busy, complex mix of aircraft with disparate missions: fighters (F-4, F-15, and A-10), reconnaissance and C2 birds (OV-10, U-2, RF-4C and the occasional E-3 and P-3), cargo and commercial heavies (C-130, C-141, C-5, and 747), also helos (HH-53s and a smattering of Army Hueys and Apaches). A broad mix of performance and cultures. Plus, there was always the threat of a contingency operation breaking out based on tensions in the Far East (remember the Pueblo?). Everyone there was conscious of the shadow of North Korea only a few minutes flying time to the north. The boss at Osan had lots of balls to juggle every day, and his task was complex and demanding—he earned every dime of his pay.

In the spring of 1982 it was time for a CoC of the 51st Fighter Wing. The outgoing commander was “Mean Gene,” a colonel with broad experience in tactical operation and a sound record as a commander for his tenure at Osan. He’d successfully weathered several inspections, postured his forces for a possible response to a SA-2 shot at an SR-71 reconnaissance aircraft on a mission along the DMZ, bedded down the first A-10 squadron in the Pacific, and laid the ground work for some major installation improvements at Osan improving warfighting capability and creature comforts for military and dependent personnel stationed there. He also survived the death of “Rescue Rat” during the speech of an Undersecretary of Defense on a junket through American bases in the Pacific—but that’s another story for another day.

It was time to prepare and organize the CoC for Mean Gene. There would be a ceremony with military music, passing in review of small bodies of troops representing the units of his command, presentation of the traditional award for completion of a successful tour, the Legion of Merit, and the passing of the unit colors from Mean Gene to his relief. There would be no celebratory aircraft fly-by. Fly-bys had been expressly prohibited for all but a few changes of command for several years—the reason for this rule was related to waste of government resources. Jet fuel, flying time, and maintenance for modern aircraft is not cheap. This was a visible but minuscule effort to show good stewardship of the public purse. So, there would be no fly-by for Mean Gene.

OK, you may not believe it, but there is an underground element of military organizations. Good commanders know it exists and use it to the benefit of their unit. The energy of the element is usually within the company grade officers—the lieutenants and captains. Used effectively, this energy can increase unit cohesion and performance. Out of control it can destroy an organization. A good commander, one who knows his people, knows about the underground and uses his leadership to focus it and make it an asset. There’s a lot more to say on this subject, but, suffice to say the young F-4 pilots and weapon system officers at Osan were positive parts of the 36th Tactical Fighter Squadron, the Flying Fiends. Their commander, Gonzo, knew them and their strengths—they respected him and were assets to the squadron. Assets.

The formal organization planned the change of command. Invitations were sent out, RSVPs taken. Facilities were scheduled and administrative details were laid out and followed. Weather was checked. All the details were vetted by the senior officer on station, the commander of the 314th Air Division, a two-star general affectionally known as “Fat Fred.” Fred was a Vietnam MiG killer, and formerly the commander of Tactical Air Command’s wing at Luke Air Force Base, the home of training for US and German fighter pilots. Fred was an innovator (Luke veterans will remember the “Fred Spread” and Invasion Stripes) and always looking for something new and inspirational for his pilots and WSOs (a disco dance off between Fred and the Commander of the ROKAF may not have been inspirational to the pilots of both air forces, but it was a sight to behold). Actually, Fred was probably part of the underground.

The day came for the Change of Command. The reviewing stands were close to the flight line, distinguished guests were greeted and escorted to their reserved positions at the review area. The sound system was set and tested. Everyone was assembled. Introductions and protocol were carried out to a T. Weather was clear. Everything going well. Everyone was assembled and the ceremony was underway.

Suddenly there was noise in the flight line area. Quiet hours were in force for 30 minutes before the ceremony until 30 minutes past. What the heck? Suddenly everyone looked to the right. Here came a flight of four A-10s, Warthogs approaching the airfield. Didn’t the Warthog boss get the word? Then slightly below and ahead of the Hogs were four OV-10s. And, from midfield two Jolly Greens broke out of a hover behind some of the big hangars and turned toward the ceremony. 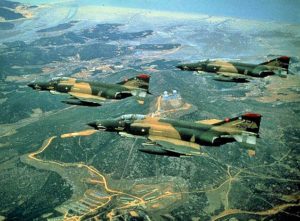 F-4s do make quite an impression when they fly by.

Good planning. Good execution. Good luck. Actually, all three were in play because the Warthogs, Broncos, and Jollys (with pararescue men hanging out the back streaming bright orange smoke from their signal flares) passed the reviewing stand in a near perfect vertical stack. The reviewing audience, DVs included, were speechless. Then there was a murmur. Wonder if the Phantoms will “not fly by.” Then everyone looked right again. There on the horizon was a big black smudge. It got closer. It was eight Phantoms—Double Uglys, Rhinos—line abreast at about 1000 ft. (maybe a little lower… maybe) above the runway.

Sixteen J79 smoking engines have a signature. Then the noise—16 J79s have noise. Then they were gone. There was “no fly-by.” But a good guy got a good send-off by his troops and the new guy had a benchmark to shoot for. I was long gone when he had his CoC. So was Fat Fred. So was Gladstone J, the former Thunderbird and 497th commander. So was Bronco #1. So was Jolly #1. So was Chuck. So was Gonzo. So was Molly. So was Silk, the Phantom flight lead. I bet there was really no fly-by event.

The outgoing commander was given the Legion of Merit (LOM) at his CoC. Emo, one of the Fiends with a golden throat, was the announcer at the ceremony and the reader of the citation of the Legion of Merit. The last line is canned—every award of the LOM is the same. Not for this one. At the absolutely wrong moment a gust of wind blew the script for the LOM off the podium. Emo pressed on and closed with a line he conjured up not even close to the script. All the heads turned, looked at him, and then looked at each other, with what a good friend called the “RCA dog” look, head cocked and puzzled, then stood for the closing departure of the outgoing boss.

Dismissed. Perfect end for a no fly-by CoC!

As the Phantoms departed, someone said, “hey the guy at the end had three tanks.” Later we learned that one of the F-4Es ground aborted, but a Kadena RF-4C headed to Osan for deployment heard the call the formation was one short. He volunteered to be number eight. He looked good—for a recce puke.

The 36th Fighter Squadron started up in World War I, where they “flew like Fiends.” The Fiends recently celebrated their 100th year of service to the nation, one of the very few aviation units of any nation to have been in active service for that extended period.

Steve Mosier
Colonel (ret) Steve Mosier served nearly twenty-seven years in the Air Force flying F-4 and F-15s in TAC, PACAF and USAFE. He was the TAC HQ F-15 requirements officer, and later the Chief of the Checkmate Group in the Pentagon.Memorable experiences include a combat tour with Satan’s Angels; taking the 336TFS to Germany on REFORGER; and leading the TAC F-15 Demonstration team, a KC-10 and B-52, to Santiago, Chile.He and his wife, Pat, recently celebrated their 50th wedding anniversary in Marietta, GA where they live near their family, Megan, Bill and their four-year-old grandson, Liam.

Selling my airplane after 40 years