Blog - Latest News
You are here: Home1 / Article Archive2 / I was there3 / A student’s cross country tale 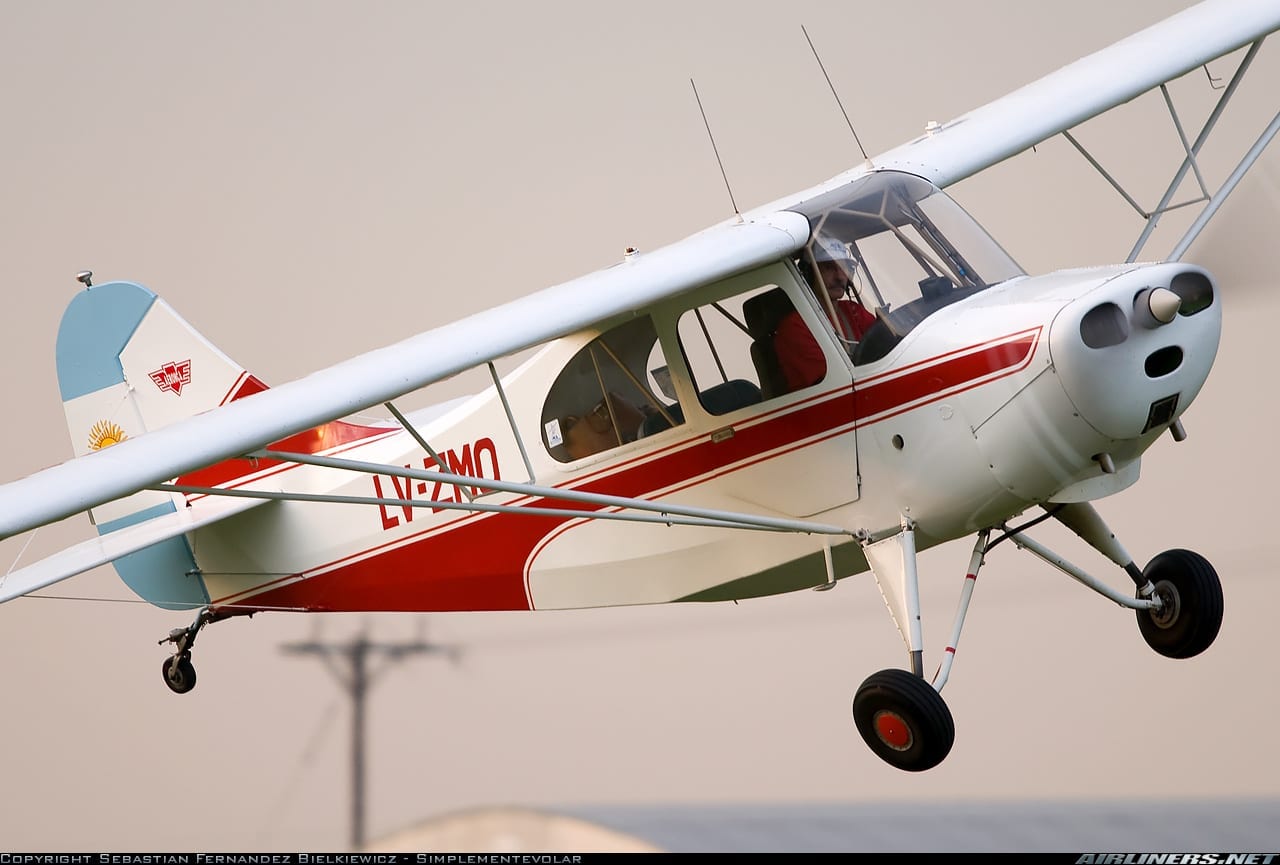 By mid-summer of 1956 I was 18 and had progressed far enough as a student pilot that my instructor decided it was time for me to do a long, solo, cross-country flight. Fresno, 181 nautical miles from El Monte, California, as the crow flies, was to be my first stop. After reviewing the flight plan with my instructor, I filed a flight plan with the CAA (Civil Aeronautics Administration, the forerunner of the FAA) by telephone, did a pre-flight inspection, climbed into the yellow Champion 7EC, hit the starter and – nothing.

The battery was deader than the legendary doornail. Fortunately, the flying school had two 7ECs and the other one was available, so I did a pre-flight on the substitute airplane, started it up and taxied to the run-up area at the end of the short runway. I was about to be on my way.

The Champion was a wonderful airplane, which may explain why 10,000 of them, in various models, were sold and why the American Champion Aircraft Corporation began production of a new version of the 7EC in 2007. The 7EC I was flying that day was among the last of the Champions made by Aeronca, in 1950-51. It looked more or less like a J-3 Piper Cub but there were some significant differences. The airplane was flown solo from the front seat instead of the back, so visibility was much better than in the J-3. This made instruction easier, too, because the instructor sat behind the student, where he could easily yell in the student’s ear, rather than in front. The cabin was a bit wider than a Cub, which made it somewhat more comfortable, and it had a real door on the right-hand side instead of that leaky, noisy, and all-round annoying fold-up fold-down thing that the Cub still sports.

The Champions that I flew had the bare minimum of instrumentation, the navigation aids consisting of a magnetic compass and a low-frequency radio with which one could talk to a control tower, if the airfield had one, and tune in to a low frequency radio range, should there be one handy. It was powered by a 90 hp Continental engine and cruised comfortably at 80-90 knots.

Having completed a run-up I taxied onto the runway and slowly pushed the throttle forward. As the tail left the ground and the aircraft accelerated, I pulled gently back on the control stick and the nose of the 7EC pointed skyward, eager to punch through the layer of brownish smog filling the Los Angeles basin. My plan was relatively simple. I would climb to 6500 feet to clear the Tehachapi Mountains, fly northwest over Pasadena to Burbank, then turn north and follow US 99 to the metropolis of Fresno. Once Fresno was in sight, the airport, located on the northeast edge of town, would be assured. Except for the layer of smog nestling in the Los Angeles basin, it was a beautiful CAVU day. It should have been an uneventful flight with the biggest challenge being able to tell Fresno from Bakersfield. Fresno was well north of Bakersfield, so I didn’t think that was going to be much of a problem. Two things occurred, however, that made the trip more memorable than routine, one of them providing an embarrassing lesson I have never forgotten.

Once at cruising altitude I flew above US 99 at mach 0.12, enjoying the scenery of the Tehachapi Mountains, and soon found myself over the southern part of the San Joaquin Valley, checkered with green fields of tomatoes, oranges, and other goodies being grown for our eating pleasure. Being a diligent student pilot I was, of course, following my progress on the sectional chart and scanning for traffic ahead and to the sides. What I didn’t know was that a surprise behind me was gaining fast. Suddenly there was a loud roar and two gray streaks, precisely at my altitude, passed either side of me and then were quickly out of sight. All that remained were two dark, jet exhaust trails. It seemed like the two military fighter jets had missed me by inches but I suppose it was more like 50-100 ft. And then I was caught in their wake turbulence or exhaust trail or whatever, because my 1300 pound Champion was tossed about like a leaf in a windstorm. I didn’t even have time to swear. It was all over in about 20 seconds and I was sure I could hear the two jet jockeys laughing at the “joke” they had played on the pilot of the little, fabric-covered, yellow airplane. Belatedly, I let them know what I thought of their actions using a few choice words I had learned working summer jobs in construction, but I doubt if they heard me.

What was the tail number again?

The rest of the flight was uneventful. I landed at Fresno Airport, parked at the FBO, and arranged to be refueled. In those days there were CAA offices at many airports and rather than call on the phone a pilot could walk into the office, file a flight plan, request a weather briefing, and actually talk to a briefer, who would pull out weather charts and discuss them with you. One could also open or close a flight plan that way. The CAA office in Fresno was right next to the FBO so I paid it a visit and informed the official behind the counter that I wanted to close my flight plan. I gave him the tail number. He couldn’t find it and it soon became apparent why—I had neglected to call and change the tail number on my flight plan when I had switched airplanes. Oh boy, did I get a chewing out. Pretty soon he and I had a routine going: he chewed and I apologized, he chewed and I apologized, etc., etc.

Finally, the CAA official was convinced that I had learned my lesson and he quit chewing. Actually, by that time there wasn’t much left of me to chew on. He signed my logbook certifying that I had actually arrived in Fresno.

“I’d like to file a flight plan to Bakersfield and get a weather briefing,” I said sheepishly, not daring to look him straight in the eye.

He retrieved a small pad of flight plan forms from under the counter and checked a square in box number 1 on the form. “VFR”, he announced without asking.

Then he poised his pencil above box number 2 and asked, with a slightly mischievous grin, “Tail number?”

Lost in the smog
1 reply