Blog - Latest News
You are here: Home1 / Article Archive2 / I was there3 / Father’s Day trip for Mom 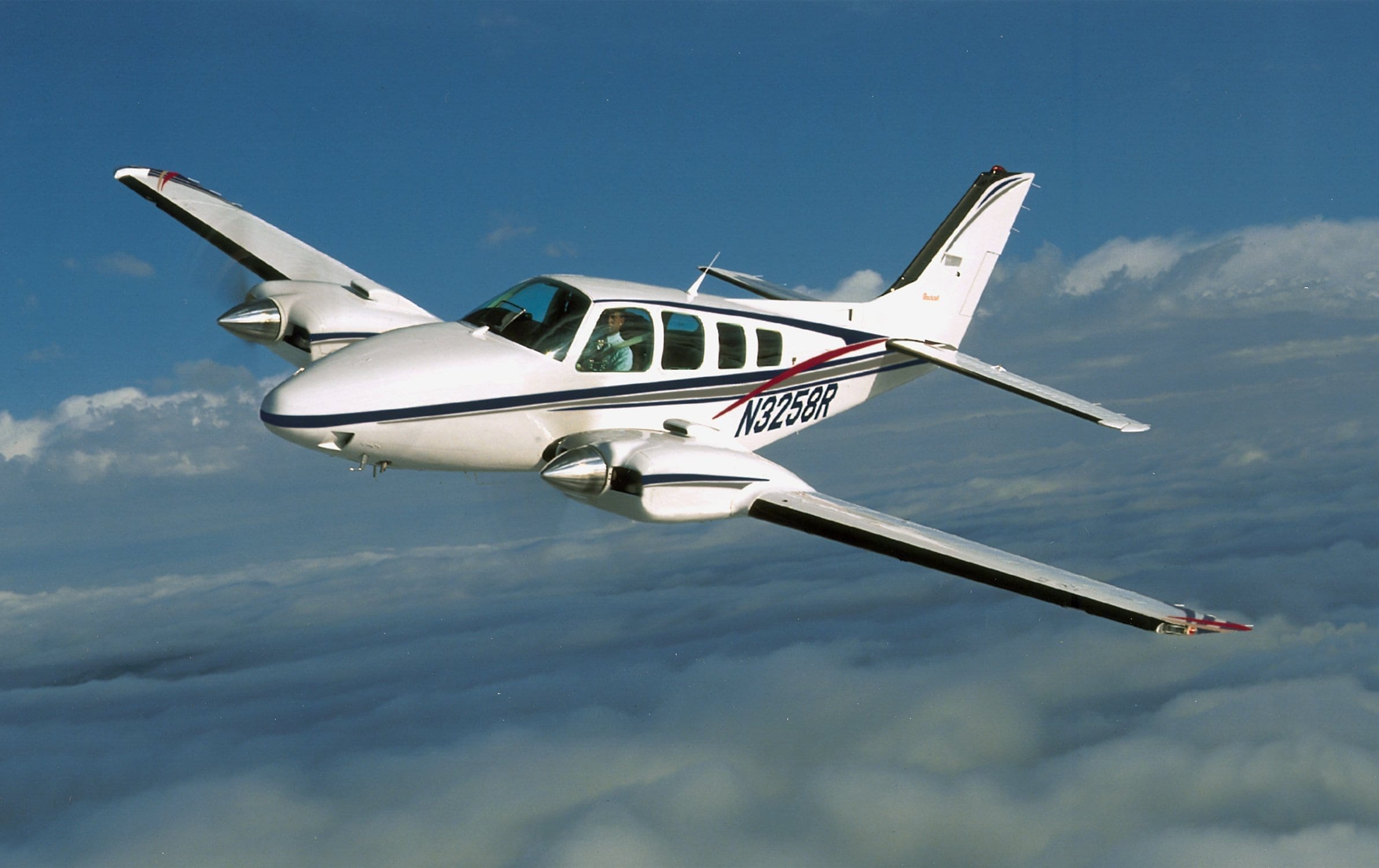 It was actually Father’s Day weekend, but this flight was all about Mom. The mission was to pick up my mother at her home on the Eastern Shore of Maryland and drop her at Long Island’s MacArthur Airport in Islip, NY to see her friend who lives on Fire Island. I had the choice of flying either my family’s Cessna 172 or Beechcraft Baron. While it would have greatly reduced my costs flying the Skyhawk, I was quite happy I chose the Baron given the conditions that emerged.

Two engines over the water is more comfortable.

A check of the radar in the morning showed Long Island getting hammered with moderate to heavy rain but the precipitation was moving east and was to have been long gone before my early afternoon arrival. The forecasts for Islip bore that out as well with VFR conditions predicted by my arrival time. Scattered storms were to form in the late afternoon as is typical for summer in the Northeast.

The first leg from the Montgomery County Airpark in Gaithersburg, Maryland, was VFR heading due east through the Washington Special Flight Rules Area (SFRA). Since the winds were favorable and I was flying alone, I elected to pop up to 5,500 feet for the short 53-mile flight. It’s basically up to Potomac Approach controllers whether or not you’ll be able to enter the Class B airspace and this morning I was granted the ability to enter.

My Mom lives on the family farm on which her father and husband created two turf runways laid out in a perfect X pattern optimized for the local wind conditions. While the runways are a burden to care for in the spring and early summer growing season, the convenience of having an airport steps from your door outweigh the labor costs. Besides, with the airplane, we are often able to fly above all of the traffic escaping Washington and Baltimore for shore destinations. Once I arrived there, I checked the radar while gulping down a quick bite at Mom’s house. The weather was holding to the forecast—so far.

We took off to the east and climbed to 7,000 feet while trying to pick up the IFR clearance in the air. We finally got it as we neared Dover, Delaware. We headed offshore on Victor 139 near Atlantic City, New Jersey. In the twin-engine Baron, I don’t mind flying what I call the “shark route” over water, but I wouldn’t accept this airway in the 172 unless it was the only option.

Routing in the Northeast is never predictable or sensible and this day was no exception. ATC gave us a revised route that took us toward the Hamptons then north to Calverton and finally southwest back to Islip. This scenic route made our trip time about 20 minutes longer than planned. But, the weather precluded the possibility of canceling IFR and going it on our own direct to the airport. Meanwhile, Mom was getting antsy as she had to catch a ferry to get to her ultimate destination and, being the perennially early type, this was not going her way.

In range of the ATIS, it became clear that the forecasts weren’t holding. The forecast broken layer at 2,400 feet was actually a solid overcast down to about 700 feet, requiring the use of the ILS to Runway 24. I managed to get a few corners cut off our circuitous route once we started dealing with Long Island Approach. I wasn’t too proud of my ILS flying behind the “legacy” panel in our old Baron, which requires quite a bit of scanning compared to the glass I fly behind at my day job flying for an airline. But we ended up in the right place without going more than a few dots off.

We parked nose to nose with Donald Trump’s new Boeing 757 on the ExcelAire ramp at ISP. He was getting a movie theater installed on his new ride. Since we were about 20 minutes late, the cab that was waiting for Mom decided to leave just as we were unloading the airplane. This did not help her nerves regarding the ability to catch the ferry. After an additional 20 minutes of hearing “he’s on his way,” one of the nice folks at ExcelAire made the run in her personal car! This, from a company that didn’t charge us a ramp or “handling” fee, was above and beyond and very much appreciated. It was rural, “Mom and Pop” courtesy at a big airport.

After seeing Mom off, I saddled up for the return to the farm and got another lesson in filing IFR to a private airport. When I was told to, “standby for a full-route clearance,” I figured there would be trouble. The clearance had me going westbound on a route far to the north of my intended route and terminating about 60 miles beyond my destination. Needless to say I respectfully asked for a new route. Eventually, we got it straightened out and despite flying 20 miles the wrong way after takeoff, I had an uneventful flight back to the farm to stay in Mom’s house for Father’s Day weekend. Oh and Mom made the ferry.