Blog - Latest News
You are here: Home1 / Article Archive2 / I was there3 / First time for everything 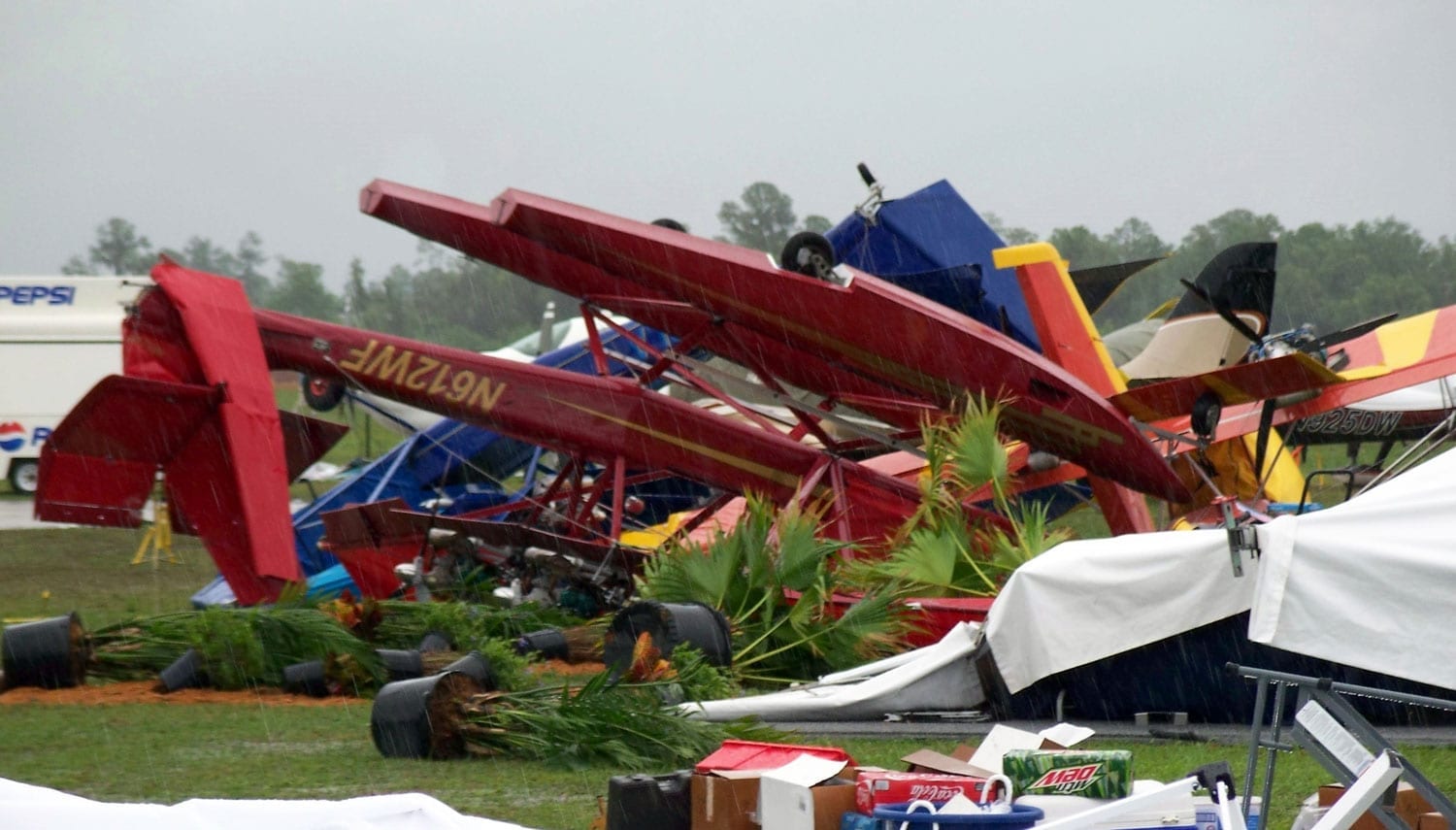 A family trip to Florida leads to an unexpected clearance

Our recent family trip from the Washington D.C. area to visit family and drop our money at Universal Studios in Florida was off to a crummy start and we hadn’t even left our house. A strong cold front was advancing to the East coast and trailed into northern Florida touching off daily rounds of thunderstorms over our first destination of Orlando’s Executive Airport. If we were to launch it would be a long, bumpy ride in 50-knot headwinds in my family’s Beech Baron. And after that long slog, there would be no guarantees of when, or if, we’d make it. Rather than give my wife and daughter a long, bumpy ride with a good chance of a crew car and a Motel 6 as a destination, I postponed the hotel and rental car and waited a day.

The following day was better. The first 650 nm was low IFR but lacking storms or any icing. Thunderstorms were still predicted most of the day on the TAF at Orlando International, but they were forecast to push out by 1500 local. The low IFR weather was so widespread, I had a hard time finding an alternate, but a good old-fashioned chat with a briefer found me a legal alternate in Fayetteville, NC. We departed into a low IFR with a smooth ride and just a trace of ice on the climb to 8,000 feet, where we were between layers.

The aftermath of a strong "Confederate front"

Anson County Airport in Wadesboro, NC was our planned fuel stop, chosen because it had an ILS and the all-important-to-twin-owners—inexpensive fuel. On check-in with Charlotte approach, I was told that the ILS was notamed out of service. I mentioned that my briefing a few hours prior said nothing of the sort and with the AWOS-reported ceiling at 700 feet, I’d most likely be needing that ILS.

After hurriedly setting up for and researching the RNAV approach to Runway 34, the controller got back to me and said the notam had expired a few minutes ago and I could fly the ILS. Phew. On arrival, I met the airport manager who said I was the first non-government owned airplane to fly the new ILS.

We got our cheap fuel for the thirsty twin and I called for another briefing. When I asked for a standard brief, the guy on the other end said, “I hope you have a lot of time.” Not a good sign. Meanwhile, the airport manager was on the phone with his buddy at Sun ‘N Fun in Lakeland, Florida. He was getting the story of the tornado that just roared through making a mess of the airshow as well as destroying many airplanes. This system that had lingered for days was now getting angry. But the forecasts still had the weather moving out after 1500 local, but I was now becoming increasingly skeptical. Regardless, we trekked out to the airplane.

I always call for my clearance on a handheld radio or telephone prior to starting engines and I sure was glad I did that day. On the other end of the phone the controller says, “we’ve been looking for you.” No pilot wants to hear that from ATC and I initially assumed I forgot to cancel my flight plan.

“No we just wanted to let you know that you’ve been assigned an expect departure clearance time (EDCT) of 1740,” the controller said. That’s a first, I thought. As an airline pilot I get EDCT times routinely, especially when flying in and out of any of the New York City airports. But for GA? This was a first. I explained that we wouldn’t be getting to the area for another three hours and the weather would likely be moved on by then. No joy. I asked if I could file to Craig in Jacksonville, which had good weather. No joy, again. Apparently, Florida was closed to all arrivals. As Richard Collins says, the often-present “confederate front” was cutting Florida off from the Yankees.

So back to the FBO we went to wait it out. Cartoon Network was on for my eight-year old and my wife wiled some time chatting with a passenger in another Baron who went to her alma mater. I was quite impressed with the controller, however, who asked for my number to give me a call in case our time got moved. I’ve never had that kind of service before, even at my airline job. After about 45 minutes, my phone rings and it’s my friendly controller telling me my time has been moved up and we should be ready at the runway in 15 minutes. No problem.

On the way to Orlando, I was religiously checking the Nexrad image on the Garmin 496. My brothers and I only subscribe to the basic XM WX package, which doesn’t show lightning. We deemed that OK since our Baron is equipped with an Insight Strike Finder. On this day that Strike Finder was lighting up most of the pixels ahead and distant. Everything was fine until we got about 30 miles north of Orlando where we entered light to moderate rain. The Nexrad painted a dismal picture, but it’s not unusual for it to overstate the weather, so we pressed onward into the maw. Ranging down the Strike Finder to 50 miles, gave us a much better idea of where the really bad stuff lurked to the south and west, and I was glad to see that its picture matched up pretty well with the nexrad.

As we got closer, we witnessed some cloud-to-cloud lightning, but the ride continued to be smooth despite flying through long up- and downdrafts that caused the airspeed to go up and down 15 knots—definitely some unstable air. Orlando approach was working a parade of airliners into MCO and that put us and a Pilatus in a hold for our turn at nearby ORL. “It’ll be a few minutes before we can get you in,” was the word.

Power way back and lean-of-peak EGT, I had the Baron sipping about 13 gph total while I got delay vectors east and west near Sanford Florida’s big runways. If things got worse, I felt better having a big airport right below me. Thirty-five minutes later, the Pilatus got a turn at the approach, with us to follow right behind. Oh, and the approach is the LOC BC Runway 25. The last time I flew one of these was on my ATP checkride some 13 years ago—cue the lecture about practicing different approaches.

Our old Baron doesn’t have an HSI, so I got to enjoy all the fun a back-course approach brings—reverse LOC sensing, and the dive-and-drive along the fixes. For a guy who flies 800 hours a year behind glass instruments, I have to constantly prod myself to scan, scan, scan when I fly light airplanes. I also have to admit that I wasn’t familiar enough with my autopilot to know if it would track a backcourse (I found out that, technically, it can’t although the GPSS will fly the course in the GPS while using the other LOC for raw data), so I elected to hand fly it rather than risk having to go missed and spend more time in a hold. Thankfully, the magenta lines on the Garmin 430 and 496 greatly aided my situational awareness and corrected my tendency to make erroneous corrections.

We broke out at about 1,000 feet and picked up the runway, before the LOC got too sensitive and revealed my subpar backcourse-tracking skills. Winds were howling out of the west at 25 knots bringing the Baron’s touchdown speed to Skyhawk speeds. The wet runway provided a smooth touchdown to cap off a long day of flying.

When the automation heads out to lunch
Scroll to top