Blog - Latest News
You are here: Home1 / Article Archive2 / I was there3 / My most important checkride 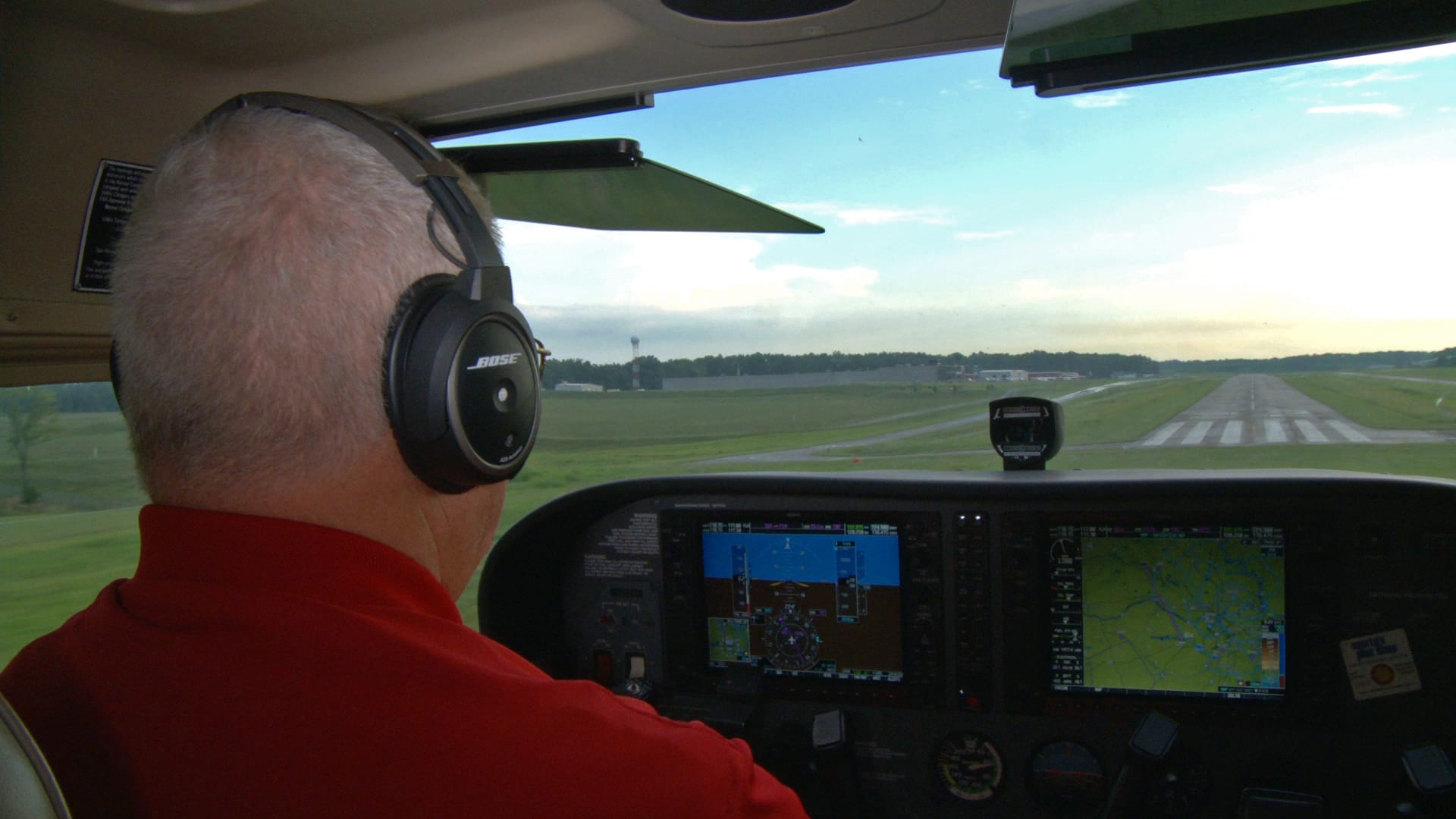 Remember your first check ride? Remember the jitters you felt, the shaking hands, the funny feeling in the pit of your stomach? Well, I remember mine, and it was nothing to compare with a flight I had last week.

I’ve been married for about three years, but I just got back into flying after a ten-year break. Last week I took my wife up for the first time.

Now Chris wasn’t critical or obstructive about me getting back in the air, actually the opposite. The day I went out looking for an instructor and a 152 to find out if I’d forgotten how to fly, I came home happy as a kid on Christmas and stayed that way for days. She figures anything that can keep me like that is a good idea.

No, Chris’ concerns had to do with me. On the ground, I’m a bit of a klutz. When we’re driving together, I’ll miss exits and street signs, and having grown up where all the streets run to squares, these twisty New England roads are forever getting me lost. She was honestly concerned that I was going to kill myself, despite the entries in my log that showed I really did know how to fly, and that I couldn’t start flying again without an instructor signing me off. The transformation that occurs when some people get into an airplane is something she had never seen.

Make it a greaser–the “examiner” is watching

She went out to Sterling airport with me when I did the flying for my flight review. She saw me fly off into the distance and return an hour later, watched me land the aircraft a couple of times, and saw a balked landing that I wished she hadn’t. Of course, she didn’t know enough about flying to know it was a balked landing. Once I was back, Chris said she felt a lot better, having seen me, with her own eyes, go up and get back down in one piece.

One sunny day shortly after that, Chris asked if it was time for me to take her up. I sat there for a few moments, thinking hard and fast on how to say “no” without it sounding bad. Finally I said, “I think, before I start taking passengers, I need to solo first.” Yes, I was signed off and legal, but I still hadn’t flown an airplane by myself for ten years.

So after work one day, I went out to the airport and shot touch and goes in the 172. Every one was a squeaker, but I was working too hard. I was still having trouble getting the pattern just right: I seemed to be too high or too low every time I turned base. I finally hit one right on the money and called it quits.

A few days later we had one of those “Chamber of Commerce days”, the sort that locals like to advertise to lure the unwary to New England. I called home before leaving work, caught Chris coming in the door, and suggested that she grab my flight bag and meet me out at the airport. It was Exam Time.

At the airport, the first order of business was deciding where to go. Rather than just bore holes in the sky, I suggested we go to Northampton, Chris’ hometown. This turned out to be an inspired choice. Finding the airport would be no problem because a VOR a few miles beyond it would give me a line right over it. Even more important was the fact that flying a route she’s driven often and going to a place that she knows well gave Chris something to relate to.

In the pre-flight brief, along with the “This is a seat belt” routine, I remembered to tell Chris that things would get really quiet when we started to come down and to keep her eyes’ open for other airplanes. Both of those turned out to be important.

Chris read the checklist for me as I went through the start and run-up. I took one last look over at this lovely lady who means so much to me and asked if she was ready to go flying. She answered yes, so I took a deep breath and pushed the throttle home.

You couldn’t have asked for a better flight. We went up to 3,000 feet and we could see Mount Manadnock in New Hampshire clear as a bell. I pointed the airplane at Northampton and very soon picked up the VOR and got on the right radial. My flying wasn’t sharp. I wandered up to 3,500 ft. and took a while to get on that radial, but Chris didn’t care. She’s a born navigator, always looking out the window, looking at the chart, wanting to know where she is and what will show up next.

Watch out for the C-5s

Off to the left, I realized we were crossing the centerline of Westover Air Reserve Base. I didn’t see any traffic, but I double-checked that we were outside of their airspace, both vertically and laterally. We were, and the transponder was squawking Mode C to boot. I was really keeping my eyes peeled, though, as we crossed extended centerline of their long runway.

Chris spotted the airport before I did. It seems like every airport that I fly into on cross-countries in the Mid-west and New England has corn growing along the runways. Talk about camouflage! The field looks just like a cornfield because it is a cornfield!

I got it down and stopped with no grief, and then we taxied over to where we could get out and stretch our legs, then cranked it up and headed back.

The trip back was much better, from my point of view, anyway. Heading and altitude stayed where I wanted them. The only thing even a bit exciting happened as we were crossing Westover’s extended centerline again. Some big transport I didn’t recognize showed up on our left, evidently on a 10-mile straight in approach. He never twitched a whisker, and I think if we would have been a speared fish if we hadn’t turned. He never even got close, but the bearing was steady.

It was so clear that we could see downtown Boston from 50 miles away, the tall towers swimming in a just a bit of brown murk. The huge Quabbin Reservoir, source of Boston’s water, looked like one of the Great Lakes. Boston submerged about a half-dozen towns to keep their own taps flowing, and they’re all still down there, under all that blue water.

Home plate showed up just when and where it should have. The landing was fine, and we taxied to the 172’s parking spot, where we ran into the biggest problem of the whole trip: how to get that blankety-blank cockpit cover on!

What all came down to, for me, was the smile on my wife’s face. It stayed there even after we paid the bill. I’d passed the check ride.

Lost in the smog
3 replies

No Damage, No Injuries
Scroll to top