Blog - Latest News
You are here: Home1 / Article Archive2 / John's blog3 / Do you cancel too many flights? 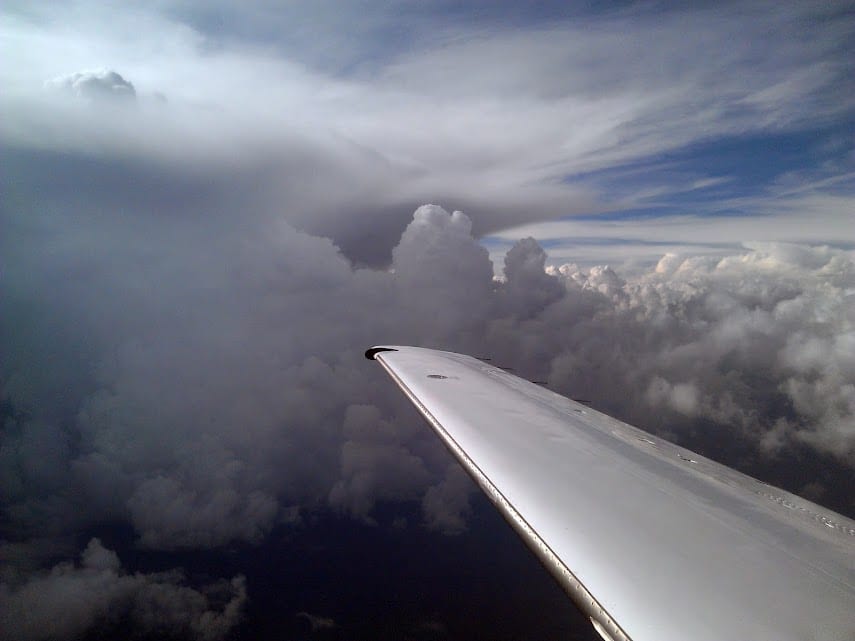 One of the most popular features on Air Facts is our “Go or no go” series. In these articles, we present a hypothetical flight and then review the actual weather conditions. Readers are asked to make their own go/no go decision.

The comments are revealing. While many pilots take a thoughtful and realistic approach to trip planning, it’s surprising how many vote “no go,” even in fairly benign weather conditions. Whether it’s the wind or the possibility for icing, some pilots apparently are uncomfortable in anything less than clear skies and unlimited visibility.

It raises the question: do you cancel too many flights?

Do you always have an out?

Has the aviation community beaten everyone over the head with the risk management stick so much that we’re all afraid to fly? From what I read and hear, I think it’s quite possible.

Now before you accuse me of being reckless, let me offer a couple of important qualifiers. First, I’m talking about IFR flying here. By definition, VFR means conservative and demands a wholly different approach to weather decision making. Secondly, just because a trip is legal does not mean it is safe, and I firmly believe that personal minimums should always be the final determinant.

So why do we cancel so much? Every pilot is unique, but I think there are three major reasons.

1. We put too much stock in forecasts

The TAF does not make the go/no go decision. To delegate decision-making authority to an hours-old text forecast is lazy, naive or both. Now I certainly don’t advocate ignoring a forecast, but neither should pilots put complete trust in them. Let’s call this Richard Collins’s First Rule of Weather Flying. As he explains in his book, The Next Hour:

“One thing is always true of weather…Regardless of what is reported, what you see is what you get…we have to always fly with a complete distrust of reported weather conditions.”

This sounds incredibly obvious, but it’s actually a deep and important concept. Many pilots subconsciously think that as long as the forecast is good, the flight is not in danger. It’s simply not true. But this cuts the other way too–just because a 12-hour-old forecast says there might be some low ceilings does not guarantee there will be. A serious pilot will review all the weather information, including a thorough review of the overall weather picture and current Pilot Reports (PIREPs), to make his own forecast. The TAF is one data point to consider, nothing more.

Yes, get-home-itis is a major cause of accidents, especially for VFR pilots. But the much-maligned tactic of taking a look can be safe for an IFR pilot if it’s done properly. You just have to have ironclad rules for when to quit and you must always have an out, whether it’s turning around or landing short. As Mac McClellan succinctly puts it:

“How do you go places in an airplane? You depart when the weather is good enough, and then continue only as long as it remains good enough.”

Here’s an example. Last summer I was trying to fly back to Cincinnati from the Southeast, late in the afternoon. The usual pop-up thunderstorms were all over Georgia, Tennessee and North Carolina. Indeed, as I reviewed the radar in the FBO before takeoff, it looked almost impossible to find a path through. But a closer look revealed that these were all air mass thunderstorms–there was no frontal activity and no organized squall line. In addition, it was obvious that I could take off in perfect conditions and have an easy out for the entire route. The end result was a completely uneventful flight, with only a few minor deviations. What looked like tightly packed thunderstorms on the ground-based radar were in fact scattered enough to allow for wide gaps between cells.

Obviously you can get carried away with this philosophy–it’s never acceptable to blast off into the face of a severe thunderstorm or have no plan other than crossed fingers. But if it’s done in a disciplined way, you might be surprised at how many flights you can complete (at least partially) if you go take a look.

Instrument flying is about weather as much as it’s about flying the procedures. And yet many pilots spend the majority of their instrument training practicing procedures and paperwork. Some never log the first hour of actual IMC, much less practical cross-country weather flying. Just as a person who has never completed any training on gun safety will be overly tentative with a pistol, an instrument pilot who has never seen weather systems from the cockpit will be hesitant to ever get close.

Certainly we could and should improve instrument training. But if you’re already a rated instrument pilot, you have to learn weather flying somehow. And slowly exposing yourself to progressively worse weather conditions (up to a point) can be a fantastic learning experience. Do it in a thoughtful and deliberate way–maybe even with another pilot in the right seat–but get out there and see Mother Nature.

So how do you vote “go” more often, but still stay safe?

In the end, smart and efficient weather flying takes dedication, discipline and a willingness to learn. But that’s true of flying in general–it’s probably one reason you enjoy being a pilot in the first place.

You could easily find a reason to cancel every flight. Don’t cheat yourself out of great utility and learning.

Lost in the smog
16 replies