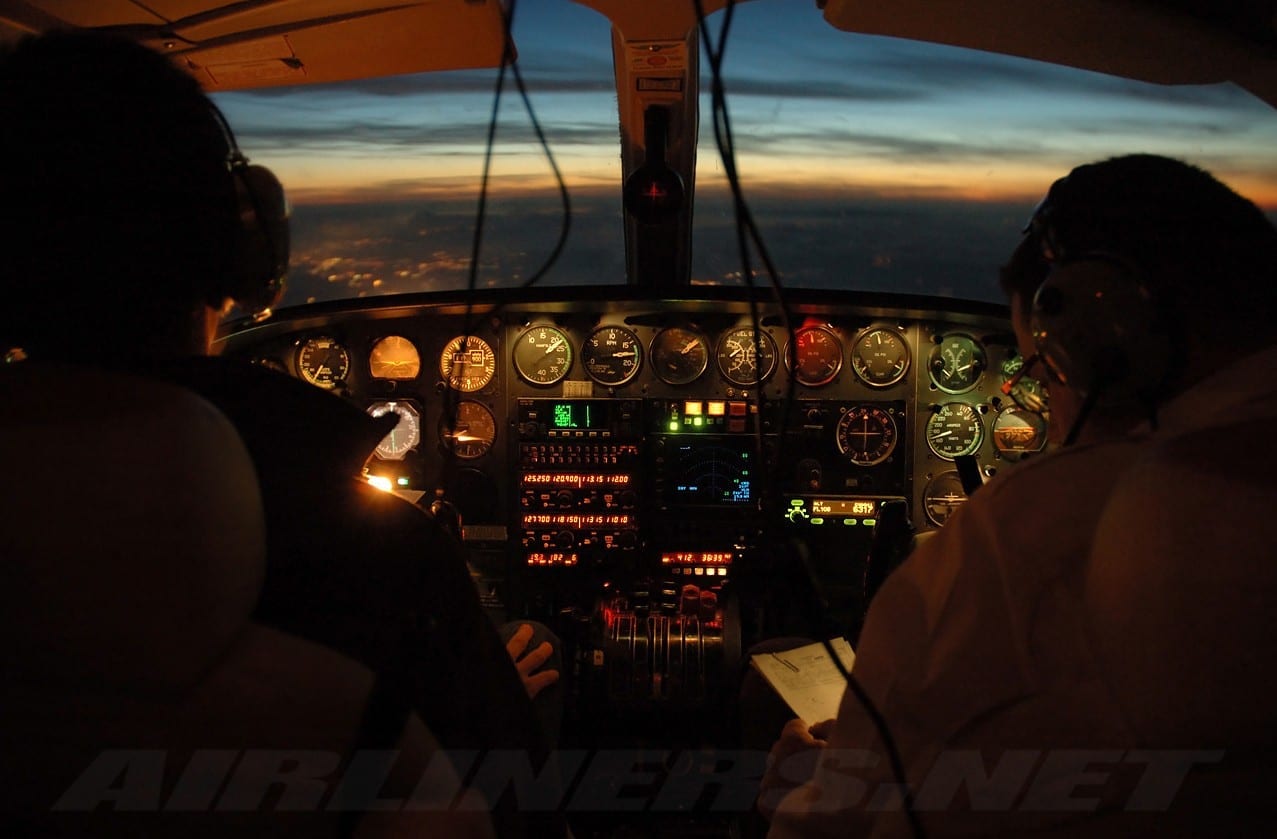 We are on there…

“Improve general aviation safety” is on a recently issued National Transportation Safety Board list of ten things that it wants to do. Funny they should mention that. It was on my father’s list when he started Air Facts in 1938, it has been on my list since I joined him in 1958, and I guess you would now say that it is on my bucket list.

Over the years, the government has taken occasional interest in general aviation safety. When Elwood “Pete” Quesada was appointed in 1958 by President Eisenhower to be the first administrator of the just-formed FAA, he was astonished by the general aviation safety picture. Pete’s aviation career had been military and he had no idea what was going on with us. He had to resign his three star general rank to head the FAA because the charter said that only a civilian could be the administrator, but he was still an Air Force general at heart.

The NTSB is watching.

Plain-spoken to the point of being blunt, Pete decreed that general aviation safety would improve by 25-percent in the first year of his tenure, by his order. Nobody but Pete thought that could be done and in spite of some hastily drawn up safety initiatives, nothing changed very much. Nor has there been any revolutionary change since.

Lumping general aviation safety together is an accepted practice but it is not realistic. The activities are too diverse and need to be considered separately. There is instructional flying, recreational flying, agricultural flying, private air transportation flying and professional flying. The airplanes range from ultralights to intercontinental jets.

Even in the same area, different airplanes have varying accident rates. The only safety concern that spans everything is crashing but the frequency of and reasons for the crashing vary widely according to the type flying and even the type aircraft flown.

In each area, the safety record we get is a product of the rules, the pilots involved, the airplanes, and the environment in which the pilots fly those airplanes. To make any change in the record, one or all those elements would have to be modified.

The worst accident rates are found in the recreational operation of experimental airplanes. When compared with other types of flying the rate truly stands out. But that kind of flying is totally different from, say, flying for personal transportation.

The pilots are different, too. Pilots flying for recreation are looking for enjoyment and the pure fun of darting around in the sky. Which is to say that, in large part, their airplanes are toys that they play with. Play too hard and problems arise.

The environment is different, too. The recreational use of airplanes tends to take place at smaller airports, with less margin for error. That is true whether the airplane is certified or experimental.

The record in experimental airplanes and other recreational flying is just what happens in the activity. Noise can be made about making the record better, but it can’t be done without screwing up the wonderful freedom of that kind of flying. The risk is higher but if folks are free spirits, and want to take chances, that’s their choice.

To some pilots, taking that risk is part of the thrill of the activity. Many such pilots look at safety-conscious pilots as goody two-shoes. Maybe, though, some of us have gotten our risk thrills elsewhere. My father was a great proponent of aviation safety and got his youthful kicks by standing up on the seat of his motorcycle and racing trains. He had the scars to show for it, too. I know of another young Collins who raced cars on the back roads of Alabama, at night, with no lights on, and with a snoot full. No scars there, however.

The point is, you can be a daredevil elsewhere but still bring a cautious attitude to flying. Actually, that is necessary for survival because crazy or sloppy flying is much more likely to be lethal than crazy or sloppy driving.

One thing that is the same for all are the pilot certification standards. They are uniformly slack in all flying that is not done for hire. The same thing is true for proficiency maintenance regulations. Our flying is probably the least regulated activity out there that has such a high potential for lethal outcomes.

In fact, little is required of pilots and anybody who can pay the money can get the certificate and stay legally current. And most pilots do well until some egregious flying sin results in a wreck or wrongful flight into regulated airspace. Then the tentacles of the bureaucracy will try to strangle any remaining life out of the pilot.

My main area of interest has always been transportation flying. There is plenty of fun, or challenge, there and the safety record is a reflection of how pilots manage the risks.

Weather is a big factor and when pilots try too hard for the reward of being there on time, the risk goes up. There is no such thing as hard or easy IFR but there is weather that is beyond the ability of a lot of instrument pilots. A really well-trained and proficient pilot flying a well- equipped and perfectly maintained airplane can address most of the weather challenges but if there is any weakness in any area… Boom! The risk goes out of sight.

The record in transportation flying is what it is and to find any improvement, some of the utility and reward would have to be legislated out of the activity. I have always thought that the only practical improvement could come from a modification of the night IFR training and proficiency requirements.

The way it stands now, you can fly passengers at night in low IFR conditions as long as you have completed the required night takeoffs and landing in the past 90 days. There is no night IFR training requirement. It is no wonder that the record in night IFR flying is one of the worst in certified airplane flying. Pilots need to be trained in night IFR and need to maintain proficiency if they are going to engage in the activity.

Some of the other training emphasis apparently doesn’t do an adequate job of preparing pilots for real sky flying. That is one reason that the majority of fatal accidents are related to two things: low speed losses of control and weather.

In training, the emphasis is on teaching stalls, not on teaching pilots how to fly to avoid stalls. Stalls done at altitude are nothing at all like the lethal low altitude stalls. The visual sensations are different, the feel is different, and the departure from controlled flight is different.

I flew my P210 for 28 years and almost 9,000 hours. I never stalled the airplane and I never even came remotely close to an unintentional stall. I never heard the sound of the stall warning system. I knew how to fly the airplane to avoid stalls. Someone once told me that I flew it gently. That was the goal. That should also be the goal as we teach new people to fly.

Weather is a whole different matter. It is not a “thing,” and even the best educated meteorologists learn something new every day. If they don’t, they are pretty lousy forecasters.

Pilots learn to read forecasts and reports and are tested on the ability to do so. That is easy. What is more difficult is dealing with changing conditions that might not match the forecast or report. The best thing a pilot can do is to recognize that what you see is what you get and if it doesn’t look good, don’t mess with it.

There are plenty of seeming aberrations in accident statistics. Some are a result of people manipulating numbers to make them suit a need. Most, though, are not aberrations and have a valid reason for being.

Take the Cirrus as an example. The SR-20 has a good accident record, the more powerful SR-22 is not so good. Why? Pilots who buy the faster and more expensive airplane likely try harder to make it deliver. In pushing for success, they take more risks.

Any improvement in general aviation safety would be wonderful but it is not likely to come because nobody wants to mess up the freedom and utility that we have now. To make general aviation flying markedly safer, you’d have to smother it with regulations.

What we have now is a voluntary safety system. There is all manner of information out there for pilots who want to fly safely. The trouble is, the pilots who go for that information don’t really need it. The pilots who do need to read and heed the safety sermons don’t go for it.

So flying winds up as safe as an individual cares to make it. The mechanics of it are not hard to learn. Developing a healthy state of mind in relation to flying is more complex. It is as much about keeping the pilot’s and the airplane’s attitude in the right place as anything else.

In closing, one more word about accident statistics: The government doesn’t have much of a clue about the hours flown in general aviation. Any change in accident rates has more to do with FAA’s wild guesses about hours flown that anything else. That is why accident rates seem to jump around from time to time.

The Great Debate: can we “make” flying safer?
18 replies

Lost in the smog
Scroll to top