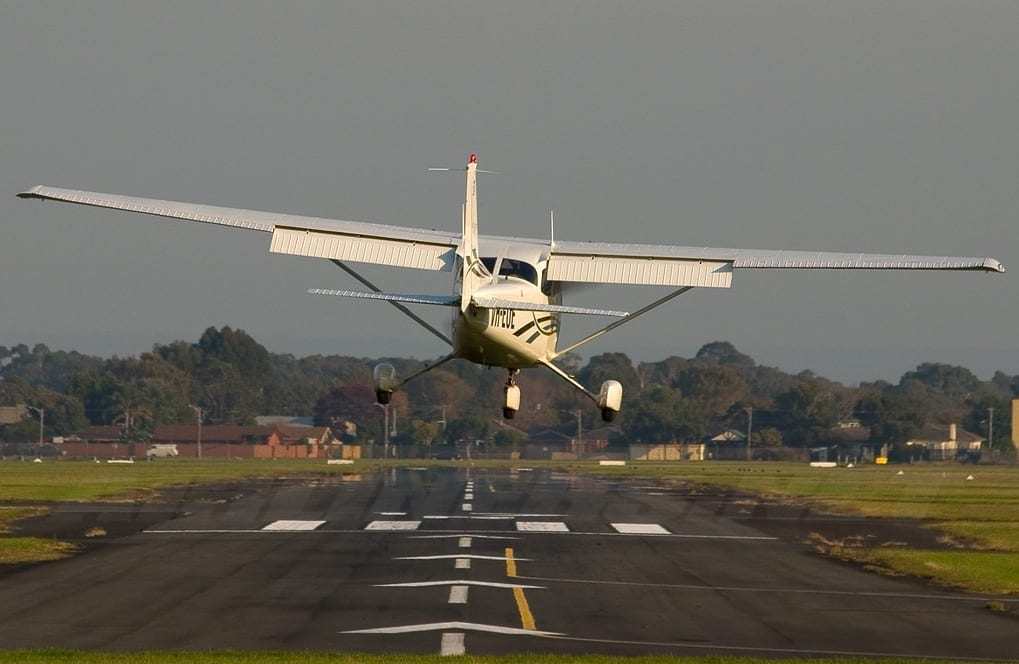 On September 27, 1947, the USAF flew a Douglas C-54 across the Atlantic and landed at Brize Norton air base, 40 west of London–automatically, untouched by human hands.

I once rode in the jump seat of Concorde through a near zero-zero automatic landing at JFK. The visibility was so bad that when the FE called 14 feet (main gear above the runway information from the radio altimeter), my thought was, “you have to be kidding.” I hadn’t seen a thing up to that point except when looking down and the beautiful airplane touched down a moment later.

The British pioneered autoland mainly to address their famous fog. Today most jet airliners are equipped with autoland.

If a computer can do it, why do humans struggle?

So if for the past 65 years we have been able to fly and land electronically, we should be able to teach a chimpanzee, or at least a pilot, how to do it with no trouble at all. That we can’t do this is illustrated by the fact that there are more accidents on landing than in any other phase of flight. That is especially pertinent when you consider that the actual time we spend in the process of landing can be measured in seconds.

The day might come when our light airplanes can be landed electronically. Until then we are left to study the subject and discuss it in never-ending explorations and discussions on the fine art of landing. Think along with me as I offer thoughts and then add your thoughts at the end.

I once wrote that I consider the arrival in two segments. The first is the approach. Many pilots hold that a long stabilized approach is required if it is to be followed by a good landing. I didn’t subscribe to that because there are a lot of approaches where you might need to hurry up because of a following airplane.

One thing is true: the approach absolutely, positively must be stabilized when the airplane crosses the runway threshold. If the speed and altitude are not precisely correct there, the likelihood is high that the landing will make you blush. If too much speed is carried into the flare, trouble doubles. An airplane decelerates half as fast in ground effect as it does out of ground effect.

All that is required to fly an approach that is not stabilized until the very last is an understanding of the deceleration characteristics of the airplane and a good plan to make the peanut butter and jelly come out even at the threshold.

The autoland system gives clues on how to make a graceful arrival.

As the airplane reaches 200 feet on the glideslope, the autopilot is flying a simple coupled approach with the autothrottles maintaining the desired speed. The airplane is still tracking the glideslope but the computer starts adding height and sink rate to the equation at 200 feet.

At 35 feet the “flare logic” takes over and the flare begins. At 20 feet the system starts to close the throttles and the autopilot lands the airplane. There is a 14-foot decision height call which gives one more point of reference on the descent.

When it is broken down like that for a computer to manage, it sounds simple. If a human can visualize those heights and judge altitude accurately as the airplane slows down, then he can land just as well as the computer.

There are, however, many other considerations. Most jet airliners approach in a nose-up attitude, meaning not much pitch change is required in the flare. In most light airplanes, there is more work to do. The difference in the approach attitude and an acceptable touchdown attitude is greater.

When a tricycle gear airplane is at rest on the ground, all three tires are on the ground. Obviously this is not an acceptable landing attitude. A proper touchdown comes on the main gear, with the nosewheel coming later. If the landing is nosewheel first, or all three wheels simultaneously, porpoising can occur with resulting damage to the airplane. This is one of the leading causes of landing accidents.

The thing that most often leads to an improper touchdown attitude is too much speed at the time the landing process begins and after the airplane is in ground effect.

When tricycles first started taking over from tailwheel airplanes, many purists thought full stall landings should be made in trikes, just as was most common with tailwheels. There are still some who feel that way and there is nothing wrong with that other than the fact that some airplanes, especially heavier singles and light twins, can be awkward in full stall landings.

Some tailwheel airplanes weren’t particularly happy with full stall landings. Three such that I flew were the DC-3, Beech 18 and Globe Swift. Most pilots made wheel landings in these, where the airplane is flown onto the runway in a more or less level attitude, touching softly on the main gear.

The three airplanes I mentioned had one thing in common: a big opening on a lower surface (wing or engine nacelle) that would start to scoop air as the angle of attack increased. That resulted in a rapid increase in drag and thus rapid deceleration right at the last and you had to be super quick of hand and eye to make a good three point landing in one of these. Most pilots didn’t even try.

Where to look when landing is a key point, especially on some airplanes. The Cessna P210 that I flew for years had such poor visibility out front that you had to look to the left and ahead (like in most tailwheel airplanes) to adequately judge altitude during the flare and landing.

If a pilot looked straight ahead, lousy landings would be the result. Yet after I explained this, some of the pilots I let fly the airplane adamantly stared straight ahead when trying to land. Predictably, they made lousy landings. I always thought that we made better landings in tailwheel airplanes because in most we were forced to look to the left and ahead to see what was going on.

There will always be questions to answer about landings. What do you think are the main ones? Choose from the following or come up with your own as well as any other thoughts you may have about the fine art of landing:

Do you cancel too many flights?
Scroll to top