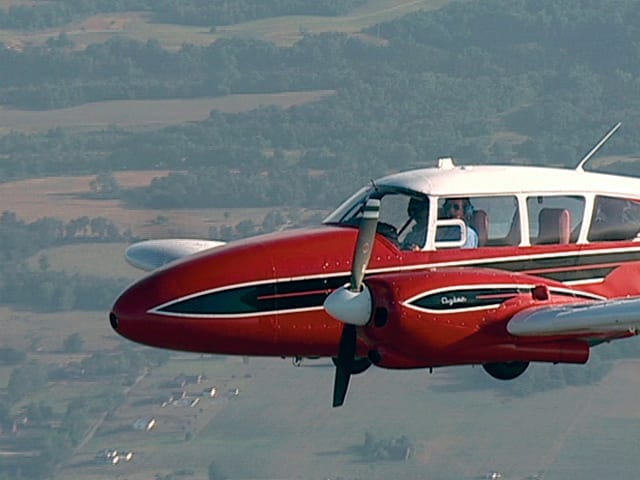 A while back a friend of mine was contemplating moving up from a high-performance, single-engine Beechcraft A36 Bonanza to a Model 58 Baron, the twin-engine variant of the same airplane. My friend is a risk evaluator, and as part of that evaluation, he asked his valued local instructor, a professional turboprop pilot, about the relative safety and hazards of a multiengine airplane.

That instructor, also a ground school student of mine and a reader of my FLYING LESSONS Weekly e-newsletter, asked me for my opinion as a multiengine instructor and student of mishap causes and outcomes. This was my response:

You can fly a twin on one engine, but it takes prompt, correct and sometimes aggressive action.

First, I will never try to talk someone out of purchasing a twin-engine airplane on the basis of the number of engines alone. Most twins perform better and carry a greater load than most singles. Although modern single-engine airplanes are frequently equipped with redundant systems, most twins have more redundancy than singles. Mainly because of their size and weight-carrying capability, many twins have more equipment than singles, including things like radar and ice protection devices. In capable hands, twin-engine aircraft are obviously safer, because they provide at least the potential option of continued flight in many situations in the event one engine fails.

The issue, then, is not telling you a twin would or would not be a good thing for you. The question instead is:

Flying a multiengine airplane is much higher workload than a comparable single. When everything is working properly, you have two of almost everything to manage and monitor. More importantly, if one engine begins to act up, it may take significant pilot skill to keep things going satisfactorily.

In a single-engine airplane, if the engine quits, the airplane will tend to remain wings level and yaw straight. As long as the pilot does not resist the airplane’s natural nose-down tendency following a power loss, a single will tend to keep flying straight ahead unless the pilot commands otherwise.

Conversely, if an engine quits in a twin, the aircraft will immediately and dramatically begin to diverge from controlled flight in all three axes.  It takes prompt, correct and in some situations aggressive pilot action to prevent the airplane from going out of control. The slower the airplane is at the time of failure, the more aggressive the pilot must be. Under some circumstances it will become completely uncontrollable well before the wing stalls, because of insufficient airflow over the control surfaces to counter asymmetric thrust.

So how is this safer? If the pilot is well trained and has relevant, recent experience, he or she will be ready in the unlikely event of engine failure.  Where we are trained to consider emergency landing spots for every takeoff in a single, in a twin it’s mandatory to consider the options for abort or flight for every phase of takeoff, every time you line up to depart. I teach this “line-up” briefing: “If the gear is down we’re going down, if the gear is up, three degrees up.” Before feathering a propeller near the end of the Engine Failure memory checklist items, a level to three-degree-up pitch attitude results in approximately “blue line,” or best rate of climb on one engine speed, in every light twin I’ve flown. It’s a good target to hold to assure enough airflow to maintain control authority, and the best rate or climb (actually, usually the least rate of descent) in this configuration.

Explained: If the gear is still extended when an engine quits in a piston twin, the airplane will decelerate so rapidly there is no option for continued, controlled flight. Pull both throttles to idle and land straight ahead—it’s the same risk you take when departing in a single-engine airplane, with the added requirement for prompt, correct and aggressive pilot response. Although there is probably an “accelerate-go” chart in the POH that gives guidance for climbing out if an engine fails on takeoff, you’ll note that in most realistic combinations of airplane weight and environmental conditions the airplane does not have any climb capability in this condition, even if flown perfectly. Hence, if the gear is down, you must go down—land straight ahead, reducing power on the good engine so you can maintain direction control to the ground.

Likewise, if the gear is up, it takes a very shallow climb attitude in most light twins to fly at the speed for best single-engine climb–“blue line,” as identified on the airspeed indicator. As I’ve said, in many piston twins it’s about a three-degree nose up attitude while the “dead” engine’s propeller is still windmilling. That’s the initial attitude necessary for best climb (or least descent) immediately after an engine quits.  After properly identifying the failed engine, exhausting restart attempts if altitude and time permit, and feathering an unrestartable engine’s propeller to reduce drag, it takes about a seven degree nose up attitude in most piston twins to hold blue line.

When that happens, at very best you’ll see 250 to 400 fpm climb rate while covering two miles across the ground for every minute flown. You’ll be 4.5 to five miles from the airport before you make it to pattern altitude if an engine quits shortly after gear retraction and you do everything perfectly.

In many twins, and under many conditions, single-engine climb will be even worse. You may find that even if you do everything right the airplane won’t outclimb terrain on one engine. You may have to throttle back the good engine and make an off-airport landing to avoid a high-speed collision with terrain, or a loss of control if you subconsciously pitch the nose higher to try to clear obstacles, only to lose speed and control authority to compensate for asymmetric thrust.

A twin-engine pilot needs to train on engine-out procedures regularly in order to enjoy an increase in safety should an engine quit. In fact, the pilot who does not maintain an advanced training regimen will be less safe in a twin than in a single, because a he/she may not be prepared to properly, correctly and aggressively respond to an engine anomaly.  Two engines mean twice as much a chance one engine will quit for a given amount or flying time, so there is even a greater increase in risk to the unprepared pilot.

How much should you train? No one really knows, but I’ll pass along my experience. Back when I was teaching in a factory-approved piston twin simulator, I noticed that pilots who had never trained in a realistic simulator frequently had difficulty flying critical engine-out-on-takeoff maneuvers to Private Pilot-AMEL standards, even by the end of the five-day training week.  At best we were able to get pilots back up to the minimum FAA standards for the worst-case scenarios in the time available. Pilots who came back about once a year or so tended to be marginally capable of flying to minimum standards at the beginning of refresher training, or at least were fairly easy to get back up to standards as the training progressed.  The pilots who came to simulator training every six to nine months tended to be pretty much on top of their game at the beginning of training, and were able to actually progress in their skills from one training session to the next (instead of having to work just to get back up to standards every time they came to train).

I noticed also that the total flying time in the 12 months previous to training, and the pilot’s total time overall, had very little to do with their ability in the simulator for engine-out work. The deciding factor was currency in simulator-based training. The proliferation of PC-based simulators mated to fairly realistic visual and even full-motion Flight Training Devices has made it far easier and less costly to get a good, simulator-based training experience in recent years.

I do instruct in twins. I do so, however, as an adjunct to my clients’ simulator training. And I only do it when I’ve had the opportunity to get into a sim myself for a little engine-out work. It’s important to train in the real airplane within the bounds of acceptable risk. But you simply cannot accurately or safely practice critical engine-out scenarios in the actual airplane; in my opinion it takes simulator training to be truly safe. Do so every year without fail, and you can enjoy the safety benefits of the second engine. Do not, and no matter how frequently you fly and even how frequently you train in the actual airplane, you’re fooling yourself if you think you’re safer because you have a second engine. In many respects the opposite is true.

One more thing—as you transition into the twin (i.e., while you have less than about 100 hours in make and model), it’s highly unlikely you’ll be able to get more than $1 million liability with a $100,000 per passenger sublimit for coverage. Many insurance companies require pilots to fly 100 to 150 hours each year to renew coverage. Some require simulator-based training as a condition of any coverage at all, especially in higher performance, pressurized and/or higher-value twins.

So, in my opinion:

If all this is realistic to you, then yes, go get yourself a twin. If not, my advice would be to stick with a very capable, high-performance single.

I hope this has been (brutally) helpful. I never want to have to write about you!

My friend and student thanked me profusely for my advice. On the basis of his aircraft use patterns he chose not to purchase a twin, but instead upgraded to a much newer version of the same airplane he owned, complete with a turbocharger and modern avionics. I’ve trained him (and his wife) in that airplane, and they couldn’t be happier.

Read and subscribe to the free FLYING LESSONS Weekly e-newsletter at www.mastery-flight-training.com. 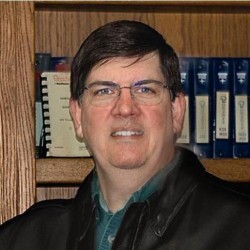 Going out on top
8 replies