Blog - Latest News
You are here: Home1 / Article Archive2 / I was there3 / Destination AOPA Summit 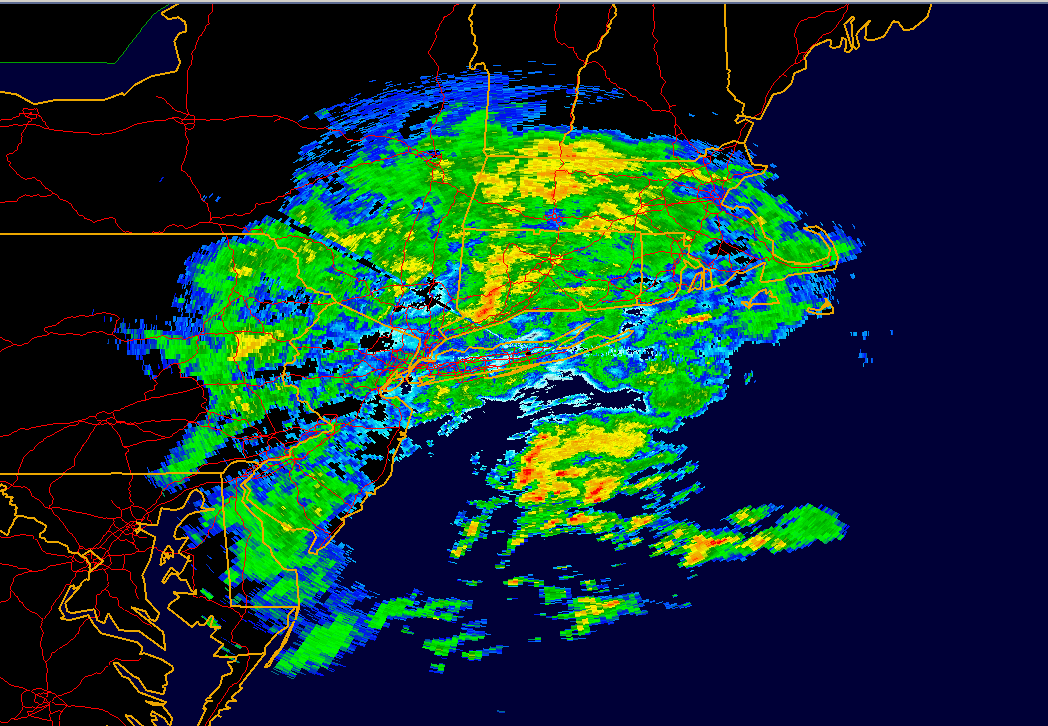 A cutoff low makes for a single-pilot IFR challenge

This past September, the Northeast U.S. was plagued by “the low that wouldn’t go away.” This cutoff low-pressure system sat and spun for two weeks bringing daily gloom from the Mid Atlantic to Maine. Unfortunately, in the midst of this crummy weather, I was scheduled to give a talk at AOPA’s Summit in Hartford, Connecticut on September 24th.

The plan was to leave on Friday the 23rd after my daughter got out of school. That gave me all day to fret about the weather. While the tailwinds would be favorable, the amount of rain along the route made me wonder if I’d have any paint on the leading edges of my family’s Baron on arrival at Hartford’s Brainard Airport.

Another challenge was finding a legal alternate for our arrival. Nearby Bradley International was no good nor was anything else nearby. Using an iPad and Foreflight for most of my flight planning over the last nine months or so, I eventually had to call our friends at Flight Service to get a good answer about alternates. Albany or Syracuse, New York looked like the only solid alternates based on the TAFs for my arrival time.

We took off from the Montgomery County Airpark in Gaithersburg, Maryland, about 4PM into clouds but no rain. Only 10 minutes to the east, near Baltimore, we entered moderate rain that was depicted on our Garmin 496 displaying XM WX. In an attempt to keep the paint on the airplane, I reduced the manifold pressure to 19 inches and RPM at 2,300 with mixtures set lean of peak while cruising at 7,000 feet. This low power setting allows the Baron’s twin 300-hp Continental 550s to sip fuel like a Twin Comanche while still cruising at 160 knots true. Total fuel burn is about 18 gph in this configuration and the indicated airspeed around 145 knots.

Some heavy rain over the Eastern Shore of Maryland necessitated a northward turn to avoid the worst of it. This led the controller to ask me if I had weather radar. I confessed that I only had onboard Nexrad and a Strike Finder for lightning detection. Turns out that he agreed with my northward turn, which made me feel better about the accuracy of the XM WX this particular day.

Some light turbulence (by definition) near the heaviest rain led to my wife inquiring from the back whether we really needed to make this trip. I needed to make it, yes, but despite my many warnings that it was going to be a wet, bumpy flight she could have (should have?) opted out. Besides, I know for a fact that she’s endured much worse turbulence to get to more “exotic” destinations than Hartford.

Things smoothed out as we rounded the corner south of Philadelphia. The first of many reroutes came and made me quite appreciative of our Baron’s diminutive, yet capable STEC 30 autopilot speaking directly to the Garmin 430 via GPSS. Flying in the Northeast often means you spend so much heads-down time copying clearances, finding fixes on a chart (or iPad), and loading everything into your navigator that you rarely have time to check the important stuff, like if the weather is holding up at your destination and alternate(s). Single-pilot IFR in the Northeast is not for the uninitiated, especially without an autopilot.

A second reroute came as we approached Atlantic City, New Jersey, and, not surprisingly, involved what I call the “shark route,” which takes you far out over the ocean to Eastern Long Island then northwest back to Hartford. Pilots of single-engine airplanes can get away with filing a route much closer to land, but ATC has no problems sending the twins 40 miles out to sea. In this case, chalk one advantage to the owner of a single.

We didn’t get too far off shore before the third reroute came and this one sounded too good to be true as it took us right over JFK on a close-to-direct route to Hartford. This routing didn’t come without its hitches but they were well worth it. “Descend to 5,000 feet” was followed minutes later by “climb back to 7,000 feet,” for example.

Once our tail was turned to the south, the low-that-wouldn’t-leave pushed our groundspeed up to about 190 knots for a solid 30-knot push. With all the reroutes done, I had a few minutes to check on the weather at the destination and alternates. Albany was now no good, so I changed to Syracuse, which was still holding. Fuel would be tight, however. I loaded Hartford’s GPS Runway 2 in the box. Once the ATIS came within earshot, it advertised the LDA to Runway 2, so I switched the box to it and set up the radios and CDIs for the LDA.

That 30-knot tailwind was going to make my approach interesting since the wind would require quite a descent rate to stay on the path. Despite the ATIS calling for the LDA, I was assigned the GPS approach requiring one last round of loading boxes and spinning dials, but by now I was getting pretty good at it. The ceiling was about 700 feet and the winds made the approach go by quickly like I was flying a jet. We got down in plenty of time to make a normal approach and landing.

Despite the crummy weather, attendance at AOPA Summit was better than I thought. I reconnected with old co-workers and comrades and talked about our respective flights in to Hartford. But instead of bragging about how fast or lamenting about how slow the ride was, this time the question of the day was, how many reroutes did you get?

Another interesting aside is the role of the iPad/Foreflight in my flying and those who may think Flight Service is becoming unnecessary. I still have a box of charts ready for me in the airplane, but I have not touched them since getting the iPad with Foreflight. Score one for technology. But, I have to say that sometimes you can’t beat a good, old-fashioned briefing. When I got stumped finding a decent alternate, flight service was there for a frank discussion about my limited options. Score one for the old school.

John’s blog: does anyone understand NextGen?
Scroll to top