Blog - Latest News
You are here: Home1 / Article Archive2 / Dick's blog3 / The IFR conundrum: is it as it appears? 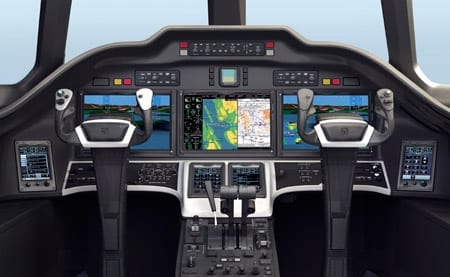 Back in the good old days, there was a lot of scud running and not much real IFR. A lot of us thought that the best way to improve the general aviation safety picture would be to get more people into IFR flying. My father, Leighton Collins, started this, in the old Air Facts, soon after World War Two. He wrote many words encouraging light airplane IFR and printed many more by other folks. I came along a bit later and joined in. Both of us practiced what we preached.

One of life’s simplest pleasures comes in realizing that you were wrong about something and that is true here. There is almost infinitely more IFR flying now than there was in the 50s and 60s yet the accident rate where weather is involved has not improved much.  The simple pleasure is found in the challenge of trying to figure out why we were wrong.

There are many potential reasons why IFR flying falls far short of realizing what should be a safety advantage.

For starters, IFR today is an almost completely different activity than it was 50 or 60 years ago. It is more complicated and far harder to master.

To examine this subject we have to separate instrument flying from IFR flying.

Instrument flying is simply the art of controlling the airplane by reference to instruments with no outside visual references.

IFR flying is operating in the air traffic control system.

There is a third element: weather flying. That relates to the interface between the airplane and the weather and the pilot’s interpretation of that weather. It goes without saying that you have to be good at instrument flying to do well in IFR and weather flying.

Instrument flying has not changed much since I got my rating in 1955. The relatively recent introduction of electronic flight instruments didn’t really change the way it is done. We still look at and interpret the readings and operate the controls accordingly.

IFR and weather flying have changed a lot. The combination of the two is the only place we can look for the reasons that the safety potential of IFR is unrealized.

IFR flying used to be deceptively simple. As late as 1954, when I was a Link instructor at an Air Force contract school, we were teaching navigation using the four course low frequency radio range as well as the ADF. Both are simple to use. Many words have been written about using the ADF to maximum effect but the main thing you have to remember is that it points to the station.

The four course range was even simpler. The pilot did not have to look at anything. Navigation was by ear. You could hear when you were on the beam and could come and go along any of the four beams. There was no flexibility but it worked as long as you wanted to go where a beam went.

When VOR (called “omni” at the time) came along there was a lot more flexibility but there was also a learning curve. Everything had to be set correctly for it to give the navigational commands for tracking an airway. A lot of people had trouble with this and VOR navigation was many years down the road before there was general understanding of everything about it. It required eye time, too, which took away from the time the pilot had for instrument interpretation.

The next complication came with glideslope receivers, enabling full ILS approaches. Many hours were flown as pilots mastered the art of tracking both a localizer and a glideslope while doing a good job of instrument flying. To try to simplify this, some instructors actually taught students to descend below the glideslope to the localizer-only minimums and then to intercept and track the glideslope for just the last part of approach, to the lower minimum that it afforded.

To that point, IFR flying was still relatively simple. Then it got more complicated. There was more traffic and the interface with air traffic control became more time-consuming. GPS was implemented and was soon the cornerstone for all the current gee-whiz navigational systems, some of which are pretty complex. A pilot has to be technologically capable to operate these systems and they require a lot of hands and eyes-on time. An autopilot has come to be quite necessary simply because the pilot can’t fly instruments and manage the electronic store at the same time.

The solutions that pilots used to find in that three pound computer in the skull are now available electronically. Is it easier to do it that way? Open to question, I think. Where solving a square root problem with a calculator will always be a marvel to those of us who learned to do it with a pencil and paper, some of the electronic calculations done with avionics systems seem rather like counting cows by counting the teats and dividing by four.

More important than the “easier” question is one about its being a distraction. I think that, without question, it is distracting. That is why the autopilot has become such a vital bit of equipment.

All the electronics have added a wealth of weather information to the cockpit but this has to be retrieved and looked at, which is also a distraction. Back in the simpler days, pilots listened to scheduled weather broadcasts at 15 and 45 past the hour to keep up with weather conditions. That was quite effective. Having weather radar information available in the cockpit is today’s big advantage but, guess what? We still lose airplanes in thunderstorms.

The time spent training for an instrument rating has been minimized.  It simply does not allow enough time to learn all the things a pilot needs to know to safely operate IFR in instrument conditions. I learned to swim when my mentor threw me into the deep and suggested I have at it. I think that is how people are “learning” IFR flying today.

I am going to digress here and use a couple of war stories to illustrate how much instrument flying has changed and how some of us used it before it became so complicated.

I was a Link instructor before I got an instrument rating. I spent a lot of time flying the Link, just for practice, so I was a pretty good instrument pilot before I flew IFR.

On March 27, 1954, I was in Meridian, Mississippi in my PA-12 Super Cruiser, N3389M, with a strong desire to fly to Little Rock. The weather was not cooperating.

Meridian was barely VFR. Greenwood, Mississippi, the only reporting station along the way, was not quite VFR. Little Rock was virtually clear.

Planning was pretty simple. I would take off and head out to see what it looked like. If the view wasn’t good, I could land, or, I could climb to a safe altitude and concentrate on the needle and ball (all I had) and fly northwest until I got to the good weather. No air traffic control interface was required to fly instruments in uncontrolled airspace which was more the rule than the exception at that time.

I flew at an altitude that would clear everything along the way by 1,500 feet and started reaching better weather about a hundred miles from Little Rock.

That was my first instrument (but not IFR) flight. We referred to such flying as bootleg instrument flying and it was widely done, probably accounting for more hours than IFR flying in light airplanes. It was a simple plan in a simple airplane and the only computer involved was the pilot’s brain. Looking back, it still appears a low risk operation.

It was about fifteen years later, on December 6, 1969, that a more notable bootleg instrument flight occurred

Nixon made it to the game only because Marine One went into the soup.

The football game was Arkansas v. Texas, number two v. number one. President Nixon went to the game at Fayetteville, Arkansas. Air Force One landed at Ft. Smith where Marine One and two other like helicopters were standing by. The weather was awful.

Any local knew that a scud run from Ft. Smith to Fayetteville wasn’t likely possible because of higher terrain between the two points.

The flight of three helicopters headed north, toward Fayetteville. It was soon apparent that it couldn’t be done VFR so the pilot flying Marine One told the other two helicopters to break it off. Marine One pulled up into the clouds and flew to the vicinity of Razorback Stadium where the crew descended to VFR conditions, found the landing zone, and delivered President Nixon to the game, on time. (Unfortunately, Texas won. There is extensive coverage of this game on Wikipedia, if you are interested.)

There was great official consternation over this flight but it was actually a simple thing to do and most of us could see nothing wrong with it. The pilot had a simple plan and he knew what he was doing.

Those two flights are representative of what went on in the good old days, may they never return.

They also shed some light on why IFR flying has failed to realize its safety potential. Compare the simplicity of such flights with the distracting complexity of IFR flying today and it is easy to see how marginally-trained pilots can be overwhelmed and make mistakes, too many of which lead to serious accidents.

Bootleg instrument flying has no place today and the electronic marvels that many pilots now enjoy are real assets. They won’t, however, part the waters and make possible things that belong in the “impossible” column. I think that it is possible that some pilots feel the electronic finery absolves them of the responsibility to plan and think. Just load the flight and fly. No planning required. No flying required, either. Let the autopilot handle that. No thinking required – plenty of time to do the crossword puzzle while en route. Bad ideas, I think, that might be at least some of the reasons for the unrealized safety potential of IFR flight. What do you think?

Lost in the smog
36 replies

A day in the life of the line
Scroll to top