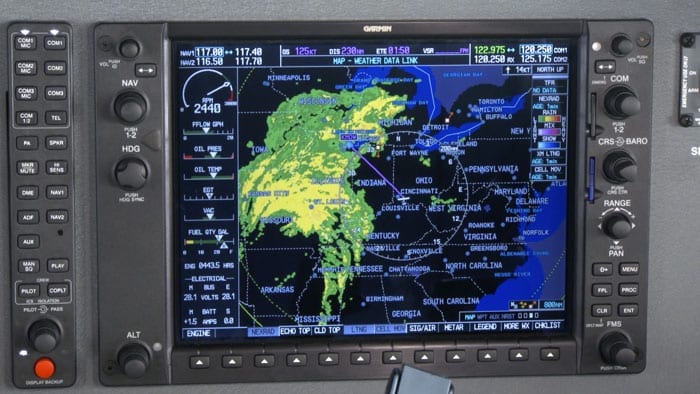 In a recent blog John Zimmerman quoted from my book, “The Next Hour:”

“One thing is always true of weather…..Regardless of what is reported, what you see is what you get…..we have to always fly with a complete distrust of reported weather conditions.”

John suggested that was my first rule of weather flying. Colleague Pat Luebke jumped on that and wanted to know what my next four or eight or twelve rules might be.

Okay, I’ll give that a try but I’ll warn you that they are all sort of connected to the first rule which I will expand a bit to read “what you see and feel is what you get.”

1. If your destination is in an area covered by fog, be especially distrustful of the timing of a forecast for improvement.

You sure wouldn’t want to be headed for a foggy airport with minimum fuel. Forecasts of fog lifting are pure guesses and several factors can be at work here. For example, if there is a higher overcast, that means the sun won’t be shining on that fog and this can slow down or even preclude improvement. The layer of fog might be thicker than usual which means it will stay around. Or, if it is an upslope condition, where the circulation is moving over rising ground, the fog can persist. There can be huge and lasting areas of fog with a weak east or southeasterly flow over the rising terrain in Oklahoma, Kansas, and Colorado, for example.

2. If the wind aloft forecast is substantially in error then it is likely that other forecasts will also be in error.

A wind aloft that is more southerly and stronger than forecast means that the low pressure system to the west is likely deeper than anticipated. A more southerly wind carries with it a likelihood that the temperature aloft is warmer than forecast and that means it will involve more moisture. The ability of the atmosphere to hold moisture doubles with each 11-degree C. rise in temperature. From that you can gather that the surface weather might well be worse than forecast.

I would add that wind aloft forecasts are a lot better than they used to be. When I first started using computer flight planning programs, the estimated times en route were often pure fiction. Then they got a lot better thanks to programs that look live at actual winds aloft through sensors on airplanes. If an error is made, it can be quickly fixed.

3. Scattered clouds can have the same effect as an overcast on approaches in IMC.

When we are sniffing for asphalt on a low approach we are looking at a slant for the runway. On the ground looking straight up, as an observer or sensor does, clouds might well appear scattered but they might not allow that timely view of the runway if you are atop those clouds at your minimum height. Also, the conditions that lead to low scattered clouds only need to change a little bit for broken clouds or an overcast to form at that level.

4. The nature of turbulence tells us a lot about what is going on in the clouds.

Putting aside what happens when wind flows over mountains, we find two primary kinds of turbulence in clouds.

When the wind changes in velocity or direction over distance or with altitude we have wind shear turbulence. This can make flying (or riding and watching the autopilot fly) a chore but it doesn’t cause any real problems in cruise flight. Wind shear turbulence results in airspeed fluctuation and the airplane responds to this by lurching around. Big fast airplanes are more affected by wind shear than light ones.

Convective turbulence is found in cumulus clouds and is characterized by updrafts near the centers of the clouds. This can make it difficult to hold altitude and airspeed. The ultimate convective turbulence is found as a cumulus cloud morphs into a cumulonimbus, a thunderstorm. There you have strong up and downdrafts and some pretty wildly turbulent air where the up rubs against the down. Please avoid thunderstorms.

5. Nobody gets trapped by weather. There are always signs.

The clearest example of this comes as we fly toward a low or a front. Wishful thinking will not keep the cloud tops from becoming higher. Thus a wise pilot will know the synopsis and be forewarned when flying toward a system.

6. The cloud tops are always 1,000 feet greater than the ceiling of the airplane that you are flying.

Senator (and General) Barry Goldwater, an accomplished pilot, used this line in speeches before aviation audiences and I don’t think anybody ever argued with his observation.

7. If there is a gusty crosswind for takeoff or landing, the most reliable source of information is the old-fashioned windsock.

In general terms the wind will shift in a clockwise direction with an increase in velocity. This needs to be considered if there is what appears to be a direct crosswind. You can watch the windsock for a minute to see which direction will be best for takeoff or landing.

8. If you like to get off to an early start, be aware that there can be a substantial change in the weather at and shortly after sunrise.

It is natural for the temperature to drop a bit just as the sun starts to come up. The dewpoint will stay the same so, if they were close, the temperature and dewpoint might get together with a resulting fog formation. This can also result in the formation of frost on the airplane if the temperature was close to freezing and then drops to or just below freezing at sunrise.

9. If you are flying VFR, the onset of rain is bad news. Not only does it cut visibility but lower clouds often form after it starts raining. Likewise, rain can make flight visibility worse than the visibility that is reported at the surface.

It is not uncommon to have a reported visibility of, say, two or three miles in rain but have an IFR approach requiring a mile flight visibility to actually be below minimums which is the case if you can’t see the runway at the proper time.

10. If, following passage of a cold front, the wind shifts from northwest, to north, then to the northeast, that means the front has stalled and is becoming a stationary front.

Stationary fronts can linger long and while they usually pose no real problem for IFR flying (other than occasional thunderstorms) this condition can preclude VFR flights for long periods of time.

Those are just a few things to add to the main “what you see and feel is what you get” rule. The VFR pilot actually has the easiest time judging weather because it is always in plain view in the windshield. Either you can see enough to fly visually or you land. It is much more difficult for the pilot flying instruments because on an approach the determination has to be made at the last minute. That determination can’t be based on a surface weather report. It is to be based on what you see. See?

Lost in the smog

Go or no go: how strong is the front?

The Great Debate: pilots are just backup
Scroll to top