Blog - Latest News
You are here: Home1 / Article Archive2 / John's blog3 / 11 things you must do with your pilot’s license 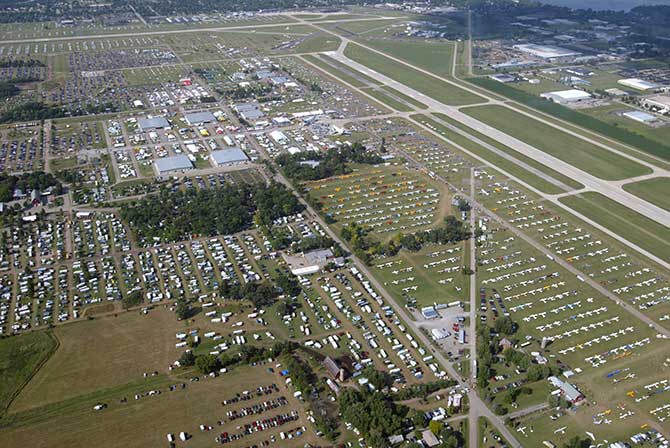 You worked hard, paid a lot of money and earned your pilot’s license. Congratulations! Now what do you do? It’s a question that comes up more often than most pilots care to admit. Sure, you’ll want to take friends and family up for a ride, but once you’ve done that a few times, you may find yourself looking for new missions.

The good news is that your flying adventures are limited only by your imagination (and to a certain extent, your budget). When you think about it, this is probably one of the main reasons you learned to fly–the unbelievable freedom and possibilities that come with the title “pilot in command.”

Everyone’s dream list will vary, but let me suggest 11 things that every pilot should do before they die. Call it a bucket list if you want, but I consider it a flight plan for a fulfilling life in the cockpit:

Take a kid flying–you’ll have as much fun as they do.

1. $100 hamburger flight. Why do greasy hamburgers taste better when you’re at an airport restaurant? Because you’ve accomplished an actual mission and you’re probably with a group of pilots. This social element to flying is often the fuel that keeps the fire burning. These flights don’t have to be long, and can take you to a fine dining establishment (like Louisville), or to a simple diner (like Urbana). Either way, it’s a memorable meal.

2. Night flight over a city. The word “peaceful” is probably over-used in aviation, but a pleasure flight over a city on a clear night is exactly that. The thermals are gone, the wind is often calmer, traffic is lighter, and the twinkling lights below make it impossible to think about anything else.

3. Fly a taildragger out of a grass strip. Everything may not have been better in the “good old days,” but this is one part that probably was–at least on a warm summer day with the window open. I can clearly remember a flight in a Piper Cub out of a farmer’s field that is among the most awe-inspiring 30 minutes of my life. So find an old airplane and a quiet strip and take a trip back in time.

4. Take a kid for his or her first flight. Whether it’s your own kids or a Young Eagles ride, showing a young person the wonder of flying will remind you how fortunate you are. Even if your passengers never become pilots, their perspective on flying and personal responsibility will be changed forever.

5. Go on a flying family vacation. As this website declares, “There is nothing as rewarding and satisfying as using an airplane to go places.” That’s especially true when you can take your family with you, and show them that all the time and money you spend on flying can pay off. It probably won’t be a flawless trip the first time, but that’s part of the fun. Plan a relaxed schedule that allows you to enjoy the flying as much as the beach.

6. Low and slow cross country in the Fall. Even if you’re not an outdoorsman, a 500 ft. flight across the changing colors of the seasons is breathtaking from the air. Do yourself a favor and turn off the GPS and radio–you’ll want to be looking outside anyway. Pick a winding river or a country road and simply follow wherever it leads. And don’t forget to take a camera.

7. Fly an actual instrument flight. Even if you don’t earn an instrument rating, you owe it to yourself to fly a real approach in IMC (with a pilot who has the rating). Flying through featureless gray clouds for an hour and then seeing the runway lights appear in the windshield is a high that most drugs cannot match. It’s just about magic.

8. Fly something different. Get outside your comfort zone and take a lesson in an aircraft you’ve never been in. Many pilots would argue that seaplane flying is about the most fun you can have in the air, and I agree. But other great options are gliders, helicopters or aerobatic airplanes. No matter what you fly, you’ll get a new perspective on flying and you might even discover a new passion.

9. Go to the Bahamas or Mexico. While this may not be a short trip (depending on where you live), watching the turquoise waters of the Caribbean or Mexico slide under your wings is well worth it. It’s not as hard as you might think, and there are dozens of outstanding destinations that specifically cater to pilots. And since an airplane is the only way to get around many of these places, you’ll see things that most ground-bound people never will.

10. Oshkosh! Technically called EAA AirVenture, the world’s largest fly-in is one of the few events in modern life that is not over-hyped. You could easily spend the entire week at the show and never see it all. It’s an eclectic mix, too, at once old fashioned and thoroughly modern. You can see antique bi-wings in the morning and modern jet fighters in the afternoon. But the most impressive part of Oshkosh is the culture of hospitality–wildly different people come together as equals at Oshkosh and become friends simply because they love aviation. It’s impossible to describe adequately, so make plans to see it yourself.

Your answer. What would you add to this list? Something you’ve done already or hope to do some day?

The Great Debate: too old to fly
Scroll to top