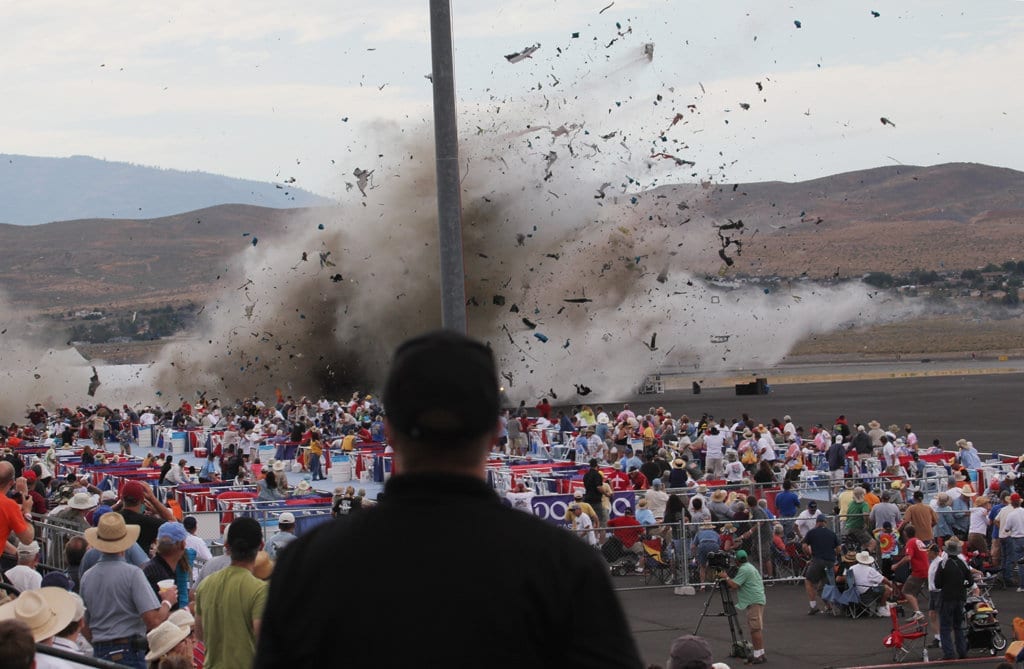 Air tragedies are a lot like thunderstorms. There’s lightning and it is always followed by thunder. After the accident in Reno the general news media started having a field day soon after the crash, devoting both ink and air time to the subject. Some of the comments were knowledgeable, most were not.

Jimmy Leeward was a well-loved member of the aviation community. It goes without saying that he was an excellent and devoted pilot who would never intentionally do anything that would endanger people on the ground. Sadly, that did happen. It appears now that a trim tab came off an elevator and rendered the airplane virtually uncontrollable. The NTSB will have the final say on that, in the inevitable nine months it takes them to arrive at a probable cause. 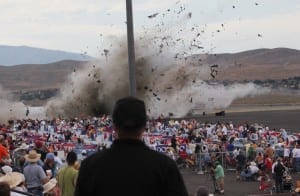 The end of the Reno Air Races?

Those who erupt in self-righteous thunder after such an event often try to panic the public about whatever activity was involved. After Reno, one such thunderous comment came from author Clive Irving in “The Daily Beast.”

The title was “Reno’s Reckless Air Tragedy.” The blurb that followed read, “The plane crash that killed three (actually nine – Ed.) and injured dozens of spectators at a Reno air race Friday is a reminder of how lax precautions often turn air shows into disasters.”

The opening paragraph: “What was a 74-year-old pilot doing in a souped-up World War II fighter flying in an air race? The tragedy in Reno is a ghastly reminder that the normal rules of public safety are suspended when air shows are involved.”

The story went on to cover other air show accidents and incidents and, in general, cast a bad light on air shows and air racing.

Even though you wouldn’t think too many pilots read “The Daily Beast,” there were almost 200 comments, mostly negative about the story, within hours of its posting. I will share with you the closing paragraph from one comment. The person who wrote this was not identified by name, but I know who it is and can vouch for his aviation knowledge and objectivity.

He said, “One thing those of us actively engaged in aviation know is that when there’s a crash, wait until at least a few of the facts are in before deciding what caused the crash. Mr. Irving, unfortunately, a nonpilot who once wrote an excellent book about the development of the Boeing 747 and thereby became an assumed aviation expert, has a history of inept accident analyses.”

So, what do you think? Was the fact that Jimmy Leeward was 74 a factor in the accident? Was the knee-jerk reaction too much? Does all aviation suffer from sensational negative publicity that comes after such a tragedy? Are air shows and air racing good for aviation? Do you think this will be the end of the Reno Air Races? Sound off.

The truth about the iPad
Scroll to top