Blog - Latest News
You are here: Home1 / Article Archive2 / I was there3 / The big surprise: an unexpected fly-by 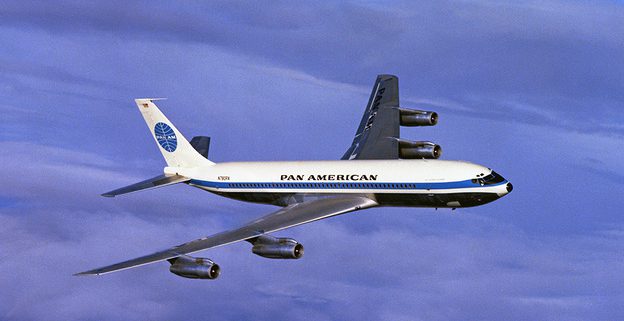 After reading Steve Mosier’s great story about the non-flyby at Osan, Korea, it triggered some of my old memory cells and I recalled the following event. 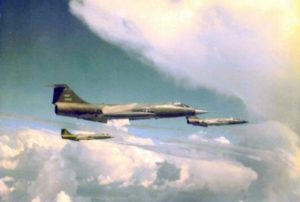 Flying F-104s for the National Guard was a fun way for airline pilots to try something new.

During the 1970s, I was a pilot in the Puerto Rico Air National Guard (PRANG). We flew the Lockheed F-104 Starfighter from San Juan International around Puerto Rico and the islands and practiced our various air-to-air and air-to-ground missions.

Many of us were airline pilots for our real jobs. We lived all over the East Coast and commuted to San Juan to fly the “Zipper,” as it was affectionately known. The F-104 was a great Air Guard airplane because it had a very short endurance and we rarely flew more than one hour and thirty for a day’s pay.

A good friend of mine and fellow Zipper jock, Bill, had come down with a very serious health problem and subsequently passed away after a short illness. We were all shocked at his passing and wanted to have a proper send-off for he and his family.

We both lived in Miami, and his family said his wishes were to have his ashes scattered at sea. This was no problem as I had a boat and we could accommodate that. But we pilots, many of us who lived in Miami, wanted to give him a proper Air Force send-off.

We asked the squadron in San Juan if they could send a flight of Starfighters to nearby Homestead AFB in South Florida to do a missing man fly-by, but the logistics and expense of such an endeavor was prohibitive and they reluctantly declined. We asked the Air Force at Homestead if they would support a similar fly-by with their Phantoms, but they also declined for similar reasons.

So, we planned a small ceremony at a county park along Biscayne Bay near Homestead, where we could gather to send off Bill’s ashes in my small boat and bid him farewell. 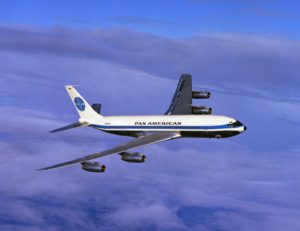 Not your typical airplane for a low level fly-by.

Now, Bill had been an airline pilot for Pan American for many years and quite a few of his airline friends and family were in attendance, along with his family and our PRANG friends. We were all disappointed that the Air Force could not participate, but then we spotted a very large Pan American Boeing 707 out across Biscayne Bay that was turning and descending towards our gathering.

I don’t know who the crew was or how they knew about the timing and location of the gathering but here came this huge airplane with four engines burning black clouds of kerosene at maximum power and descending very, very low over the water aiming straight at us! There was a deafening noise right over the top of our small gathering and then a beautiful pull-up and 180-degree turn, climbing out on course to the east.

There was not a dry eye in the crowd and to this day it was the most impressive fly over I have ever witnessed.

I do know that there were no passengers on board because it was a cargo flight, but I never asked any questions after that and I don’t think that Pan American’s management ever had a clue about it. We never heard of any complaints and we were so grateful to the crew, whoever they were, for making a sad day a little brighter for all of us.