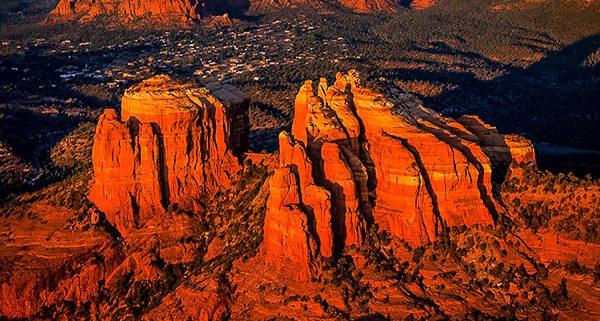 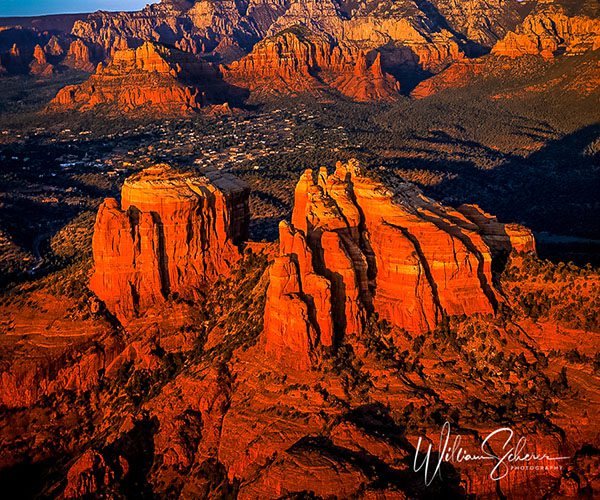 The view: The most photographed mountain in the world.

The mission: In the pattern at the Sedona Airport.

The memory: As the sun sets lower, the mountains get redder. William Scherer
Bill lived all over the world as a Navy brat but grew up mostly in the Washington, DC, area and went to college at the Virginia Military Institute. Upon graduation he received an officer’s commission and spend the next three years with the Army’s 82nd Airborne Division as an Airborne/Ranger. He was also selected to be a member of the famous 82nd Airborne Division Skydiving team. After serving his country, Bill journeyed to Hollywood where he acted in TV, feature movies and equity-theater. There he was able to learn his photographic craft from such celebrated directors and cinematographers as Robert Wise, among others. Bill was taught to fly by the Army while at VMI and remains an active pilot today with over 2,200 hours. By combining photography with flying, he quickly became one of the leading fine art aerial photographers in the world while indulging his love of speed and danger (WilliamSchererPhotography.com).

The big surprise: an unexpected fly-by