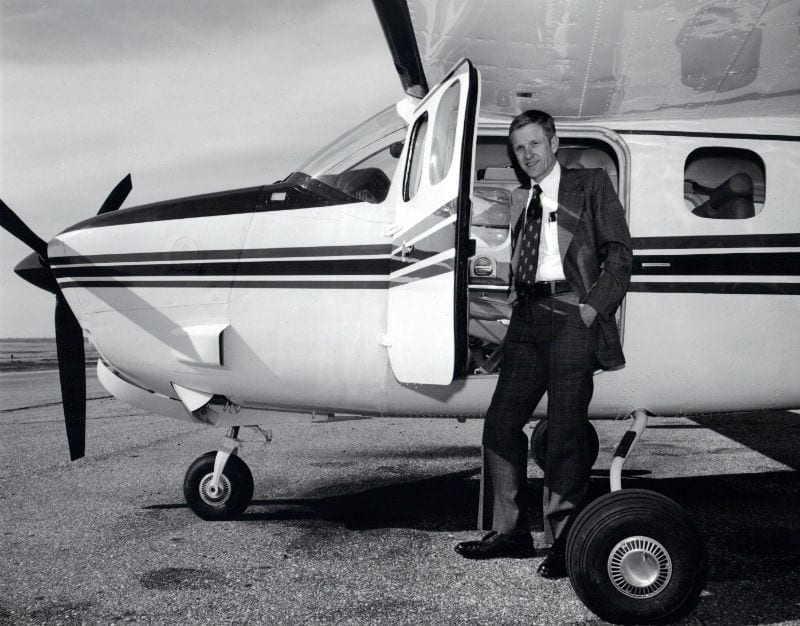 This week marks the one year anniversary of Richard L. Collins’s death, and we are remembering the legendary writer by reviewing 10 of his most popular articles. Over the years, Collins tackled a huge variety of topics, from weather flying tips to personal stories, but none were as popular as his detailed reviews of airplane safety records. As you can see below, some were good, some were bad, but almost all elicited strong opinions.

10. What’s right with Cirrus pilots? Four years after questioning the safety of Cirrus pilots, Collins updated his opinion based on improving accident trends. A fascinating story about how change can happen in aviation. Read More

9. Basic Med: a cruel hoax? Pilot medical reform finally came in 2017, in the form of a new Basic Med option. Was it a major breakthrough or just hype? Read More

7. A double tragedy: Colgan Air Flight 3407. When a Dash 8 crashed in Buffalo, it was hard to predict that it would change airline regulations so dramatically. As this article argues, it was “the all-time most egregious case of smoke and flames rulemaking by the FAA.” Read More

6. What’s wrong with Mooney pilots? The Mooney has a reputation for being an efficient but slightly quirky airplane. In one of his many safety reviews, Collins found mostly good news in the NTSB reports. Read More

5. What’s wrong with single engine turboprop pilots? Single engine turboprops grew from almost non-existent in the early 1990s to a popular class of traveling machine. Along the way, they amassed an excellent safety record. Was it the airplane or the required training? Read More

4. What’s wrong with Cirrus pilots? Seven years ago, Collins called out the Cirrus community for its poor safety record. As he observed, the airplane is well made and wonderfully equipped. That left one suspect: the pilots. Read More

3. Retractable singles: the good, the fad, and the ugly. For 60 years, Richard Collins got to fly almost every airplane model available for sale. Over the years he flew some amazing designs (including the Bonanza) and some less impressive ones (many of which failed). Read More

2. What was wrong with V-tail Bonanza pilots? The “V-tail doctor killer” had a reputation for being unsafe at any speed, but this article shows that reality was a little more complicated. Read More

1. What’s wrong with Cessna 172 pilots? The most popular four-seat airplane of all time has few bad habits and “it would, in fact, do everything that a TBM 930 will do except fly high and fast and far.” That doesn’t mean it can’t hurt you. Read More

What I learned from Richard Collins

What is that dragging behind the Boeing 737 MAX in TV news video?
Scroll to top