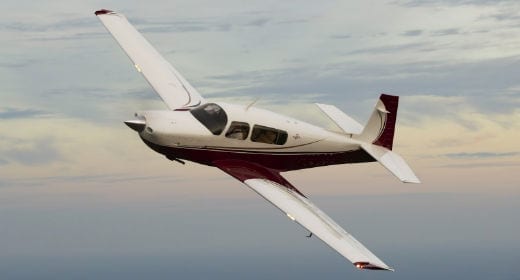 I have found that the safety record of an airplane relates more to who flies it and what they try to do with it than anything else. Maybe the pilot is 90 percent of the equation and the airplane ten. Pick other numbers if you would like.

When thinking of it in this way, the Mooney 20 series is by far the most diverse airplane in the fleet. Spanning almost 60 years, the Mooney has been almost everything a retractable single can be to a wildly differing demographic.

Back in the late 50s and early 60s, when the Mooney was just getting going pretty well, the airplane appealed mostly to nerds though I don’t think that terminology had come to be at the time. Put another way, most Mooney pilots drove to the airport in VWs where most Bonanza pilots used Cadillacs  or Lincolns.

The Mooney was a “treasured personal possession that just happened to be an airplane.”

The Mooney was small and compact like the VW and it appealed to people interested in efficiency, like the VW. The Mooney was also well-made like the VW and its owner/pilots were very much “into it.” Like the VW, it didn’t have an abundance of power, starting with 150 hp and graduating rather quickly to 180. The Mooney was simply a treasured personal possession that just happened to be an airplane. You kind of put it on and flew away. (Nerdy confession: I owned a Saab car in the 1950s, four VWs in the 60s and 70s and almost bought a Mooney twice.)

Mooney pilots were no too adventuresome or bold and  had a good safety record.

Along the way, the interiors went from cheap seats and Royalite side panels all the way to fine fabric and leather.

The landing gear went from manually to electrically operated as did the flaps.

Full and approved ice protection became an option and they even briefly offered a radar with an ineffective banana shaped antenna that would almost fit onto the leading edge.

Where the 20-series Mooney started life as a bare-bones 150 horsepower airplane with few options and wooden wings (and tail) it became a much more conventional airplane, currently with a big Continental up front followed around by every imaginable option.

The airplane has done very well from a safety standpoint, too, and the pilots who now drive BMWs to the airport to fly their Mooneys seem to be doing almost as well as their VW-driving counterparts of past years. I say “almost as well” because the new breed does seem to push a little harder.

The last thorough statistical study I did of Mooney accidents was based on information that is now over fifteen years old. In it, I looked at the M-20J (201 and similar) and M20K (231 and 252). Then the airplane had a fatal and total accident rate that was better than like airplanes as well as better that the overall rates in all general aviation flying.

At that time there was an average of two M20J fatal accidents a year and one and a half M20K fatal accidents per year. You don’t hear about it now as much as you used to but a Lycoming v. Continental engine debate raged on for years. So did one about the relative reliability of engines with and without turbochargers.

Mooney offered airplanes with Lycoming, Continental and even Porsche engines over the years. Was one better than the others?

The M20J has a four-cylinder Lycoming and the M20K has a turbocharged Continental six. No difference in reliability could be found in the accident reports though engine failures were a factor in more Mooney accidents than in similar airplanes. That appears to still be true, with poor maintenance the most frequent culprit.

In 2009-2011 there were nine fatal accidents in M20K and earlier models and four in later airplanes with larger engines. Over 9,000 airplanes were produced in the earlier group with about 1,100 in the newer. That means less than nothing because a great fleet of those older airplanes have been destroyed or retired or they no longer fly much. The newer airplanes have a much higher value and they are likely flown a lot more. The older (than M20J) airplanes are few and far between in Trade-A-Plane ads which could be a reflection of little flying activity.

Because of the suspect nature on all information about flying hours by type, I didn’t try to come up with relative accident rates but feel it would be slightly higher with the newer airplanes but with both groups better than average.

Mooneys are involved in accidents similar to those in other high-performance singles. These are usually cases of pilots pushing too hard to get more utility out of the airplane than is available at the pilot’s skill level. This is borne out in all airplanes by the fact that a lot of these accidents happen in the dark. Work or play all day and then try to wake up somewhere else the next morning. That’s a good deal when it works, not so good when it doesn’t.

The difference is that the Mooney appears to be involved in less of these accidents than other airplanes.

The Mooney airfoil does not work well in ice and in almost every sample of Mooney accidents there are a few where ice got the best of the airplane. Anyone who has collected ice in a Mooney can relate to this. The good news is that ice-protection equipment is available for the new airplanes.

When the Mooney first came out, everybody got the initial impression that it would be a tricky airplane to fly. Why? Because the demo pilot would always take the left seat which gave the impression that he didn’t trust a novice to fly the airplane.

The real reason for this didn’t have anything to do with handling qualities.

In the beginning and for a lot of years the Mooney landing gear was retracted and extended manually. It took more than muscle, too. If you didn’t know exactly how to do it, the chances of a swift and clean retraction were between nil and none. Because the gear needs to be up for the airplane to climb briskly away the demo pilots wanted to do it and I don’t think there are many cases on record of a pilot retracting an old Mooney gear from the right seat.

The gear handle is between the seats. There isn’t an abundance of room in a Mooney so they used to caution pilots to not try to retract the gear with an apple in your pocket.

Should you ever fly an old one, you have to put your hand on the lever thumb down (that seems backwards). Unlatch by pulling straight down, and the snappily pull the lever back until it is flat on the floor and then latch it in the up position.

All that sounds complicated but most Mooney pilots wondered why in the world the company complicated a good thing with an electrically operated landing gear.

If there is a unique Mooney handling characteristic that has led to accidents it is found on landing.

Because the Mooney sits low to the runway, ground effect is more pronounced than on an airplane that sits up higher or that has a high wing. The farther a wing is into ground effect, the lower the deceleration rate. Thus extra speed is more difficult to shed during a Mooney landing.

A key to acceptable landings in a Mooney is an approach at the proper speed. If turbulence or a crosswind necessitates a higher speed, it is best to leave the flaps up. This allows a tail-low touchdown at a higher speed with better control.

I got my Mooney ability put to an almost absolute test one day when returning from a trip in an M20M, a TLS powered by a turbocharged Lycoming 540 rated at 270 horsepower. This was Mooney’s first shot at a bigger engine and in flying the airplane cross-country I enjoyed watching that bigger engine slurp a lot of fuel to go a little faster. I was not one of Mooney’s best efforts.

The arrival was normal. There were a lot of dark-bottom clouds in the area but nothing was forecast to happen.

Everything remained normal until the moment of touchdown. Then, suddenly, the airplane started to be blown sideways on the runway. I was thinking fast enough to get rid of the flaps quickly and put full aileron into the wind but with full aileron, full rudder, and some braking, the airplane was truly at the limit of controllability. When I parked the airplane, the odor told me that the tires had taken a beating.

One of those black-bottom clouds had chosen that moment to exhale and after that, when reading of a Mooney in the ditch during a crosswind landing, I had a better understanding of how  the airplane might get the best of a timid pilot in a strong crosswind. By timid, I mean a pilot who isn’t cocked to put every control to the stops if necessary.

So, on safety, the Mooney does well and could probably do even better were more dollars spent on engine maintenance. The Mooney is so economical in other areas that pilots might hesitate to spend a lot of money on maintenance, but that is pure speculation.

The roots of the Mooney design can also prompt a little more pure speculation. A 200 hp M20J with all the speed mods can cruise at about 170 knots while burning 10 gallons an hour. Compare that to some other airplanes and the cost saving in fuel would be more than substantial. I can only wonder if Mooney wouldn’t find success in a super-efficient version as the company gets back into manufacturing new aircraft.

Competition in a man’s sport: top six women in early US flight
Scroll to top