Blog - Latest News
You are here: Home1 / Article Archive2 / I was there3 / Thrills awaiting a flight instructor 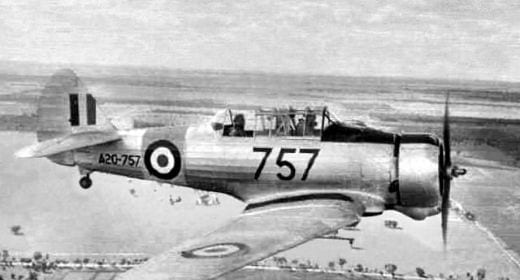 Recently, a Cessna 172 crashed at an aerodrome in Australia when the student on a trial instructional flight froze on the controls at liftoff. The Cessna was badly damaged in the crash but at least the student and instructor walked away unhurt. The instructor said the student snatched back on the wheel when told to lift off and kept pulling back. The instructor was caught by surprise and was unable to wrest the controls from the student with the result the aircraft hit the runway with one wing and collapsed the landing gear.

Whether or not the instructor was unwise in giving a TIF (trial instructional flight) student a takeoff for his very first time in the air is open to discussion. Personally I would not, as the most unexpected reactions are liable to occur. It is safer to give the TIF student the controls after the climb and the aircraft is trimmed for level flight. There is very little published advice to new instructors concerning what methods should be used if a student freezes on the controls on the ground or in the air. There may be crew room talk only – but nothing specific in any instructor manuals, that offers expert advice.

The Wirraway was a fine airplane, but only when the guy in the front seat cooperated.

That said, I learned the hard way from my instructor at Central Flying School (CFS), the Royal Australian Air Force school for flying instructors. It was during my final handling test before being awarded the Qualified Flying Instructor Rating grading. The aircraft involved was a two-seat Wirraway radial engine advanced trainer, originally designed as a fighter. It was identical to the Harvard or SNJ. The CFS instructor who was a former Royal Air Force wartime Spitfire pilot, asked me to patter to him an eight turn spin and recovery. After my demonstration, he took control and became the student while he did an eight turn spin.

Everything went well until I noticed he had not started recovery action at the completion of the eight turns.  By now we had lost several thousands of feet as expected, after starting off at 8000 feet. Through the intercom system, I ordered him to take immediate recovery action. There was no answer from the front seat so I attempted to take control, only to find the controls jammed in the pro-spin positions.

I again told the “student” to let go of the controls.  “Can’t Sir, I’ve frozen on the controls and I am shit scared,” the CFS instructor said over the intercom.

“Relax, Bloggs,” I muttered into the oxy mask, “I have control, so take your hands and feet off the controls.”

“Can’t, Sir,” came the muffled reply – muffled because the bastard was laughing his head off in the front seat. By now we were down to 3000 feet and things were getting serious.

I was only a sergeant pilot and the CFS instructor was a decorated Flight Lieutenant and moreover he was in command. But bugger the rank because I was now thoroughly scared of what was happening.

I took a deep breath and roared into the intercom, “Let go of the effing controls, you stupid bloody idiot!” Except I said worse than that which is unprintable here.

Immediately the instructor let go of the controls and I recovered the Wirraway with not much height to spare.

“Well done, Sergeant” said the CFS instructor from the front seat. “Never be afraid to use foul language at a student who has frozen on the controls. It may shock him into sensibility and with luck he should release his grip on the controls.”

As I said, there is nothing written in the instructor manuals about this but it’s worthwhile keeping in mind as a last resort.  My experience, however, was nothing compared to another RAAF instructor tasked with ab initio training of foreign pilots on a light trainer called the CT4, which has side-by-side seating. The student was a huge man straight from the jungles of Papua New Guinea which is to the north of Australia. The instructor was irritated with the seeming incompetence of his student and said something that not only insulted the student but caused him to snap.

“Don’t swear at me again, Sir” said the student “or you know what will happen.”

Some thoughts on landings