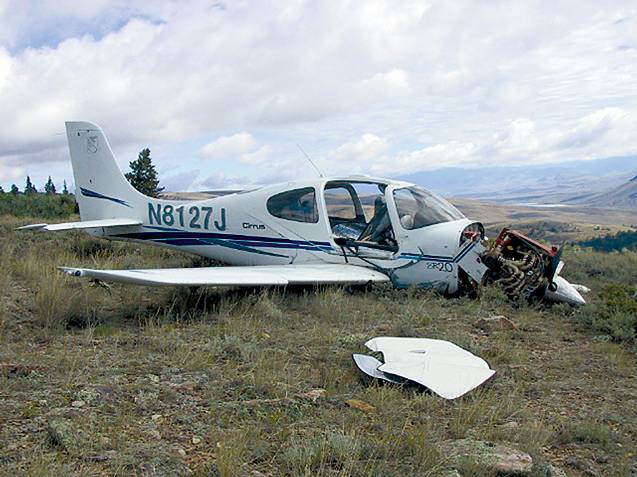 Richard Collins’ latest article stirred up quite a discussion about Cirrus airplanes and their safety record. Amid all the emotions, though, the basic point is hard to argue with: the SR22 has not lived up to the original hype about safety.

That means either Cirrus pilots are crashing too many airplanes or the hype was overblown in the first place. Both are probably true to some extent, but I’d like to focus on the latter because we should know better by now.

The airplane is not responsible for a safe flight.

The Cirrus story is nothing new. Every 10 or 15 years, some company declares its new airplane to be a giant leap forward in safety, usually because of how easy it is to fly. The brochures suggest anyone can have a mini-airliner in their hangar and reliably get to business meetings and family vacations anytime the pilot wants. Safety? It’s built-in.

But from the Ercoupe to the Cirrus, reality ends up being less impressive than marketing. Airplanes continue to crash, and for the same reasons they always have, with weather and loss of control usually high on the list. These reasons have a lot to do with the pilot and not much to do with the airplane.

It’s time for the aviation industry to admit the facts–flying is not and never will be like driving a car. For IFR transportation flying in particular, it’s complicated, demanding and certainly not for everyone. And yes, that means you can die doing it if you’re not attentive. A Cirrus is a wonderful airplane; it does not make bad pilots invincible.

But let’s not go overboard either. There’s a growing group of pilots and flight instructors who want to talk about how unsafe flying is, in a misguided attempt to scare us straight. Some of these advocates of the “flying is dangerous” philosophy even suggest flight instructors talk about the dangers of flying on a student pilot’s first lesson so they know what they’re getting into. Think the dropout rate is bad now? Just wait until these CFIs get their hands on some students.

I think this whole “is flying safe” debate is wrong in the first place. Nothing in life is truly “safe.” Even getting out of bed in the morning isn’t risk-free. What makes flying unique is not how dangerous it is, but rather how unforgiving it is. That’s a subtle but very important distinction. Unlike boating or even driving a car, there are no second chances if you make a big mistake in an airplane. You can’t call for a tow when you run out of gas at 8,000 ft., and that should change the way you approach flying.

Specifically, being a safe pilot is all about flying with margins built-in. If the POH says you need 2450 ft. for takeoff and the runway is 2500 ft. long, you have no margin and no chance to try again if something goes wrong. The same goes for weather, weight and balance, fuel planning and countless other things in flying. In fact, much of what we do in training and through experience is to learn where the margins are thinnest and develop strategies to increase them.

The real takeaway here–for student pilots and old pros alike–is simple: flying is as safe as you want to make it. You as the pilot in command control how safe you are, not the airplane (nor anyone else, for that matter). Unlike driving, drunks and 16 year-olds can’t kill you in the air by swerving into you. That’s a good thing if used properly.

No, you don’t control the weather, but you do control when you take off and what route you fly. Likewise, you don’t control how much weight your airplane will carry, but you do control how much fuel to put in and how many passengers to carry. Flying can either be safe or extremely dangerous, depending on the choices you make dozens of times on every flight.

For once, the FARs are actually quite clear on the matter, too. FAR 91.3 explicitly gives the PIC total control over a flight–even the ability to deviate from other regulations if necessary. When the chips are down, the FAA is saying, it’s all about the human in the left seat.

That much responsibility is uncomfortable for some pilots, who seemingly want to pick the right airplane and outsource all risk management to the airframe and engine. But it’s also a very powerful tool, one that many people don’t experience much in everyday life. Indeed, I think it’s one of the most rewarding things about personal aviation.

So is flying safe? That’s up to you. Choose wisely.

Going out on top
20 replies

Blackbirds and the Colored Air Circus of 1931
Scroll to top