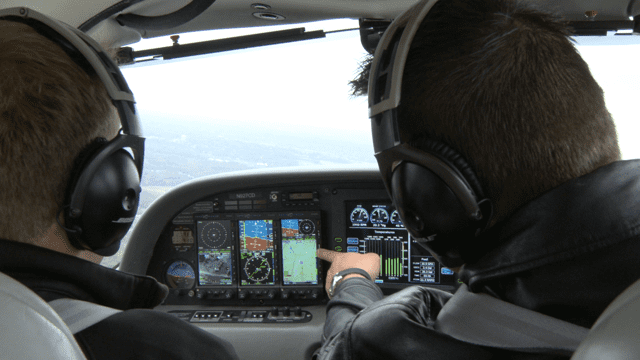 The flight training system in this country is broken. That’s what a variety of sources tell us, from a detailed AOPA study to the experts at your local hangar flying session.

In particular, there is a lot of hand-wringing about the dropout rate: something like 75% of students who start flying lessons never go on to earn a license. No business can stay around with a failure rate that high, so it’s no surprise that flight schools are closing and the number of new pilots continues to decline.

What’s the solution? Unfortunately, it’s both easy and difficult.

Was your flight instruction a good deal?

It’s easy because we all know the basic problem if we’re honest with ourselves. Put simply, learning to fly is often a bad deal, at least during initial training–what you get from some flight schools is not worth the investment you put in.

But the solution is difficult because no one can agree on the right fix. There is certainly no lack of ideas. Popular suggestions include accreditation of flight schools (where an outside company guarantees that some minimum standards are met), more experienced flight instructors (who are supposed to appear out of thin air apparently) and increasing the use of flight simulators (usually by buying expensive new equipment). In fact, there are probably too many ideas.

One way to simplify this long-running debate is to pick which part of the equation to focus on: the investment or the result. Up until now, much of the energy has surrounded the former, especially how to reduce the time and money it takes to earn a pilot’s license. That’s wrong.

Learning to fly certainly is expensive, and reducing the cost is a worthy cause. But it’s hardly the only issue. Consider: if just 10% of the people who could afford to fly actually did, flight schools would be swamped with customers. I’m not suggesting cost isn’t a factor–it is–but to focus on cost alone obscures some more solvable problems. Let’s admit how much learning to fly really costs, and be up front with prospective customers.

In any case, the often-ignored investment of time is just as important as money. While most things in life have become easier or faster to accomplish in the past 25 years (think of learning a foreign language), learning to fly is virtually unchanged at many airports. For busy people, finding the time to dedicate to 70+ hours of flight training is a tall order.

Again, there are ways to tackle both of these cost issues, but I think it’s time to focus on the result part of the equation instead. Just as Apple has proven that a great product will make customers forget about the price, flight training needs to emphasize the experience of being a pilot over the costs.

After all, a business transaction usually comes down to the product–what you’re selling. And as flight schools we’re selling the wrong thing. Instead of offering a fun and unique experience that is rewarding at every step, many flight schools are simply trading $10,000 for a piece of plastic that says Private Pilot.

This system is broken according to many.

There’s a major cultural mismatch here (among other issues). For better or for worse, the student pilot of 2012 is very different from the 1970s man who walked into the local Cessna Pilot Center. In particular, customers today are after meaningful experiences, not necessarily checking the box. “The aviation lifestyle” may sound like a catchphrase, but it’s what most student pilots are seeking.

And more than ever, we live in an instant gratification society. In a world of 24-hour cable news, 4G smartphones and instant video downloads, the long payoff of a private license after 9-12 months (or more) just seems out of place. Student pilots want to see some return on their investment right away.

This all points to the most basic element lacking in flight training today: fun. The studies consistently show that most people learn to fly for recreation, so they’re going to quit if it’s not enjoyable. That doesn’t mean every lesson has to be a walk in the park. But it’s time to start savoring the training experience and stop asking students to simply hang on until they earn a license.

How do we get past the boot camp mindset? There’s no miracle cure, but here are six ideas that don’t cost a lot of money:

Many flight schools could start by taking a cue from their local Starbucks. Their product isn’t exactly cheap. But they are successful because they focus on creating a unique experience that customers want, not just serving an expensive cup of coffee. That means they pay attention to little things like the music, the chairs and the WiFi. Flight schools could do much the same thing by considering the total product they’re offering, from weekend cookouts to customized training programs.

No, Starbucks doesn’t have all the answers. And yes, there’s plenty of blame to go around beyond flight schools. But ask yourself this: if your local flight school was run as well as your local coffee shop, wouldn’t the airport be a more enjoyable place to be?

The Great Debate: are great pilots born or made?
103 replies

Go or no go: California IFR trip
Scroll to top