Blog - Latest News
You are here: Home1 / Article Archive2 / I Can't Believe I Did That3 / Night, mist, haze, and all that jazz 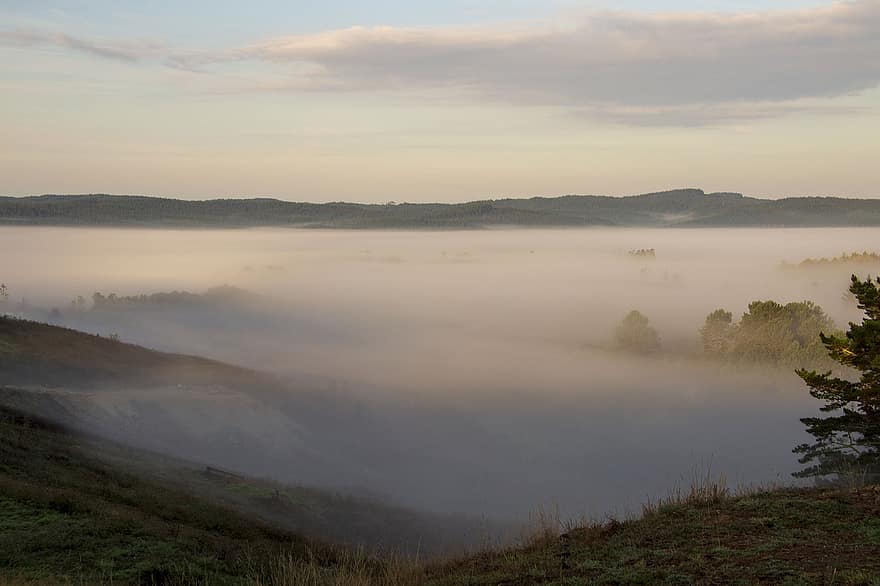 Sometimes when we look back to our earliest periods in aviation, we are rightly hounded by some of the infamously stupid things we did—or tried to do. But if you’re like me, you can honestly say you just didn’t know any better at the time, and that there was no one around to warn you of the dangers. We all have to learn. And every once in a while, the learning unveils itself ex post facto. Shockingly—like the last man on the trail being the only one to spot the coiled snake.

In doing the historical research for this story, I re-discovered that I hadn’t been checked out and endorsed for night flying until two years and one month after passing the private pilot flight test with my instructor/examiner. And that important aviation milestone occurred seven months and only four hours and fifteen minutes of logged night time before the following event took place. I was twenty years old.

The date was March 1, 1976, and it was a beautiful, mostly calm, just-barely-cool day in Roanoke, Virginia. I spent that gorgeous day cooped up in the operator’s cab of an overhead, 30-ton crane at the Blue Ridge Steel Company. It wasn’t where I really wanted to be, but attending community college at night and working for my father during the day was my lot in life for the time being. I was fortunate, actually, to have the job…

The steam whistle finally blew at four o’clock in the afternoon, and I was out and down the ladder like a full-pockets swabbie starting his first shore leave. My excitement had been building intensely because this was the day on which I would pick up my girlfriend after work and then head to Woodrum Field to prepare a new 1975 Cessna 172 for our 50-minute flight down the Shenandoah Valley to the tiny Bridgewater, Virginia, airport.

Once there, we would meet my close friend from high school, Garland—now a music major in college—to make the short drive to Harrisonburg’s James Madison University, our final destination. That night, the school was hosting a free concert in Wilson Hall by the premier US Air Force jazz orchestra, The Airmen of Note. The band did and still does play as tightly as any large jazz group in the world. And (being the jazz enthusiasts we were at the time), we weren’t about to miss them.

Upon the successful completion of all the required tests and check rides on the road to becoming a licensed pilot, an extremely heavy burden is placed squarely on a new aviator’s shoulders. Comprising a portion of that burden is the need for the new airman to quickly develop the traits of, pardon the expression, sort of a benevolent authoritarian. Yes, an authoritarian. Only because of one concern or another about the safety of flight, there are times when a pilot must say, “no, absolutely not,” and stick to his guns. Quite often, the weather predominates these germane elements of concern. And that night in Harrisonburg, Virginia, was no different.

My girlfriend and I arrived with my high-school pal at the concert hall and rendezvoused with some additional friends—Gary and Jody, who were brother and sister, both my age, and their parents. The four of them had driven to Harrisonburg from Roanoke earlier in the day. Now all together, we took our seats and eagerly prepared for a great time of music and friendship.

However, being ever-the-pilot, those nagging “pilot-worries” kept creeping back into my mind time and time again as the concert progressed. I just couldn’t seem to relax and enjoy the show like everyone else could. I was concerned about two specific facts: one, the temperature outside was noticeably cooler than what had been forecasted; and two, the air was hazier and more moisture-laden than I had expected. During the flight down the valley to Bridgewater, I had noticed that the visibility had gradually begun to decrease the further north and east we travelled; when we landed in the early evening we couldn’t see more than around six or seven miles. I made a mental note of it but didn’t carry the thought any further at the time.

After the show, almost everyone wanted to go out to eat and party at a good place they had heard about in town. I say almost everyone because I knew then that I should have said “no” and started back for home, but I also knew that I would have never heard the end of it from my girlfriend if I had. So, I reluctantly gave in. I caved. I should have been strong and stood my ground, but I was a coward. It shames me to say it, but that’s the truth. I was afraid to make waves. Later on, in the restaurant, I silently tried to rationalize my self-humiliation: “Well, more than likely, the weather will be okay; the forecast was for clear air. And besides, who really wants to be labelled, ‘Party Pooper?’” Meanwhile, outside, the temperature kept dropping and the mist started gathering.

Why is there mist forming?

By the time we finally got back to the Bridgewater airport, it was around eleven o’clock at night. Gary and Jody both had decided that they wanted to fly back to Roanoke with us in the plane rather than endure the two-hour car ride. Gary had been drinking beer and was worried about walking through the terminal with a six-pack under one arm and an open can in his other hand. Of course, when we got to the airport he realized his fears were unfounded. There was no terminal. There was no one on the little airstrip but us. In fact, there wasn’t even an outside telephone. So, there was no way I could check the weather. So I didn’t.

So we just loaded up, started the engine, and took off—into a moonless night, with mist and haze which had now cut the visibility down to around four miles, in an almost maximum gross weight Cessna 172, down a black valley bordered by high mountains, with a pilot who had but four hours of night time and no experience in the clouds whatsoever.

We often read about accidents stemming from scenarios exactly like this one. Hapless novice pilots get themselves into situations from which they can’t recover on what seems like a regular basis. What scorches my mind suddenly like a bare hand on a hot stove is the speed at which I recognized we were in trouble.

Barely a few moments after leaving the ground I knew we were in distress. There was just enough forward visibility, initially, to keep myself oriented with the lights on the ground. But we were over open farm land. And soon, what few lights there were began to appear fuzzy, with little halos around them. The higher we climbed the worse the visibility became, and I started losing sight of any lights at all except the ones practically straight down. I had thought I’d be able to spot Interstate Highway 81, with its heavy traffic, after passing the city of Staunton and follow it all the way to Roanoke, but that idea rapidly became a cruel joke. We watched the town pass by on our left, but we never found the highway.

On the flight northeastward to Bridgewater, I had chosen 4,000 feet for the cruise because that altitude seemed like an acceptable compromise between the desire for sightseeing and the need for a safety margin while over the taller hills within the deep valley. Now, however, on the flight back to the southwest, I realized that I couldn’t climb much higher than 4,000 feet or so without losing sight of every light on the ground. So, I stayed as high as I could while clinging desperately to each of those dim little lights of orientation like an exhausted swimmer struggling from one life ring to the next.

Not the place to get lost at night.

As pilots, you’re now up to speed concerning the pickle I got myself into. So, in an attempt to be as brief as I can and not drag this thing out any further with dramatics, I’ll list only the pertinent facts from here on out:

Now, if you are still with me and interested in this open confession of incredulous ignorance, get your sectional chart and plot this flight yourself while reiterating these facts: the pilot departed Bridgewater, Virginia late on a cool, damp night in what really were instrument conditions. He confirmed the passing of Staunton, Virginia, on his left a few minutes later. The pilot had only a Private license with 156 total hours of flight time and a paltry 4.2 hours of night flying experience—with of course, only minimal instrument training. The pilot had never before flown in clouds. He maintained a cruising level which averaged about 4,000 feet msl. Mystifyingly, the pilot approached Roanoke not from the northeast as he had planned, but unexpectedly from the east without ever seeing anything on the ground except a few lights scattered here and there—almost perpendicular to his flightpath—until within ten miles of downtown Roanoke.

Ladies and gentlemen, I’ll allow you to vocalize your own epithets at this point. How we survived that night I’ll never know. It must have been either divine intervention, fate, or just pure dumb luck. Say what you will… I’ve said enough.

A brief stop in Manila? An airline flight goes awry
Scroll to top