Blog - Latest News
You are here: Home1 / Article Archive2 / I was there3 / Never stop listening – why it pays to be paranoid in the cockpit 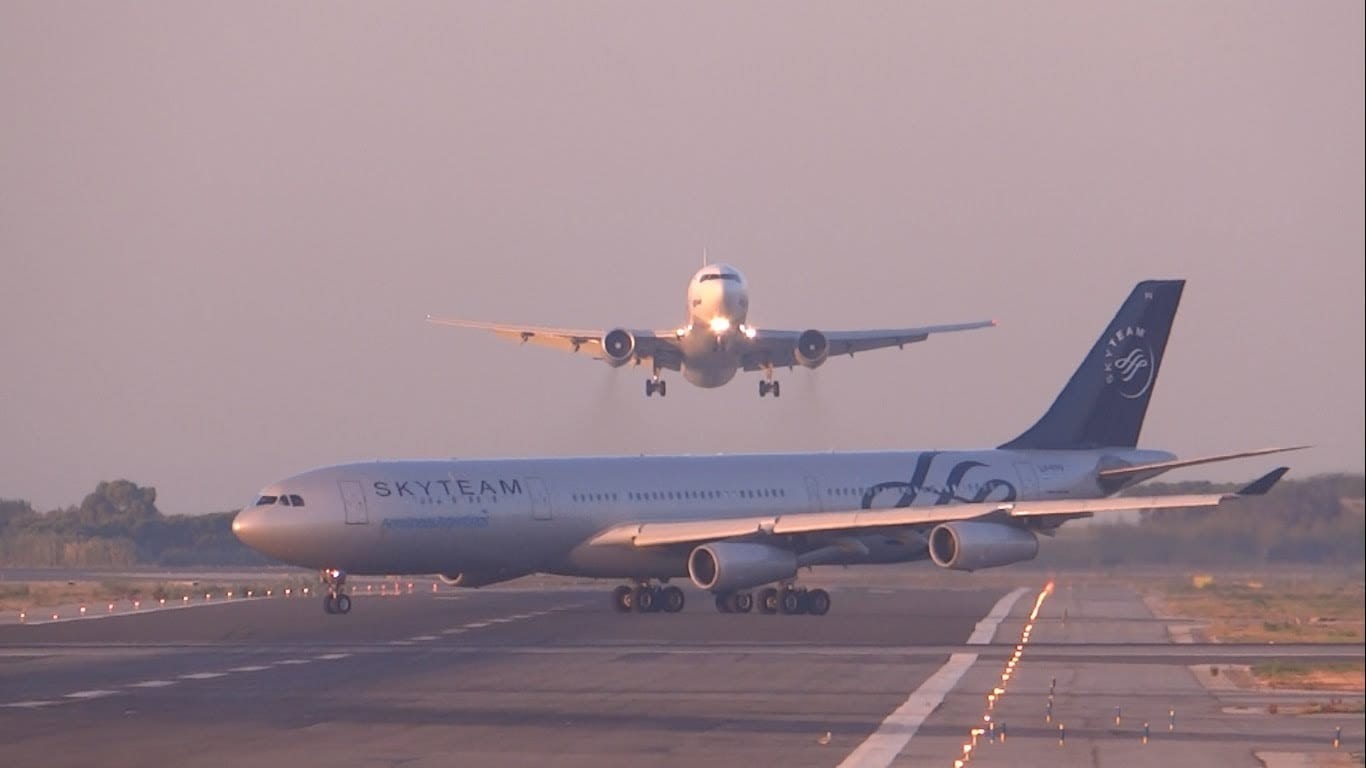 What is situational awareness? If you ask that question to 100 people, you’re likely to get 100 different answers. One definition I’ve read goes like this: “Situational Awareness or situation awareness (SA) is the perception of environmental elements and events with respect to time or space, the comprehension of their meaning, and the projection of their status after some variable has changed, such as time, or some other variable, such as a predetermined event.”

So, you could sum it up more succinctly: situational awareness is a perception. It is the perception of what is going on around you. If you are moving, or things around you are moving, then your perception requires periodic and valid updates. Often times those updates require only your ears and mind’s eye in order to draw an accurate SA picture.

We pushed back from the gate and began the start procedure for the number one engine. The co-pilot, Greg, was quite busy in his attempt to retrieve the “takeoff numbers” from load control, so I elected to start the engine myself, all while monitoring the push, the ground control frequency, the tug driver, and the engine instruments. It was that quiescent, lazy, hazy time of the morning after the early rush period when you often realize that you are the only moving object on the airport, so there would be no particular hurry in getting things moving toward takeoff. And, to no surprise, the ground controller was silent after issuing our push clearance.

After setting the parking brake I gave a salutation to the tug crew and ran through my after-start flow. Greg joined me in preparing the airplane for taxi, but he still had not received the takeoff performance figures. He said he was awaiting some information from the loadmaster. I released the parking brake and turned the airplane into the light breeze to better facilitate fresher air entering the cabin. The ground controller, obviously far from over-worked at the moment, saw us beginning to move and pre-empted my request-to-taxi call. Without our asking he cleared us to the takeoff runway with instructions to switch to and monitor the tower frequency after we turned out of the ramp area and onto the parallel taxiway. That, we did.

No sooner had we made the turn when the tower controller cleared us for takeoff on runway ##L. Both Greg and I were surprised at the unusual eagerness of the tower employees to keep the one airplane they had jurisdiction over at the time moving along in such a timely fashion. Never before had we been cleared for takeoff from such a distinct distance from any runway. We looked at each other with raised eyebrows, but we also acknowledged the clearance without hesitation.

At that point we began the start process for the second engine before Greg went “heads down” again on the number two radio in order to get back to the load controller. I monitored the second engine start myself while taxiing. Just a few seconds later I heard another airliner call the tower for landing clearance on runway ##R. The tower promptly answered his call with a clearance for him to land on the requested runway. We continued to our runway, ##L.

At about a hundred yards from the runway Greg, now in possession of his required numbers, rejoined me mentally in the cockpit and began entering the performance figures into the FMS before we could run the taxi and pre-takeoff checks. We had a lot to do in a short amount of time if we wanted to keep it rollin’. While he was typing frantically, the tower controller gave this clearance to the arriving airliner who was then on about a one-mile final:

I looked at Greg with what I’m sure was a look of utter incredulity because I couldn’t quite believe my ears. Greg was just picking up his checklist at that time and hadn’t heard the ill-fated command to Fast Jet. I was about to inform him of the irregularity, but he jumped in quickly with the taxi checklist callouts. I briefly thought about halting the taxi checklist right then in order to bring to the controller’s attention the conflict that now was only smoldering but had the potential of exploding. However, I let it pass in the hope that all would work itself out quietly. We ran the checklist.

After finishing all the pre-takeoff checks – while approaching the runway hold line – I queried Greg about our status. “Hey, we are cleared for takeoff, right?”

He verified our clearance. “We were cleared to take off way back there. We are cleared to take off.” He said this as he was fastening his shoulder harness belts and searching for his sunglasses. I looked left out my windshield to see Fast Jet rolling out on the parallel runway – preparing to make his left turn across our runway. At that moment the Fast Jet pilot asked for verification of his clearance to cross our runway. The tower controller gave it to him. Shaking my head in disbelief, I asked Greg,

All it takes is a loss of situational awareness.

“Did you hear that?”

I could tell by his expression that he was perplexed, but he didn’t quite catch the conversation because of his preoccupation with his all-important internal matters and duties – as he should have been.

I rolled the airplane out onto the runway after checking that the final approach course was clear and began slowing to a stop. I was praying that the controller would catch his mistake himself and issue us a cancellation of our takeoff clearance. But he did not do so. Knowing that I would probably create some very big waves, I transmitted over the tower frequency a quite simple sentence:

“Ah well, we’ll just hold in position here until he crosses. How about that?”

I won’t go into a great deal of detail because I don’t know exactly what all happened in the tower – which was probably starting to rock back and forth about then – and in the cockpit of Fast Jet, but there was a lot of frantic calling, shouting, and beseeching going on over the tower frequency for a minute or so. Nonetheless, we were eventually cleared for takeoff – by another voice understandably – after Fast Jet cleared our runway.

I never got into a huff, or too excited or anything like that. It was never brought up again by anyone from anywhere. I should have expressed my concern of the situation, as I saw it, to the tower controller the moment I sensed that something wasn’t right though. I probably could have saved the poor fellow a lot of grief if I had given it any thought. I guess I kept a running analysis in my mind of what was going on, minute-by-minute, in the hope that somehow it was going to straighten itself out. But it never did. That was one of those times when I was glad I had continued listening to what was going on around me.

Food fight in the flight levels

Friday photo: fog and a full moon
Scroll to top