Blog - Latest News
You are here: Home1 / Article Archive2 / I was there3 / That radio is there for communication: a close call 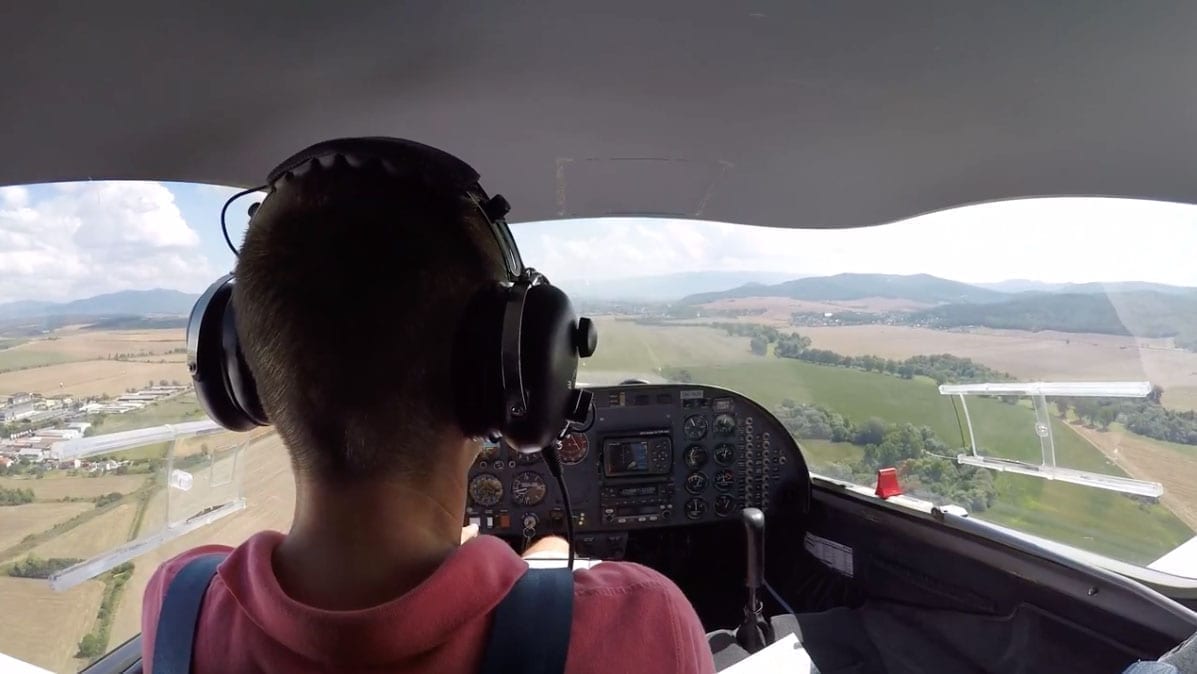 In July 2018 I was approaching the end of my flight training. That meant all I had to do was a couple of cross country navigation solo flights on the school’s DA-20 to be ready for the final test. For the US pilots here: Central Europe is a beautiful, mountainous landscape, Slovakia being 60% covered with hills up to mountains between 4000 and 7800 ft. Some pilots from neighboring—rather flatter—countries comment it is impossible to get lost in Slovakia: you have mountain chains, among them squeezed motorways, rail tracks and rivers. There is no way to have the feeling of one town looking like any other from the air.

Needless to say, I was very much enjoying my ride in calm summer air with a magnificent, constantly-changing view below me.

Part of my plan was to perform a touch and go at several airfields along the route. Not because it was required by the training plan but because I liked it, and of course because I wanted to practice. About one hour into my flight, I was approaching LZPT, a grass airfield in a shallow valley among the hilly forests of western central Slovakia. The airport has a nice, although a bit bumpy, grass runway (07-25) with a comfortable 1100 m length—enough for any rookie, including me.

I approached the circuit from the northeast at an altitude of 1500 MSL or 900 ft AGL, heading straight at the center of the runway to observe the wind. Of course, I duly reported on the local frequency I was there and what my intentions were. It seemed there was some wind from northwest, pretty much perpendicular to the runway. There was little movement to be seen at the field (as usual on weekdays) except for one Kitfox-like ultralight parked on the apron near the tower.

A quiet frequency does not mean a quiet airport.

So I decided to cross the runway, enter left downwind of 07, and go for my touch and go. Even though I knew the airport and had landed there several times before, I decided to extend the downwind leg to give me time to do it properly—right on first attempt.

So when I turned on final I was about three miles from the threshold. All went well, I reported final on 07, and was getting ready to perform a smooth touch down right past the threshold.

Then, about one minute before touch down, I heard somebody saying something like, “LZPT taking off runway 25.” I was not sure I heard right. I mean, I just reported my final about a minute ago. Surely anybody on the frequency, let alone a pilot sitting in his aircraft about to take off, must have heard me?

I played this movie in my head, thinking, “you are a rookie, you don’t know what you are doing, you’re so stressed you cannot even comprehend radio communication, you must have misunderstood, anybody around you knows more than you—YOU ARE NOT EVEN A PILOT YET.” So I continued my approach but, luckily, kept a very sharp eye.

Then, to my great awe, I spotted that previously parked Kitfox looking very much like it was speeding down runway 25 right towards me. Clearly, I must have understood him—he was about to take off on the runway I was abut to land on! Not much more thinking was needed, so I put in full power, retracted my flaps and peeled right, gaining altitude. And, I managed to report, “Go around due to traffic ahead” in a surprisingly calm voice.

As I proceeded to and reported left downwind for runway 25, nobody responded. The airfield became perfectly deserted after the Kitfox departed. I managed to finish the circuit, perform a bit of a shaky full stop landing, stepped out of the airplane and stretched a bit. Fifteen minutes later, I was in the air again, continuing on my planned route towards Bratislava International (LZIB), where I landed 45 minutes later.

As I was reflecting on the events, I came to some rather obvious conclusions:

As I write this I am a happy 100 hour PPLA time builder. I may be a bit over-communicative on the radio but have not had a close call since that day in July 2018.

Why is it so dark? An important lesson learned
Scroll to top