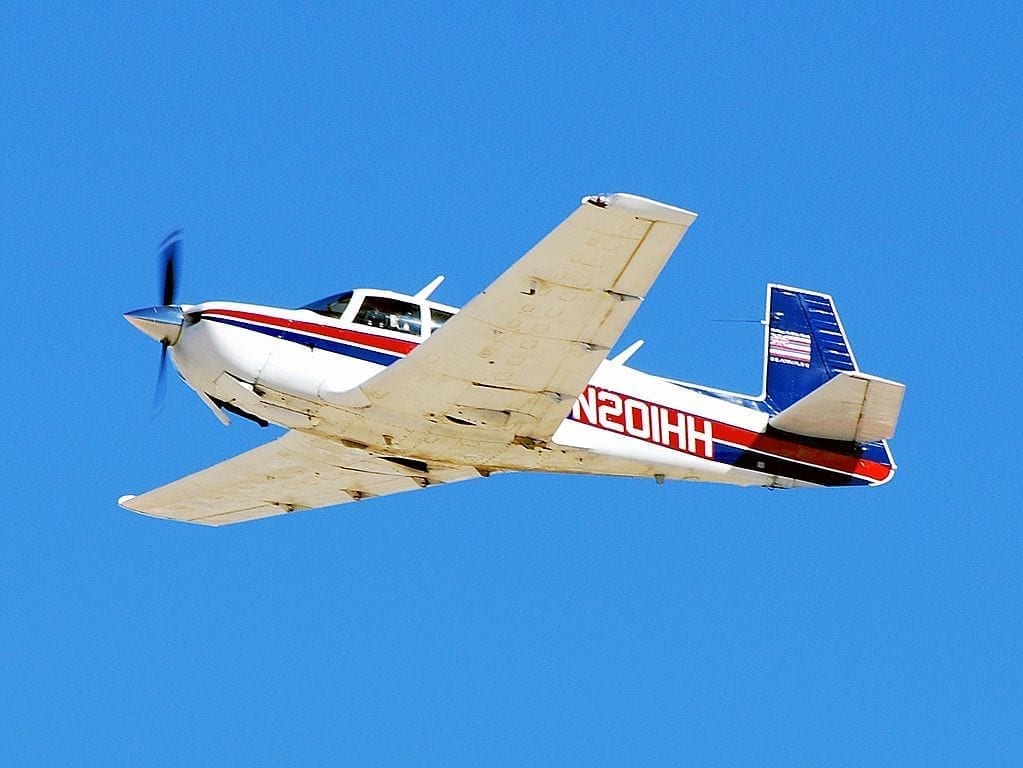 Richard Collins often told me that the Mooney was a cult airplane. And he was right.

While all pilots would brag about how fast their airplane was, and how much it could carry, and how fast it climbed, and how far it went on full tanks, Mooney owners focused on one thing. How fast they flew on so little fuel.

Fuel efficiency matters to every pilot. Even in the days when avgas sold for well under a buck a gallon. But pilots also balanced fuel efficiency against cabin room, payload, runway performance, and cruise speed.

Not Mooney owners. They traded all that stuff for fuel efficiency. Tiny cabin? Of course. Anemic runway performance and not much climb? Yes, kind of. Weird landing characteristics? Yes, unless you know how. Not really the fastest cruise speed? But look how little fuel it burns.

A cult? I think Richard had it right.

But that all changed with development of the Mooney 201. And also following two oil embargo shocks that left us wondering if there would be any avgas at any price. Suddenly the Mooney looked more like mainstream pilot religion than a cult.

The original M20 series Mooney is a truly tiny airplane. It has four seats, but anybody in the back two better be shorter than 5 ft. 3 in. And pilot and copilot need to be OK with sitting on the floor. Well, almost on the floor. There are a very few inches of seat bottom between your bottom and the cabin bottom.

The 180 hp Mooneys were fast for their limited horsepower. But still, realistic cruise is 130 to 135 knots. Maybe they can outrun a Cessna Skylane on a good day, but not by much. And the Skylane pilot and passengers will be able to stand up straight after a four hour flight.

When the Mooney Super 21 was introduced with a 200 hp injected Lycoming in 1964, cruise speed increased noticeably. Under perfect conditions the Super could threaten 150 knots true, and 145 knots was realistic.

Better yet was the “F” model Executive introduced in 1967. Mooney stretched the Exec cabin by about 10 inches, an enormous improvement in cabin comfort and usability. Maximum takeoff weight also went up by 165 pounds, so you could use the extra space.

Members of the Mooney cult were convinced that the short body 200 hp model—named Chaparral—was faster than the longer Executive. I don’t think so, if both airplanes were flown at the same weight. The cabin stretch simply didn’t add much in the way of drag.

As a company, Mooney was always interested in increasing cruise speed. After all, speed and fuel efficiency were its only claims to fame. Sometime in the early 1970s Mooney engineers took a hard look at how to get more speed out of the basic airframe without adding more power, which would erode the efficiency goal. Legend has it that early attention was on the short body model because maybe it could gain the most speed with a drag reduction program. Fortunately more logical thinking prevailed and the focus was placed on the long-body Executive.

I never could get N201M to 170 knots true airspeed—which is the equivalent of 201 mph—but it came close when conditions were just right and everything was firewalled. The vibration with the prop up to its maximum 2,700 rpm and full throttle didn’t make for a comfortable ride.

But 160 knot cruise was dependable in the 201, and that was far faster than anything else with only 200 hp. And that speed was within 10 knots or so of the single engine speed leader, the Bonanza, which had 285 hp and cost about double the price of a 201.

Roy Lopresti did as much as anyone to make the Mooney’s reputation.

The aeronautical achievements of the 201 would have made the airplane a success in their own right. But they were helped along enormously by Roy LoPresti, who joined Mooney late in the 201 development and became the airplane’s human face, and its greatest cheerleader.

Roy was undoubtedly an accomplished aerodynamicist, but he was an even better salesman. He didn’t talk about reducing form drag, or laminar flow, or propeller efficiency. He humanized the 201 design program. He once told a gathering of pilots that he would lay on a shop creeper and roll around under the Mooney “imagining I was an air molecule and how I would flow around the airplane.” That, he said, helped design the shape of the secondary gear door that helped seal the main gear in the wells.

At the time, Stancie Lane was a familiar figure in aviation. She ran the air show exhibits and show publications for Flying and Business and Commercial Aviation, so was at all the shows. I remember at one Mooney press conference, in 1978 as I recall, Roy was announcing the new upswept wingtips for the 201 that replaced the traditional Mooney “chopped off” straight edge tip.

Ever the showman, Roy told the gathering of aviation press types, “I patterned the new wingtip after Stancie Lane’s nose. I always thought she had a very pretty nose.” Even in today’s “me too” environment I guess it’s still alright to compliment a woman on the shape of her nose. But what the shape of Stancie’s nose (full disclosure: Stancie and I have been married since 1980) has to do with aerodynamics, is a mystery. The crowd loved it.

The real “magic” of the 201 drag cleanup was primarily the cowling and the windshield. The windshield on earlier Mooneys is nearly upright. So upright, in fact, that there are access panels on the nose forward of the windshield so mechanics can reach the avionics and instruments. Sloping and reshaping the windshield on the 201 was worth several knots of drag reduction.

The other big gain was getting rid of the old Mooney cowling with its huge, gaping air inlet. The 201 cowling inlets are a fraction of the size, and designed to recover ram air pressure from the slip stream, instead of just holding out a bucket to catch the passing air.

Among the quirks of the Mooney is a ram air engine inlet. In clean air above the runway, you pull a knob that opens a hole in the cowling to ram air directly into the engine induction, bypassing the inlet filter. In earlier Mooneys, opening the ram air would increase manifold pressure a full inch. In the 201 the ram air raised manifold pressure fractions of an inch. You had to watch closely to see an increase at all. The reason is the original cowling and engine air inlet was so bad, the ram air really helped. The 201 was done so well the ram air didn’t matter much.

From landing gear doors to gap seals, the modern 201 is a very clean airplane.

The secondary main landing gear doors recovered a couple knots of drag, and so did the improved gap seals for the control surfaces. Even the cabin step redesign helped a little. And it all added up to an airplane that seemed like a free lunch. The 201 was still the efficiency leader by a lot, but also came close to the fastest in cruise speed.

Jillions of words have been written about the efficiency of the Mooney laminar flow airfoil. And its smooth, thick wing skins, which were, of course, plywood in the original. But it’s been hard to measure how much the shape of the Mooney airfoil matters. Objective testing shows the more conventional airfoil of a Bonanza, or 210, have very similar degrees of laminar flow, and about the same drag.

But there is no question the Mooney, particularly the 201 and later models, has very low overall drag. Over the years Richard Collins and I proved that to ourselves over and over by flying air-to-air photo missions when the Mooney was the subject airplane.

We most often used an A36 Bonanza for the camera airplane because the rear doors come off easily to give the photographer an unobstructed shooting opening. We would take off in formation, if runway width allowed, or in close trail. The Bonanza would leave the Mooney in the dust in seconds. The only way the Mooney could catch up was to turn inside the Bonanza to cut the radius.

And when you were flying the Mooney in formation, the real problem—after catching up—was how not to overshoot. With the power at idle the Mooney would keep closing on the Bonanza. But you had to be quick to add power as soon as the gap opened because nothing much happened to the Mooney’s speed with more throttle. Slippery is the right word for the Mooney.

Mooney has gone on to put ever more powerful engines into the same basic airframe and can claim to be the speed king of singles. But that’s more about power. The magical Mooneys are the ones that go fast on little fuel, and the 201 was the champ of that game. It was the right airplane for its time. And perhaps even for today. Going faster and farther on less fuel is always a good thing.

That radio is there for communication: a close call
Scroll to top