Blog - Latest News
You are here: Home1 / Article Archive2 / I was there3 / Read the NOTAM—my conflict with Air Force One 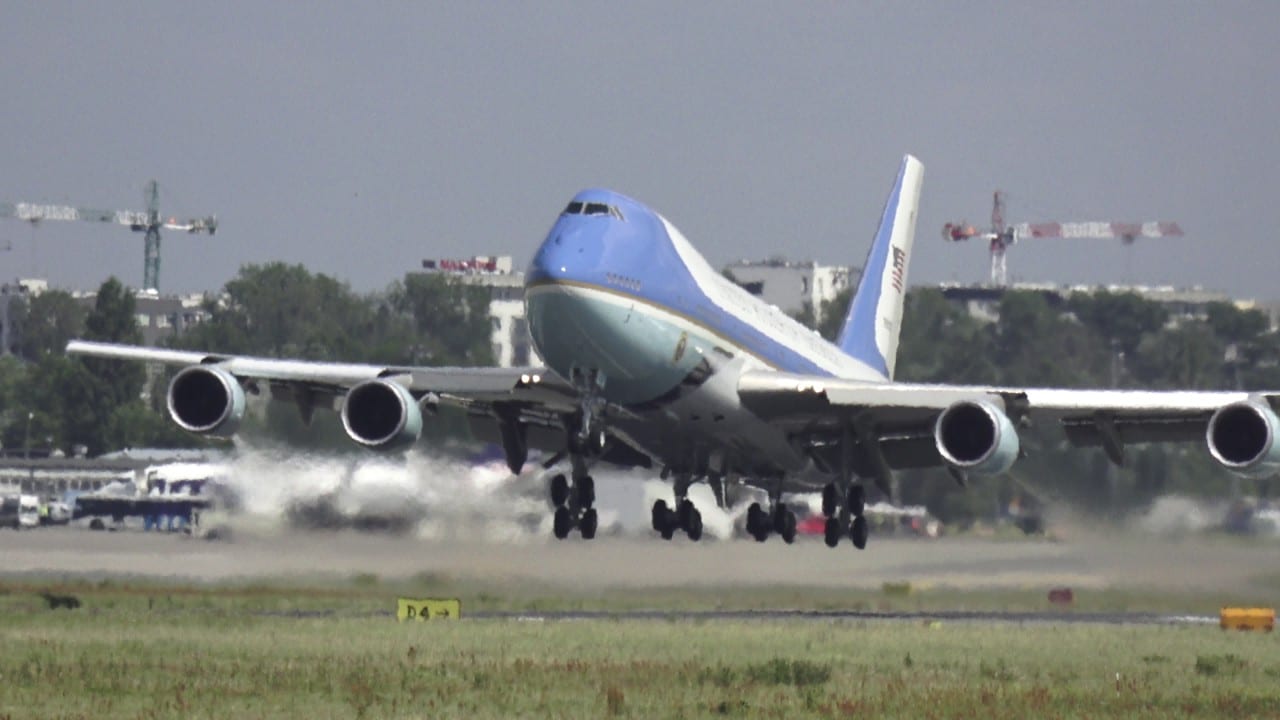 In the summer of 2019 I was ready for my first international flight. The plan was to visit a friend in Warsaw, record an episode for his webcast series, and drink beer together for a couple of days. In the weeks leading up to my first “giant leap for a man,” I took my preparations seriously, or so I thought. I passed the ICAO English exam level six, got a fresh map of southeast Poland, planned my route in SkyDemon, discussed the options with the plane owner and other pilots, and read up on current affairs in Polish airspace.

All seemed good and the weather in late August seemed not too stormy, so I got into my travel fever. I prepared my flight plan and duly filed it the night before the flight. The idea was to fly out from my home airport, LZDV in Slovakia, and land in EPBC, a nice GA airfield within the city limits of Warsaw. Admittedly, a Cessna 150 is not an optimal airplane for four hour trip, but I fully subscribe to the idea of slow and sturdy.

I took off around 7am on Friday, August 30, avoided some local showers, climbed to 4500 feet MSL, and started to enjoy my ride. The flight was mostly smooth except for some showers south of Warsaw about one hour before my ETA. The friendly controller asked me to deviate more to the west to avoid it. I must have been flying somewhat erratically because he called me after about 10 minutes and gave me the heading to the destination. In my (weak) defense, try to find out how PRZEDBORZ gets pronounced in Polish and you may have some sympathy for me.

So when I finally landed in Babice Airport, the sky over Warsaw was clear again and I was happy to be on the ground. My friend was waiting for me and the vision of a landing beer was becoming very vivid. I tied down the plane and went up to the office to pay the fee. On departure (remember, the beer!), the friendly gentleman mentioned—just by the way—that the airspace over Warsaw was about to be closed from 10pm that day (Friday) until 10pm the following Monday.

The reason? The US President was about to fly in to commemorate the outbreak of WWII and the whole air traffic system was shut down for the long weekend. I was shocked—my initial plan was to fly back on Sunday. I tried to object, not knowing anything about it in prior, to which the response was, “it is all in the NOTAM. Did you not read it?”

Well, I did read the NOTAM, but clearly not all of it. So I went online again, and here it was, screaming at me:

ALL FLT MANNED AND UNMANNED AERIAL VEHICLES (UAV) ARE PROHIBITED IN THE AREA R-140 EXCEPT:
1.FLT WITH STATUS HEAD, STATE, HOSP, MEDEVAC, SAR, FFR,
2.OPERATIONAL FLIGHTS WITH GARDA, RATOWNIK CODE AND ALFA SCRAMBLE   SIGNAL
3.INSTRUMENT APPROACH AND STANDARD INSTRUMENT DEPARTURES PUBLISHED IN AIP POLAND OR RADAR VECTORING FLIGHTS BY ATC DUE TO OPERATIONAL REASONS
3. FLIGHTS IN AREA ATZ, MTCR, MTMA UNDER THE CONDITIONS AIR OPERATIONS CENTRE COMMANDER-AIR COMPONENT COMMANDER
4.STATE FLIGHTS PILOT-IN-COMMAND OR FLT ORGANISER CONDUCTING FLT WHICH IS EXEMPTED FROM RESTRICTIONS, INTENDED TO FLY THROUGH THE ACTIVE AREA R-140, IS OBLIGED TO NOTIFY IN ADVANCE OF THE PLANNED FLT THE HEAD OF THE DUTY TEAM OF THE DUTY OPERATIONAL SERVICE OF THE FLIGHT OPERATIONS CENTRE-AIR COMPONENT COMMAND – CONTACT +48 261 828 202/220.

FLIGHT CREWS CONDUCTING FLT WI RESTRICTION AREA ARE OBLIGED TO MAINTAIN TWO-WAY RADIO COMMUNICATION WITH THE RELEVANT ATS UNIT.
FLIGHT PLANS FILED IN THE AIR (AFIL) FOR ENTRY INTO FLIGHT RESTRICTION AREA R-140 ARE FORBIDDEN.
INFO ON ACTUAL TIME OR CANCELLATION OF RESTRICTIONS WILL BE AVAILABLE IN AMC POLAND PHONE: +48 22 574 5731.
OTHER FLT WITHIN AREA R-140 ARE POSSIBLE ONLY WITH PERMISSION FM THE AIR OPERATIONS CENTRE COMMANDER – AIR COMPONENT COMMANDER UPON PRIOR  APPLICATION MADE NOT LATER THAN 24HR BEFORE PLANNED FLT.
CONTACT PHONE: +48 261 828 280, +48 261 828 202/220FAX: +48 261 828 467,EMAIL COP.SRL(AT)RON.MIL.PL

So, I felt panic for a moment and started considering my options. Flying back again was not one: I was too tired and afternoon storms were building up on the route. Hopping to the nearest GA airport outside of the restricted area got rejected by their staff—they did not speak English. So I resigned myself to extending my stay in Warsaw until Tuesday. That would mean my planned business meetings would have to be rescheduled. Not an option I liked.

Then, after a good late lunch and some beers with my friend, I had the great idea of re-reading the darned NOTAM and came to the part which says, “ OTHER FLT… ARE POSSIBLE ONLY WITH PERMISSION…” Then I remembered the old saying, “if you don’t ask the answer is NO.” So I fired up my PC and wrote a very humble email to the address given in the notice. I was given a clear answer that my plan to fly back on Sunday was a no-no but that I could fly back on Saturday afternoon as an exception. Needless to say I jumped on the offer from the very friendly captain and shortened my visit considerably.

Sure enough, the next day I took off at 1500 local time sharp and, after some five minutes of flight, I was out of the restricted area. Local staff at the EPBC airport was very surprised when I told them I had the exception. Luckily, SAMs and F-16s of the mighty Polish Air Force clearly were informed about my little plan.

The rest of the flight went smoothly and in the early Saturday evening I landed safely at my home base.

Having built my professional career in IT, I am familiar with RTFM. For non-IT pilots out there: R stands for READ and M for MANUAL… I made a lasting mental note of RTFN for the rest of my hopefully long flying career.

And one more: controllers are there to help you and make you safe. If possible, they try to make things happen for you. Asking for help costs some of man’s pride but nothing more.

Epilogue: On that weekend, the US President decided to stay home due to an upcoming hurricane emergency but sent his VP instead. At least the airspace restriction was not in vain.

I could never be so lucky again

Two exciting landings in 21 years of flying
Scroll to top