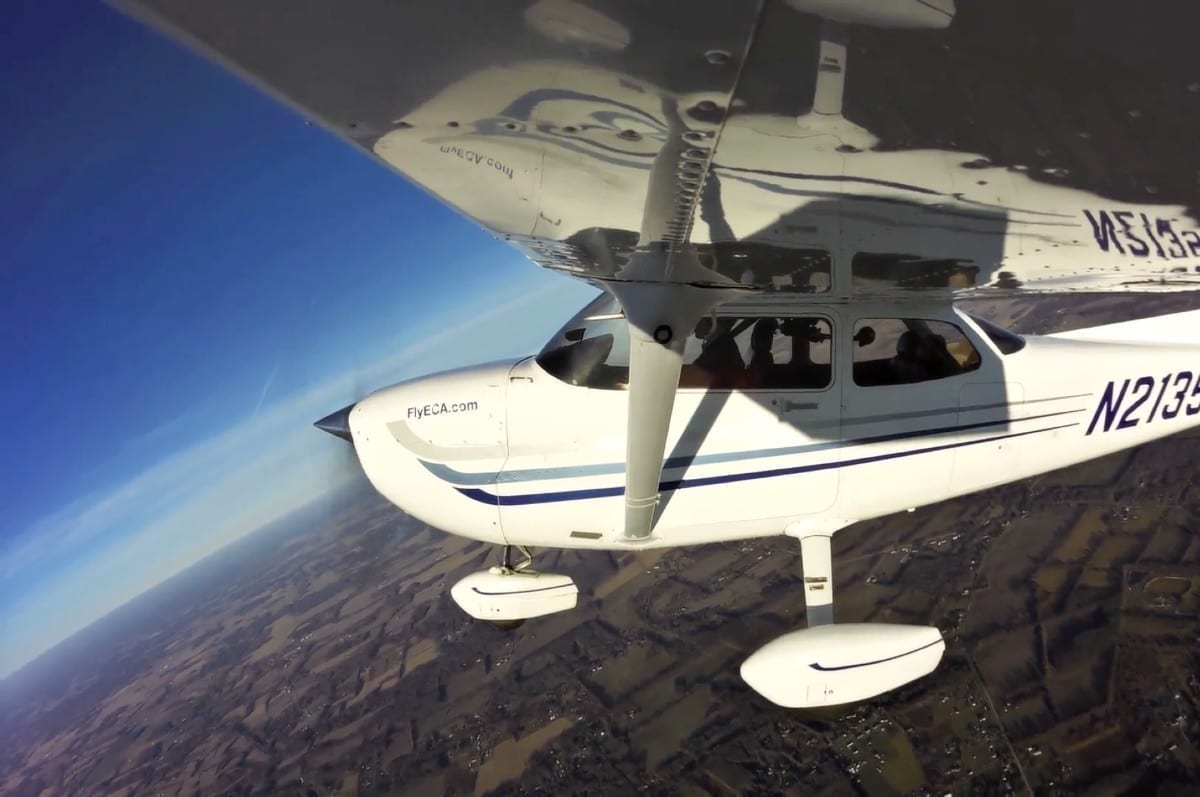 Very early in a pilot’s initial training the instructor will reduce the power, raise the nose, feel the airplane shudder, the nose drops, and the CFI releases back pressure on the controls and adds power.

See, that was a stall. Not so bad. Nothing to be afraid of.

Really? Stalls are the leading cause of fatal accidents in general aviation airplanes. Every year way too many pilots stall and kill themselves and passengers on departure, landing approach, in the traffic pattern, buzzing, and even in training.

Does this picture scare you?

Seems to me we should all be very afraid of stalls when they claim so many lives. I’m afraid of thunderstorms, super strong winds, icing, slippery runways, and a list of other hazards to aviation safety. Why shouldn’t I be afraid of stalls?

As with so much of aviation there is a double standard when it comes to attitude toward stalls. In larger airplanes flown by professional crews, we are taught to be afraid of stalls and never actually intentionally stall the airplane. In piston singles, budding pilots are taught not to fear the loss of control that a stall is and spend hours stalling the airplane.

The accident record shows that pilots of piston airplanes—who really do fly into full aerodynamic stalls—are involved in way too many fatal stall-related accidents. In larger airplanes, where pilots don’t fly to an aerodynamic stall during training and checking, accidents involving stalls are very rare. Who has the right attitude? Clearly to me it’s the pilots of the larger airplanes who don’t stall during training, and almost never stall in actual flying.

Much of this difference in the attitude about stalls, and training in stall avoidance in small versus large airplanes, is historical. Scads of piston airplanes were built without any reliable stall warning system. And many thousands of those are still flying. The only way for a pilot to recognize an impending stall was to fly to the actual stall and experience the buffet, or shake, or whatever aerodynamic warning—often very subtle—a particular airplane provides.

But in jets, especially those with swept wings, an actual aerodynamic stall may or may not be recoverable no matter how prompt and correct the pilot’s actions may be. Stall recovery is especially challenging in the thin air of high altitude, and even if possible, a full stall recovery is likely to require the loss of many thousands of feet. That’s why most larger airplanes have “stall barrier” systems that actually prevent an aerodynamic stall. If the airplane approaches the stalling angle of attack (AOA) a stick pusher shoves the controls forward to lower the AOA before the wing can stall.

Even with a stick pusher to prevent a stall, jets all have very positive stall warning systems that shake the control column as AOA nears stall. Or sound a loud horn. Or flash lights. Or yell loud vocal warnings. Or all of the above.

In initial and recurrent training, jet pilots always practice approach to a stall and recovery. The key here is “approach” to a stall. The drill is to immediately initiate recovery by adding power and lowering the AOA at the first indication of a stall, which is the shaker, horn, light, vocal alert, or whatever comes first. If you don’t recover at those warnings, well you fail a checkride, or get in the sim for more training before you can qualify for a checkride.

Contrast that practice to the usual training in piston airplanes, where the CFI routinely insists on ignoring the stall horn that may be chirping, and hauling back until the nose drops or a big sink rate develops. Again, the CFI is trying to allay the student’s fear of a stall. In the jet, we’re trying to reinforce that stalls are dangerous and must be avoided every time.

Learning precise airspeed control on final may be more important than practicing stalls.

To me the most emphatic message that stalls are scary and must be avoided at all costs in larger airplanes is Vref. That is the landing approach reference airspeed, calculated to be 1.3 times the stall speed for the weight and configuration of the airplane.

Pilots of larger airplanes always lookup Vref for their landing weight and bug it on the airspeed indicator. Then you add airspeed above Vref for maneuvering with less than landing flaps, or for gusty winds, or even for bank angles greater than 15 degrees.

Vref is such a holy grail that it is the only “assigned” airspeed I can think of that has zero tolerance on the slow side. Other airspeeds must be maintained within a tolerance of plus or minus 10 knots. The standard for training and checkrides for Vref airspeed is never to fly even one knot slower until in the landing flare. If you do, you flunk. How’s that for reminding you to be afraid of a stall?

I think the Vref concept could and should be employed across all types and sizes of airplanes. In most piston airplanes, the difference between stalling speed at maximum and a realistic minimum landing weight is only a couple knots so a single Vref could be marked on the airspeed indicator for the highest landing weight.

Then, just like in the jets, we could enforce Vref discipline during training and checking. Fly slower than Vref and you flunk, or at least must receive more training before moving on.

I know that a wing can stall at just about any airspeed if it is loaded to high G. Snap rolls are clear evidence of that. But the 30 percent margin built into the Vref calculation would cover all maneuvering loads except buzzing pull-ups and other total horseplay when it comes to providing a stall margin.

Vref is all about being afraid to stall, and about maintaining a safe margin above stall. If you don’t like the word “afraid,” or “scary,” substitute respect. If all pilots learned that, and were trained and checked to a true stall avoidance standard as they are in large airplanes, I think we could put a dent in the stall accident problem.

If a pilot wants to fly aerobatics then he can learn about aerodynamic stalls and spins and other departures from normal controlled flight. That’s a different form of flying. And it involves at least some added risk that not all pilots want to take on.

We don’t practice flying into trees to show how dangerous that is. We don’t fly faster than the red line airspeed, or yank the airplane around loading it above its structural limits to prove how risky that would be. So why do we need to stall an airplane just to show that stalls must be avoided? Just avoid them from day one. And yes, tell new pilots that their instincts are right. Stalls should be scary and must be avoided or they can kill you.

From glider to hang glider to jet glider
Scroll to top