Blog - Latest News
You are here: Home1 / Article Archive2 / Opinion3 / The little airplane that could… and still does! 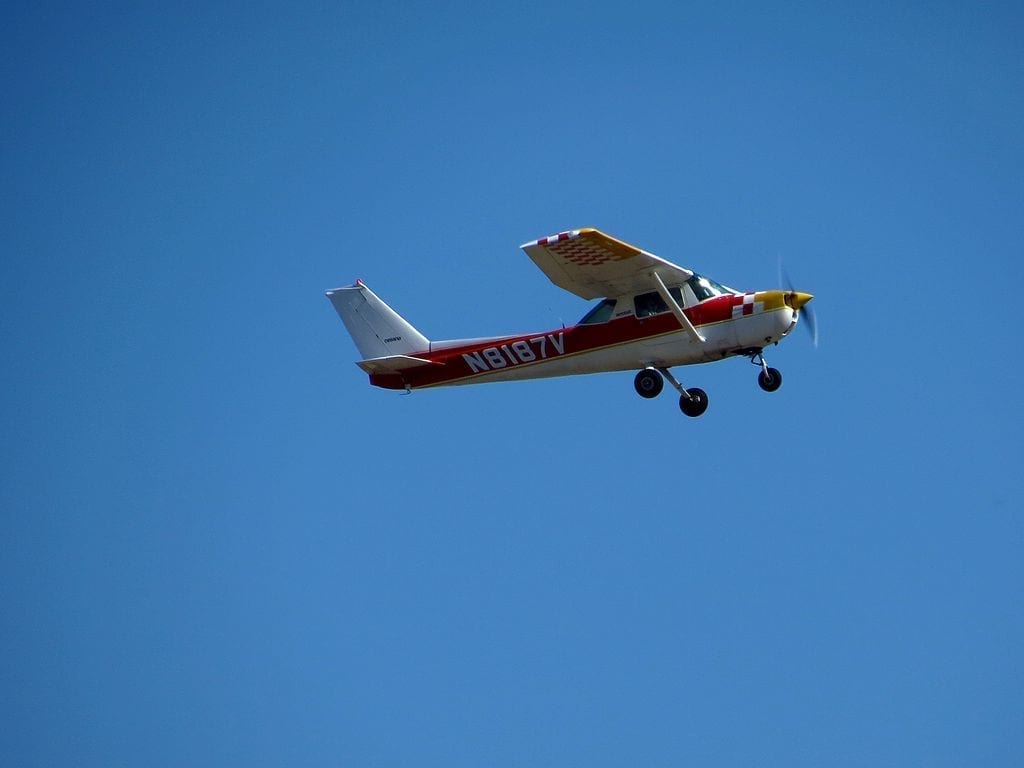 I read recently on one of the pilot forums that if you can’t afford a hangar, you have no business owning an aircraft. That’s an interesting idea. In over 30 years of on-again/off-again aircraft ownership, my airplanes have spent perhaps a cumulative total of three weeks indoors. I feel fortunate not to have known of the axiom requiring a hangar.

An airplane tied down outside?! The horror…

Evidently, as a quick look at airport photos from the 50s and 60s will demonstrate, the no hangar/no airplane rule must be a fairly recent concept. Admittedly, many airports here in the Midwest have almost all of their aircraft locked securely inside, with the possible exception of a small ramp space for the less fortunate. As pilots whoosh past this area in their BMWs and Range Rovers, they may be vaguely aware of the diminutive and familiar shape of the Rodney Dangerfield of airplanes: the Cessna 150.

I’ve owned three of these wonderful gals (please forgive the gender-specific anthropomorphism) over the years: a ’59, ’66, and ’76. Along the way, I’ve learned a few lessons for the potential 150 purchasers out there.

When others refer to it, they will inevitably insert the word “little” before the description of make and model. “Oh, I see you own a little 150.” Try as I might, I’ve never been able to find an example of a “big” 150, but nevertheless, if you are not careful, you will begin using this same descriptor. “Oh, you own an airplane? My uncle has a little airplane too. It’s called a Baron, I think. He keeps it in a hangar.” Of course he does. “What do you have?”

Here is where you must guard against the urge to cast your gaze downward, and mutter, “I’ve just got a little Cessna 150.” The first rule of ownership is to leave your ego at the door (or in someone’s hangar). You will not elicit jealous stares when you arrive at a fly-in. First time passengers may be horrified when they see just how “little” the 150 actually is. It’s possible that from their experience, flying machines this small are usually mounted on something that goes around in circles at an amusement park.

Occasionally, a female passenger may think it is “cute,” but that term is unlikely to assuage the male ego. Other aircraft owners may be unknowingly condescending to you. The TBM 700 guy may strike up a conversation. “What do you fly?” You’ll answer by pointing to the far corner of the airfield, and saying, “That’s my 150 tied down out there.” His eyes will move quickly as he desperately tries to find some common ground, and then hit you with, “Oh sure… great little airplane, I flew one on my first five hours of flight training.”

You may want to explain that you’ve flown big, horsepower-laden beasts, or even owned an airplane capable of soaring to great heights with more than two improbably-sized standard issue FAA adults, and 10 gallons of fuel. Eventually you learn to just smile, and pass up the opportunity to qualify or justify your choice.

“If you are in this game primarily for the joy of flying itself, the 150 will deliver the goods.”

The fact is, 150s are, pound for pound, one of the great values left in aviation. Yes, climb rate can be stately, or occasionally non-existent, and you will only out-run the odd J-3 or 7AC. But, if you are in this game primarily for the joy of flying itself, the 150 will deliver the goods. You can actually go somewhere with it if you wish, limited only by your physiological needs. It may not deliver the sweaty-palmed moments of a tailwheel airplane, but in a gusty crosswind it will provide enough challenge to keep you on your toes. (If you make a particularly awful landing at some far away airport, the 150 provides a built-in excuse, as the airport bums will assume that you are a student pilot.)

Fuel burn is miserly. Parts are still available, and routine maintenance is relatively (by aviation standards) inexpensive. Insurance rates for an unmodified 150 are the lowest available. If you can bring yourself to be a modern-day trendsetter, you can save money over the long haul by relegating it to that far-away airfield section called “the tie-downs.” Yes, the paint will suffer to some degree, and you may have a fuel cap stolen, or be hit by a runaway hot-air balloon (both of which have occurred to me), but think of all the fun you can pump into the tanks with the money you are saving.

I am between airplanes at the moment, having recently cycled through a period of fiscal sanity, wherein I try to make myself feel good about the fact that my airplane has been sold. Eventually, I will hear the siren song again, and the specter of some potentially catastrophic household expense will begin to fade: “Well, I don’t have an airplane, but I sure am glad I had the cash for that new septic tank.” The last one provided me with 4 seats, 3 of which spent most of the time empty while I was aloft. This time, I am sure that there is another “little” 150 out there with my name on it. Don’t tell the forum experts, but after I find her, she’s going straight to the tie-downs. Go or No Go: VFR ahead of the front

A long cross country and a lesson learned
Scroll to top