Blog - Latest News
You are here: Home1 / Article Archive2 / I was there3 / A pilot struggles with bladder control 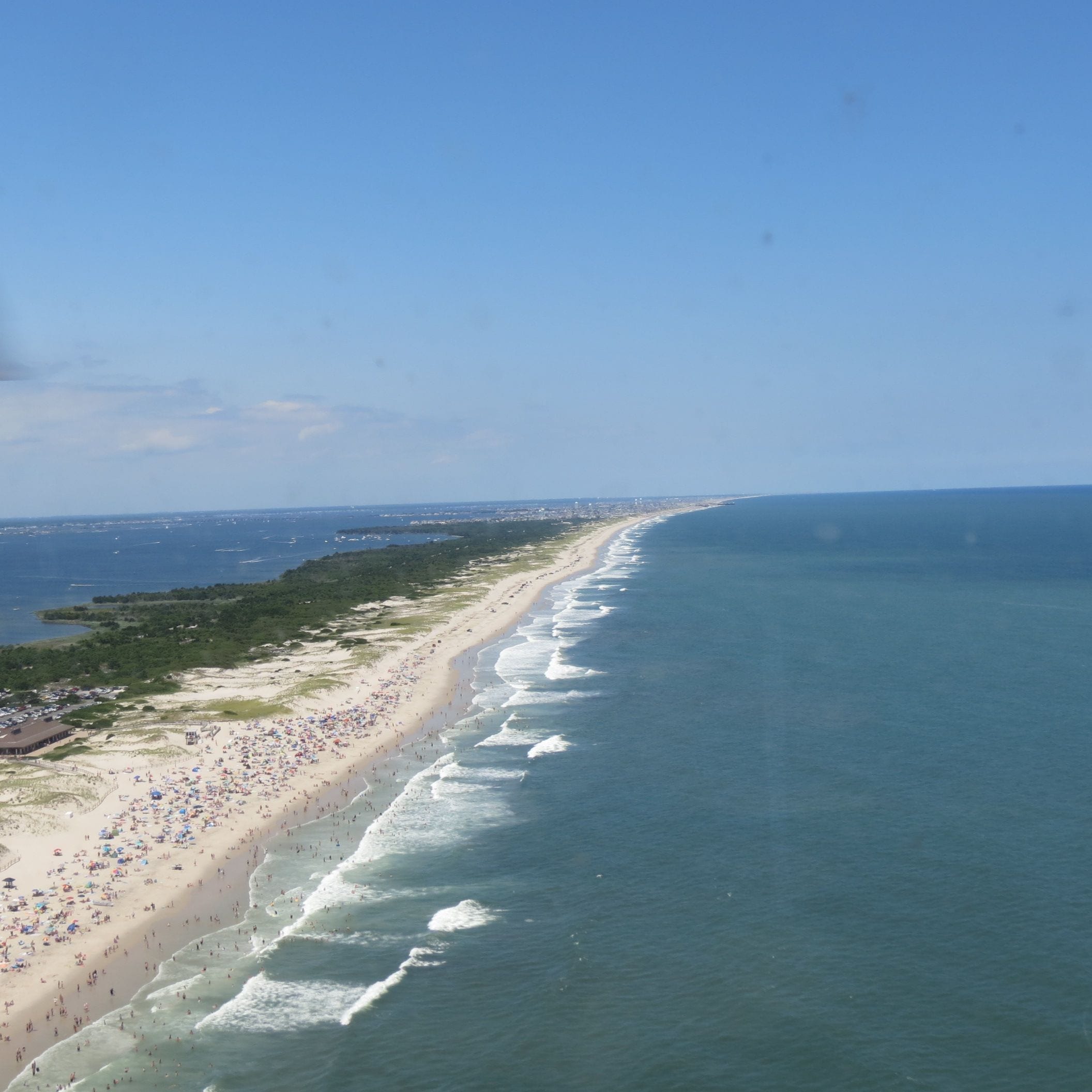 It was another typical, beautiful, sunny summer day on the New Jersey shore, a Saturday. That meant that Cecil and his wife, Marge, were down from their home in Brooklyn and all of the airplanes would be flying banners for the weekend. Our pilots, except for me, were a little older and had all worked for Cecil for many years. It was always good to see everyone because during the week I flew the one banner by myself.

All of the airplanes were out. Cecil was checking with the pilots to see if they needed anything. Although he was born in 1900, he reminded me of Jimmy Cagney, with a great Irish face that a bit of a smile always played across.

As he did several times a summer, he stuck his head in my Cub and asked, “Do you have a bottle to pee in?”

Everyone but me carried a bottle. I guess it was a young guy thing. He liked to kid me about it.

Cec shook his head. “What happens if the day comes you just can’t?”

He made a laughing face of disgust.

A multi-function tool for a pilot.

“Ewwgh, hope you throw the thermos away.”

“Nah, just rinse it out a little.”

We laughed through the same conversation every few weeks during the summer. I never peed in my thermos and never carried a bottle.

On the weekend I towed from Long Branch, New Jersey, down to Ocean City, Maryland, dropped the banner in Rehoboth Beach, Delaware, kicked out a left-handed banner (which was actually standard) which had been rigged with poles taped to the tow-rope, snagged it and flew it northbound from Cape May to Long Branch. It was a lot of flying. I was always the first banner out and the last airplane home.

Sunday, all of the airplanes were out of the hangar and gassed. I was talking to Jack, getting ready to go, and mentioned the liner in my thermos had broken.

“Oh, I’ll be all right. I fly without a thermos half the time.”

“No, just take one. I’ve got water or Kool-aid: your choice.”

I took the water and off I went.

A good six hours later, I taxied up behind the hangar and while I was idling the engine down, Jack was standing at my wingtip, arms akimbo with the Cheshire cat grin.

I shut down, jumped out, and handed the man his thermos, “What’s up, Jack?”

He tried to be stern but could barely contain a laugh, “Did you piss in my thermos?”

We both busted up.

“I went up on the banner hill before I left and mentioned to Cecil that you’d broken your thermos and I gave you one of mine. He and Marge damn near lost it. I couldn’t figure it out and they couldn’t tell me for five minutes. They just couldn’t stop laughing.”

We could hardly stop laughing. About that time Cecil came over.

“Hey Jack, is that your relief thermos?”

A year later Jack told me that almost every weekend Cecil asks which one of his thermoses is his relief thermos. Good laughs die hard.

Not the ideal place for a bathroom break…

Of course, a couple of weeks after that, I was two-and-a-half hours into my four-and-a-half hour flight and I had to go. No ifs, ands or buts, this was eye-tearing, stomach-aching, bounce up-and-down, throat-gurgling pressure on my bladder. And, I didn’t have my thermos at all. If I went back to Colts Neck and dropped the sign, my day was over. There was no way I could get back in the air and finish before dark. I could not tell Cecil why I cut the banner run short, and I wouldn’t lie. In another 15 minutes I knew I wasn’t even going to make it back to Colts Neck. The time to urinate had arrived.

Just south of Seaside, along what is now Island Beach State Park, I pulled the power back on the Cub so I slowed from my normal 55-57 mph to just under 50, trimmed the Cub up, unhooked my seatbelt, undid my pants and proceeded to carry out my brilliant plan. We only had the front seat and no stick in the back, so I hooked my left foot under the front of the seat, braced myself with my right foot behind the seat, all the while keeping myself from falling out by jamming my forehead against the wing root. I knelt on the doorframe with the clamshell doors open. Once I stabilized, I proceeded to pee out of the door into the slipstream.

At least that was the plan. The result was considerably different. Considering there was no stopping once the relief started, I was just along for the ride at that point. It was a long and strong stream that turned back into the cabin immediately and swirled around in a maelstrom of piss. The Cub didn’t have much interior, but, what it had was covered. The storm swirled onto me as well. My hair, my back, my right side and entire right leg were pretty well drenched.

The rest of the flight was miserable and when I finally got back to Colts Neck I had to hose down the inside of the airplane. After that, I always had my thermos and, for the record, I never used it for anything but drinking.

Pilots make a deal with the devil

Friday Photo: the plains of New Mexico
Scroll to top