Blog - Latest News
You are here: Home1 / Article Archive2 / I was there3 / Mountain wave: an invisible threat 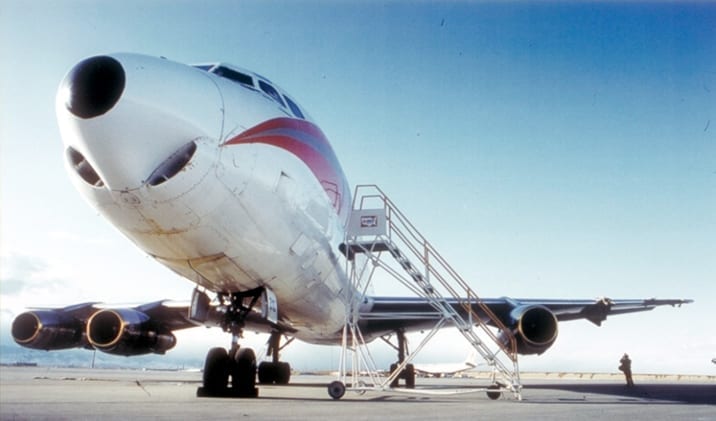 Captain Larry Luscinski’s annual line check was in progress. The first day had taken us from St. Louis to San Francisco, then a limo ride to a layover hotel near the San Jose airport. His flying was very professional, and the line check required little more than ascertaining he was up to date on recent changes. Day two was under way.

Mountain wave forecasts are getting better, but it’s still hard to forecast.

Following a routine departure out of San Jose, we were crossing some 100 miles west of the Colorado Rockies. What had been normal radio chatter up to this point took on a more ominous tone. Although its presence in the pre-departure weather briefing as absent, preceding flights were beginning to encounter strong mountain wave activity. As a precaution, the seat belt sign was turned on and the flight attendants were advised to discontinue the meal service until further notice.

The ride had been very smooth thus far, but Larry and I agreed that a different altitude looked more promising for turbulence avoidance, and requested it. The controller had that altitude available, and we positioned our flight there. Conditions remained smooth.

Meanwhile we heard an aircraft on the frequency report the loss of an engine. It first sounded as though the flight crew was reporting the loss of an engine’s thrust… but further transmissions revealed that engine had been torn from the aircraft wing! Shortly thereafter another airliner reported a turbulence-induced injury to a flight attendant. The controller was suddenly very busy.

A few minutes later, the smooth air continuing, Larry and I advised the flight attendants to resume the meal service. Meanwhile, on the eastern horizon a lunar eclipse added a surrealistic backdrop to an increasingly unusual flight. When within radio range, the St. Louis ATIS confirmed what had been predicted: a major snowstorm was occurring at the airport. We’d be stacked in a holding patter awaiting our turn to fly an instrument approach there.

This DC-8 lost an engine and 19 feet of its wing during a mountain wave event.

Nearly 13 years later, while thumbing through a recent edition of Air & Space magazine, I was surprised to find an article entitled “The Calculators of Calm,” concerning the problems associated with airline operations in areas of turbulence. Accompanying that article was a photograph of a DC-8 that had lost a considerable amount of its left wing, including an engine! The article also contained another picture with the following description: “A computer simulation of the 1992 atmospheric event over Colorado that damaged a DC-8 uncovered tornado-like tubes roiling above mountain wave activity.”

My memory of that flight is very vivid. Also my knowledge that computers can’t simulate the protective hand of Providence over the Colorado Rockies that December evening.

No fast hands in the cockpit – why patience is a virtue