Blog - Latest News
You are here: Home1 / Article Archive2 / Technique3 / No fast hands in the cockpit – why patience is a virtue 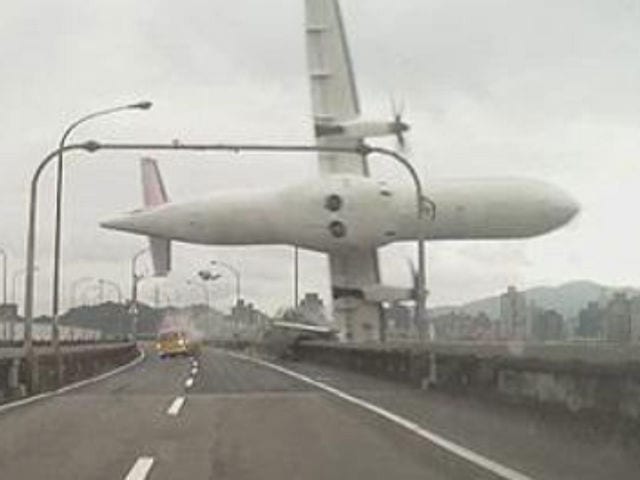 My favorite flights are those I can share with a friend or family member, and they’re even better if I can travel somewhere far away. To me, being a pilot is about going places with people you like. Every once in a while, though, it’s healthy to go up alone and simply practice the craft.

That’s why I found myself alone in a Citabria recently, going round and round the pattern on a gray winter day. What started as a fairly routine flight (yes, you might even call it boring) became a real joy as I began to practice power-off glides. As so often happens in the cockpit, some of the deepest insights come from the simplest flights.

This particular airplane has no flaps and a fixed pitch propeller, so landing is just a matter of reducing power and flying the airplane all the way to the chocks. If you eliminate the power part of the equation by reducing the throttle to idle abeam the numbers, it becomes pure flying – almost like a glider. Airspeed control and energy management reign supreme.

On my first glide, as I turned left base for runway 4 I immediately felt high, so I cranked the airplane into a forward slip to lose altitude. The sight picture improved, but by the time I was on short final, it was clear I would not make the runway. I added power and made a rather firm arrival. I had been impatient and I overreacted.

Learning to fly a tailwheel airplane will teach you patience.

I kept experimenting. On the final trip around the pattern, I reduced power to idle abeam the numbers, then took my hand off the throttle. I patiently slowed the airplane to approach speed (a very leisurely 65mph in the Citabria) and simply flew the pattern. I still felt high on base, but I stuck with it. I didn’t slip, I didn’t dive for the runway. By the time I crossed the threshold, I was just about perfect.

Not every flight is this easy. I was aided by a nice, 10-knot wind right down the runway that made that final leg longer than usual. But it was a great reminder for me that patience is a virtue in the cockpit. In our 24/7 world, some promoters of aviation have tried to sell flying as an extreme sport, packed with thrills and constant action. This is misleading, but it’s also an unhelpful mindset for the cockpit. As this flight proved, sometimes you have to be comfortable doing nothing.

There are plenty of other examples that prove how powerful a little patience (and discipline) can be.

I learned my first lesson about patience when I struggled through landings in primary training. Like far too many pilots, I would get close to the runway and promptly get antsy. I remember nervously wiggling the yoke as the wheels hunted for the runway, trying to dance the airplane onto the ground. This may be necessary in a gusty crosswind, but it shouldn’t be normal practice. Often, the result was a balloon or a stall 10 feet above the runway. One day, my instructor told me to relax: “Just set the proper flare attitude and wait.” I quit trying to coerce the airplane into touching down and things got a lot better.

This was reinforced some years later when I learned to fly tailwheel airplanes. In some models (especially aerobatic airplanes with plenty of elevator authority), it’s easy to flare too much and land on the tailwheel first. After a couple of these “one point landings” we stopped trying to land and just practiced the flare, flying down the runway at 3 feet until going around. It was here that I remembered my first flight instructor’s advice.

On our next approach (a real landing), I set the right pitch attitude, kept the airplane tracking straight down the runway and waited. I resisted the urge to keep pulling on the stick and the result was much more gratifying. The airplane landed when it was ready to land. This technique may not work on a 900-foot long gravel bar, but on a 4000-foot runway at 55mph there’s plenty of time for it.

Instrument approaches are another place for patience. If the needle is moving away from centered, a smart instrument pilot will certainly make a correction. But after you change heading, it’s a good idea to wait and see what the needle does. If you’re not patient, you can end up chasing the needle all over the sky, making a second correction just as the first one takes effect. The same goes for power or flap changes: give it a minute to take effect before you panic and start making radical changes.

Communications is another area of struggle for many pilots, and at first this might seem like one time when speed wins. After all, the pros at New York Center rattle off routes and altitudes like an agitated auctioneer. But most experienced pilots only become proficient on the radio when they slow down a little bit. Don’t rush to push that PTT switch; first consider the situation and what you should expect to hear after you call ATC. Then wait for the right time to call – unless you’re on fire, you don’t need to check in within five seconds of a frequency change. Most importantly, if you’re busy flying the airplane or finishing a checklist, don’t rush to reply to a radio call. It definitely can wait.

Contrary to human nature, even many abnormal situations demand patience. A classic example is an annunciator light. The natural reaction is to panic and start flipping switches – and in the process possibly shut down a perfectly good engine or panel. A more appropriate response is to look for confirming evidence of a failure (you’ll probably know it if the engine really has quit or the alternator is offline), then read the checklist.

As John Wooden said, “Be quick, but don’t hurry.”

The same is true when dealing with an engine failure in a multi-engine airplane. While you must retract the gear and get the power up swiftly, don’t be in a tremendous hurry to shut down an engine. Consider TransAsia Airways Flight 235, the turboprop airliner that crashed in Taiwan in 2015. The pilots lost an engine and quickly shut one down, but in their haste they picked the wrong one. The airplane, caught on video, rolled and crashed.

There are certainly times for quick action. An engine failure in a single engine airplane right after takeoff demands a swift lowering of the nose to avoid a stall. A wing buffet or stall warning horn requires quick application of power and a lower angle of attack. For helicopter pilots, a low rotor RPM horn should be met with an instinctive lowering of collective. Hesitating in one of these situations can be fatal, and many training sessions are spent developing the correct reactions.

But these are notable because they are exceptions. Most of the time it’s better to slow down and consider all the information before you make a decision. I like to think of flying as a conversation between me, the airplane and the weather. Like any good conversation, it takes time to develop.

As the old saying goes, “no fast hands in the cockpit.”

Two men, a tropical storm and a hurricane fly into the sunshine state