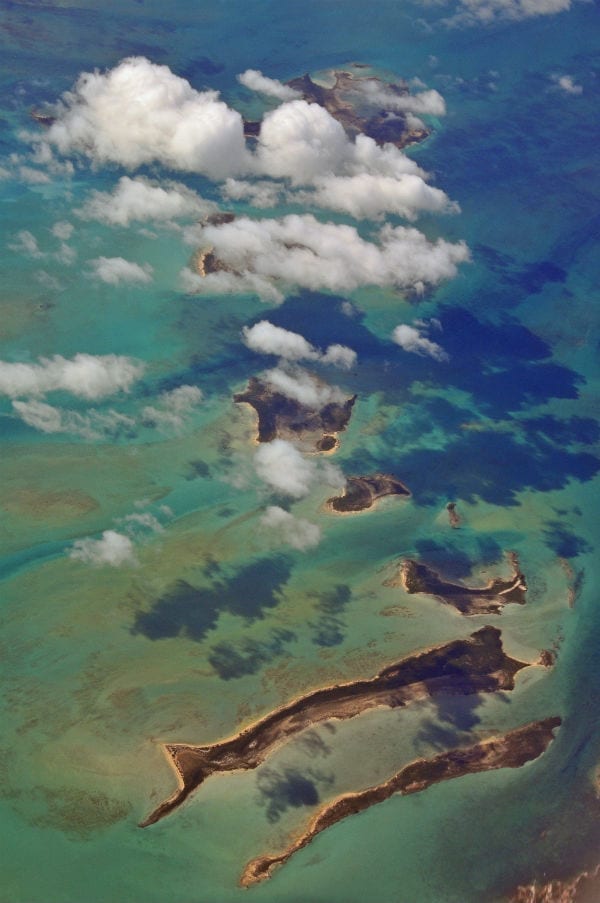 Editor’s note: This is the latest installment in our weekly series called simply the “Friday Photo.” Each week we’ll share a great photo taken from the cockpit – one that shares the joy, beauty or fun of flying. If you’d like to join in, send your photo and description (using the format below) to: [email protected]

The view: Over the Berry Islands in the Bahamas

The memory: The first time I flew to the Bahamas was in the spring of 1974 in a 1952 Piper TriPacer. I was still a student pilot and in the right seat with one of my partners doing the flying. On that flight, we ded-reckoned from Ft. Lauderdale Executive into Freeport doing about 100 knots; at the time a great adventure! We’ve flown the Bahamas many times since. This is looking down on the Berry Islands as we were beginning descent into Nassau. On this flight, we’re in our Aerostar following the magenta line – precisely knowing our position, ground speed, ETA, etc. The technology may have changed, but the beauty of the islands has not.

Where is the “airport community?”
Scroll to top