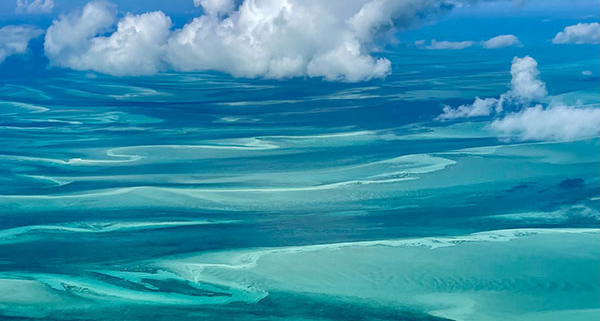 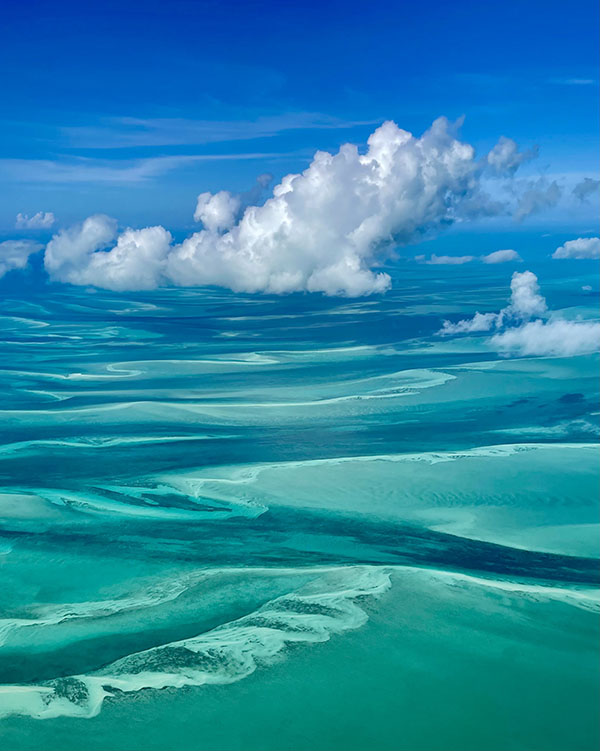 The view: We were descending out of about 5,500 ft. south of North Eleuthera Airport in the Bahamas.  This is an area just off of the southwest corner of Eleuthera with very shallow water and what looks like “sand dunes” in the water.

The airplane: Taken from our Aerostar 601P Superstar 700

The mission: Flying between Stella Maris on Long Island, Bahamas, to North Eleuthera.

The memory: As we flew across the southwest corner of Eleuthera, the water got very green and looked very shallow. It was nearly impossible to tell where the surface of the water was. We were just at the right altitude to see the greenish cast in the water, white clouds, and blue sky at the same time.  There were just two frames like this before the colors faded. (I found out later from looking at marine charts that the water in this area is only 1-12 ft. deep.)