Blog - Latest News
You are here: Home1 / Article Archive2 / I was there3 / Losing a wingman: the price we pay 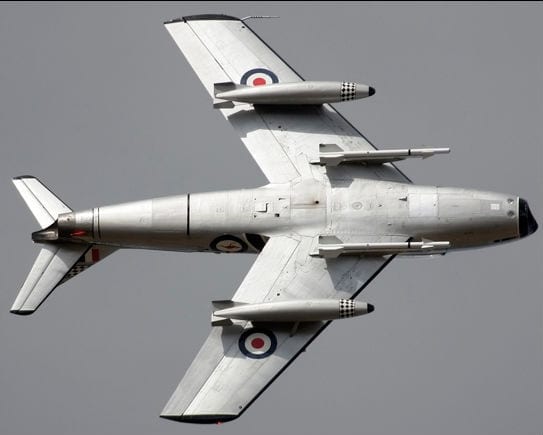 As flight commander on the RAAF’s No 75 Fighter Squadron, it was my job to maintain my own personal operational capability and help train the new pilots when they came to the squadron. A system of categorisation was applied as new pilots started at “Cat D” and, as skills were learnt and combat scores improved, one graduated up the scale and one day might make “Cat A Select” – in modern parlance a Top Gun.

The welcome briefing to new pilots always highlighted the main Mission: operational readiness to deploy at any time and at the shortest notice.

To that end, the squadron would deploy one exercise from its southern base at the RAAF base at Williamtown NSW with the destination always the most northern operational airfield at Darwin in the Northern Territory.

These exercises were to become routine in peacetime where support crews and spares would deploy using the RAAF’s C-130 Hercules; while the fighters would depart in sections of four through various routes and various periods of deployments, at about eight weeks’ intervals.

The author (second from left), with three other pilots, ready for exercises to begin.

Support crews could take our personal gear in the C-130s, but for passive exercises, the bins, designed to carry the 30mm Aden cannon ammunition in our Rolls Royce-powered Sabres, would be empty so special canvas bags holding our personal gear could be stowed in those bins.

Such was the luxury of most exercises, but this would later change dramatically when a “Form Green” signalled a major change in attitude would be required.

Deploy ASAP, hot guns – 30 mm canon ammunition and sidewinder missiles. That order came to the squadron some months later when Australia had the “confrontation” with Indonesia; however, for now, it was an exercise and little did we know a calamitous event was soon to happen in a dramatic way.

The route was through Townsville for refuel and then across the Gulf of Carpentaria to Darwin. Usual equipment included a 38 Smith and Wesson in an armpit holster, not for fear of the enemy, but an ejection over the Gulf area would surely attract crocodiles and they were not the friendly kind.

Sixteen aircraft would transit in sections of four through the two sectors with no real drama. Take off in pairs, join up in battle formation and cruise climb at about .85 Mach. Long-range drop tanks were needed to cover the distance involved and initially the aircraft were heavy until fuel was burnt off – so the maximum altitude achieved on the first sector was about 41000 feet.

The colder temperatures with the higher tropopause on the leg into Darwin from Townsville often allowed a cruise-climb to 48,000 feet and that was needed for the longer sector to get the fuel mileage required. The maximum headwind allowed to ensure adequate fuel reserves were maintained was 30 knots.

All the squadron arrived at Darwin without incident and preparations were made for the exercise scenario that was to start the next day. “Red Force” was Canberra bombers deployed from the RAAF base at Amberley in Queensland. Their role was a strike one with targets in and around Darwin.

The fighters were the defenders as “Blue Force” with Ground Controlled Radar Intercepts (GCIs) from the newly commissioned Control and Reporting Unit (CARU) stationed at Fanny Bay. Once in Darwin, we sat in the cockpits on the Operational Readiness Pad (ORP) having been brought up to “Standby.”

When given a “Scramble” order it was delivered with instructions: “Vector —- and climb Angels —-” the requirement being for the section of two aircraft to be airborne and on the intercept heading within two minutes.

Sitting in the heat with perspiration running down the back of my neck, I longed for the order to “Scramble.” Sometimes it didn’t come and we would be brought back to a lower state of preparation, but to get airborne was to cool off from the high temperature and humidity that could be controlled in the air-conditioned cockpit – and the enthusiasm was always to get airborne and not be grounded for too long.

Scramble – and the Sabres are airborne in less than two minutes.

Hitting the start button, the IPN fired with a surge and the Rolls Royce Avon engine started its slow windup. I leant forward at the same time to close the canopy and as soon as I could get engine power I would roll, my wingman doing the same. I selected the flight control hydraulics to normal, turned and lined up on Runway 11. I noted my wingman was nicely in position as I looked over my right shoulder and we accelerated down the runway.

Airborne and a nod of the head to signal gear up and immediately started the left turn onto our vectored heading but with enough room for my wingman to cut to the inside. I saw him in the rear view mirror as he slid behind me, low, and then settle onto a “deep vee” attack battle formation.

“Blue 2 Channel Bravo Seven go” as I called my wingman and to check in with the GCI controller.

Blue 2 “Rogered” and I called CARU.

“Buster” was the code for maximum speed and thrust. It was used when the targets were far enough away to get an intercept well away from the bogies’ anticipated targets but still make altitude before the attack.

My wingman now slid to the right side to take up a position in a wide battle formation for defensive support and where he could look through me and search for the bogies.

He was new to the squadron and was making good progress and considering this was his first air-to-air intercept exercise against incoming bombers, he was making all the right moves without being told.

“Blue 1 the bogies now your eleven o’clock and appear to be descending. Make new Angels 25 and standby for a rapid descent if needed,” transmitted the controller.

“Roger, will do, and now maintaining Angels 25.”

“Come left now heading 290 this will be a 90 degree beam approach. Bogies will be in your right one o’clock when steady.”

Peering through the windscreen in the glare of the blue sea there was a sudden glimpse of sunlight on metal.

Radar vectored to the target.

“Tallyho on two bogies crossing right to left descending.” “Tallyho” was the R/T code for a visual sighting of the aircraft.

I called Blue section descending and speed brakes out as our Sabres nosed over with the speed kept high but it gave a high descent angle of about 25 degrees.

This was a hard manoeuvre to execute as a fighter pair. Although we had the advantage of speed and height the dive angle would need to be steep to avoid an overshoot of the target but shallow enough to flare for the final attack segment

“Blue 2 if you have visual contact take the bogey on the right. Break off early with this high closing speed,” I called.

He answered “Roger Blue 2” and unknowingly that was to be the last transmission received from my wingman.

Settling the Sabre in level flight at about 1,000 altitude the gunsight aligned with the target from line-astern. Radar locked on nicely; “pipper” centred – rate of closure high – then I squeezed the trigger and called “Splash one Bogey.”

“Splash” meant a successful intercept and the destruction of the intruder. Looking for my wingman over my right shoulder, the sight was horrific. A ball of flame was bursting forward from the engine with the remainder of the aircraft disintegrating into what seemed hundreds of pieces.

“CARU this is Blue 1 my number two has just exploded – request emergency services.”

Immediately I slowed the aircraft and started a hard right turn where the debris had fallen. To aid in the later search, I changed the squawk code on the IFF transponder (Identification Friend or Foe) to the emergency code. Frantically I searched the sky for a parachute or a separated ejection seat but all I could see were remnants of what once was a shining fighter.

The thought of a dedicated young man losing his life in this, a most violent way, has stayed with me all my life. It, and others like it, are a high price to pay for the development of new technology that make our aircraft and crews safer than ever before.

The accident was investigated and many theories were addressed, but it was not until information from the USAF helped the investigators that they were able to solve the problem.

With its swept wings and hydraulic-powered controls, the Sabre was susceptible to PIO.

The Sabre was one of the first supersonic fighters, with deeply swept wings and hydraulic-powered controls. As a fighter, it had to be highly manoeuvrable and therefore the trade-off was less stability.

This was evident in the pitching plane and it was here the term Pilot Induced Oscillation (PIO) was to become a hot topic of discussion. As it transpired, it was the cause of similar overseas accidents in the Sabre aircraft — and it was finally concluded to be the cause of my wingman suffering his tragic fate.

In the short fuselage and powerful flying tail of the Sabre, the recovery was either to release the control column momentarily or provide a positive, continuous but small and steady, control input to the control column in one direction.

These conclusions did not become known for some time after the accident. In the meantime many theories were investigated from pressurisation turbine failure to engine disintegration, but the real cause was decided to be PIO.

Nowadays with fighters having fly-by-wire controls with control inputs limited by programmed computer parameters, the likelihood of a PIO is small.

But the accident did bring a realisation that became more acute later. Being a fighter pilot is not necessarily just a fun game; it is demanding, always serious, sometimes dangerous and particularly for when you deploy with hot guns and missiles – with no clothes in the ammo bins – just 30 mm canon ammunition as we did a very short time later… and went ready for war.