Blog - Latest News
You are here: Home1 / Article Archive2 / Debate3 / Debate: when are you “established” in the hold? 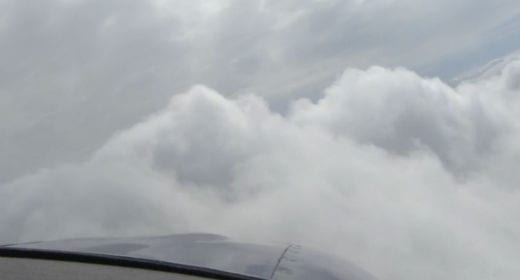 The other day, a relatively inexperienced pilot associate of mine – who has recently obtained an instrument rating – asked permission to accompany me on a private flight I was scheduled on from the Norfolk area to New York’s Republic Field in an older cabin-class turbo-prop aircraft, and was given the okay to do so.

During the flight, as we neared the busy northeast quadrant of the country flying northeastward on Victor 139, we were instructed to hold northwest (who would have ever guessed) at Sea Isle Vortac on Victor 166 for a short time. The last sentence the controller uttered to us was: “Report established in the hold.”  This is a common phrase heard very often from ATC, as we all know.

You’ve passed the holding fix – are you “established” yet?

Holding at Sea Isle is not unusual at certain periods of the day, but the specifics of these particular holding instructions themselves were a little odd, I thought; I had never before been instructed to remove myself from Victor 139 while holding at Sea Isle. Anyway, I slowed down as we approached the VOR in preparation for the delay and asked my friend what pattern entry we would use. He examined the chart and reasoned correctly that we should use a “parallel” entry if we were to fly a standard holding pattern – right turns, one-minute legs. I agreed.

I had to admit that he was technically correct; however, am I not correct when I quote the Aeronautical Information Manual when I say that it requires pilots to report to ATC when they “reach a holding fix?” Additionally, who or what is to say where exactly you are when you do finally report “established in the hold” – passing the fix for the second time? Why wait until then? You’ve been holding already for about three minutes or more…

My reasoning is that if you follow the AIM and report when you cross the holding fix for the purposes of holding at that fix (not proceeding any further along your flight-planned route until you have a clearance to do so) you are “established in the hold.” Now, you may or may not be within the confines of the artistically depicted little race track pattern – depending on the type of entry you are executing – when you make that call, but ATC is not asking you to wait until you are “anchored between the lines while coloring;” they just want to know you’re holding and they want to know as soon as possible. If you are in radar contact they’ll see if you are holding on the correct side or not.

Talk to several professional air traffic controllers; I would wager that most of them would tell you that they want you to call them when you cross the fix for the first time for the purposes of holding at that fix. I would further wage that most of them would rather you sit down and remain quiet after that, too. “Don’t call us; we’ll call you.”

Now, what say you?

The best hour in my logbook: why some flights are unforgettable