Blog - Latest News
You are here: Home1 / Article Archive2 / John's blog3 / The best hour in my logbook: why some flights are unforgettable 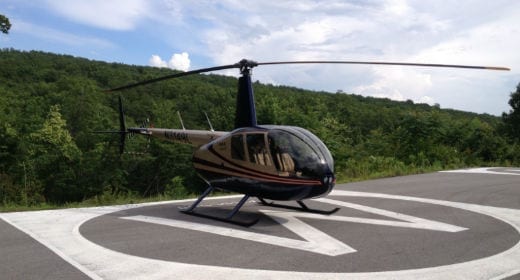 Editor’s note: This is the first article in a new series, where pilots share the single best hour of flying in their career. We hope to highlight the wide variety of experiences aviation has to offer, and hopefully send you rummaging through your logbooks to relive some fond memories. Want to share your best hour with us? Write an article and email us: [email protected].

“It was the best hour in my logbook.” So concluded a very experienced pilot I know, after telling the moving story of the last flight he took with his father, just weeks before his death. I thought it was a wonderful way to emphasize just how powerful this particular trip was: every hour has a story to tell, but some live forever in our memories.

I immediately began flipping through my own mental logbook to find my best hour. I haven’t been flying nearly as long as this pilot, but in 20 years of logbook entries there are plenty of memorable ones for me. It was easy to think of my 10 or 20 best hours, from great trips to Oshkosh to my first seaplane flight, but settling on just one proved surprisingly difficult.

That’s the point, though. There can only be one best – which flight is really above the rest? And why?

I finally settled on one of the shortest flights I’ve ever made – just 7 miles in fact. On a warm summer evening a few years ago, I took off from a small airport at Norris Lake, Tennessee (TN44), in a Robinson R44 helicopter. My passenger was my wife, a surprisingly rare treat, and we enjoyed a spectacular flight touring the rolling hills and mountain lakes of east Tennessee from 500 ft. Nothing can match the immersive experience of a low level helicopter flight; you truly feel like you’re out there in the air with the birds. To top off this great flight, we landed on a mountaintop helipad and enjoyed a spectacular dinner at a remote hotel.

You can watch a video clip from the flight below, but as usual, a GoPro doesn’t do it justice:

I won’t bore you with all the details of the flight, other than to say I have never felt so alive in my entire life. A truly memorable flight is like that – it’s an all-consuming, total body experience, where time seems to slow down and the rest of the world hardly exists. Concerns about work, the ever-present smartphone in my pocket, and even the weather fade away, whether you want them to or not. It’s intense, and yet relaxing.

Beyond the personal factors that made this flight such a wonderful memory for me, there were some common threads that make for a truly special flight. Anytime these come together in a single flight, it’s a great day to fly:

Mountaintop helipad for dinner? A great way to cap off an epic flight.

There are plenty of other factors that come into play, like the weather, where we’re going and the type of aircraft we fly, but we usually give these far too much credit. The actual logbook data blocks we fill out – total time, route of flight – do not define an epic flight. Who we share an experience with, and how it changes us, matters much more.

That suggests two things we can do to chase our next “best hour in my logbook” flight. First, we should all keep a pilot logbook that goes beyond the basic details. I now record everybody who was on board, including passengers, plus a brief narrative of what we did (restaurant reviews are a favorite). I also keep a photo or video from as many flights as I can, so there’s a visual reminder of the event. Using a logbook app on my iPad makes this easier.

More importantly, though, the pursuit of a new “best hour in my logbook” requires a change in mindset. Instead of focusing on what airplane we wish we were flying or what exotic location we wish we could fly to, we simply need to be open to new experiences. You can’t plan perfection and you can’t script special, but combining an open mind with a few of the elements above stacks the odds in your favor. In particular, I’m struck by how many memorable flights involve family or close friends.

What’s your best hour? Write an article or add a comment below.

Debate: when are you “established” in the hold?
Scroll to top