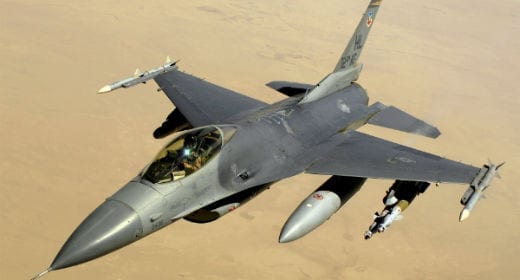 For most of us amateurs and professionals, flying involves risk management. This involves a pre-flight assessment of our own airworthiness as well as an analysis of the weather ahead and the condition of the plane to be flown. Owning one’s own plane simplifies the third of these variables, but the extent of the pre-flight condition of the plane varies greatly from individual to individual.

A lot of sailboats never leave the harbor because the owner is uncomfortable with risk.

Are you the obsessive type who stops at stop signs when there is no traffic in sight? If you are, you are also likely to be on your stomach or back doing a thorough if undignified examination of the brakes and tires, draining the sumps (in a low winged plane like my Mooney), checking the control surfaces, even removing the cowling at times for a look at incipient problems in that area. Coming out of the shop after an annual, we are even more apt to be careful about the possibility of a problem.

Richard Collins in his book, The Next Hour, scrutinizes the risks involved in scud running, night flying, flying IFR, thunderstorms, turbulence, with attention given to weight and balance, aerial encounters, and engine problems. The careful safety-minded pilot will consider all of these factors before and during an aeronautical venture. Collins figures that he has lost one friend a year in over 20,000 hours of flying in the course of over 58 years. Anecdotes support his analysis of the risks in the kind of flying that many of us do.

For some of us, owning and caring for or even building a plane provides is satisfaction enough. As I look around the tie down area at my home base, I can see more than a few planes that rarely move. When I was growing up, I witnessed the same phenomenon taking place at the harbor in my home town. The channel to the harbor leads to Long Island Sound. There were some boats that never made it to the buoy marking the channel entrance. Long Island Sound is generally a “safe” body of water to navigate, but there are shoals to avoid and occasional a squall will blow in.

While boating has its own satisfactions (and accidents), the reward-risk level in aviation is substantially higher, and this to me indicates that aviation attracts people who are more likely to be “risk-takers.” The biological framework involved in “risk taking” involves the release of feel-good chemicals after overcoming the challenge and the level of satisfaction can last much longer. Yes, I know that not everyone lives near a body of water while just about everyone lives near an airstrip or airport. You can substitute many other activities for boating. Some such as auto racing also involve significant risk. Some such as hunting do not except for the animal.

Within the world of aviation there are activities that involve more than the usual risk, even more than aerobatics. A book by Dan Hampton, Viper Pilot, offers a look into that world, the world of military aviation. Hampton’s family includes warriors so it was natural for him to want to become a professional warrior. Still the combination of natural ability and skill-sharpening offered by the Air Force furthered his rise to the top in a very specialized field of military aviation, wild weasel flying.

If you are good enough, the US government is willing to invest millions of dollars to allow you to fly planes worth millions of dollars. This can be an irresistible attraction.  Hampton’s skills developed in basic training and in combat and were honed by the USAF Fighter Weapons School, by the USN Top Gun program, and by the USAF Special Operations School. He repaid the government with interest earning four Distinguished Flying Crosses with valor, one Purple Heart, eight Air Medals with valor, and five Meritorious Service Medals.

In the Prologue of Viper Pilot and continuing in Chapter 8, entitled “Sandstorm,” Hampton’s description of that time in Iraq (2003) enables an appreciation of how natural ability, grit, and superb training allow one to accomplish amazing feats.

Does risk management change when you’re flying one of these?

Briefly, Hampton was called upon to give ground support to a group of marines who were in a desperate situation being overrun by Saddam’s best. The problem was that the entire region was enveloped by a sandstorm. “Two other flights of fighters had been unable to get down through the stuff and find the grunts,” he writes. Hampton accepted the challenge and was able to pull it off even though he was low on fuel. Climbing out of the sandstorm he was able to rendezvous with a tanker and to refuel.

One problem solved, the next remained. There was no good airbase with an instrument approach and decent visibility within range. However he was able to find a field without an instrument approach with around ¼ mile visibility and was able to get low enough to see the runway threshold. He marked the coordinates electronically as he overflew the field, and flew back above the sandstorm.

Having the coordinates for the threshold, he was able to construct a virtual ILS for the field. Transmitting the information to the remainder of his squadron marshaled them at a holding point sequencing the altitudes based on fuel status with those lowest on fuel at the lowest altitudes. Incredibly all made it down safely.

I wrote to Hampton inquiring about the details of setting up a virtual ILS, something I had never heard of. I still don’t understand how it was done. But his final remark is worth repeating.

“Be grateful you haven’t had those experiences…flying for fun is fun!” I’m not sure he meant that he regrets having those adventures himself. I doubt it. I know that I am not cut out for that kind of flying.

My Mooney is no F-16 Viper, and my flying is less UnSAFe than Hampton’s USAF experience, but I have to salute him.

What has the FAA done for (to) you?
Scroll to top