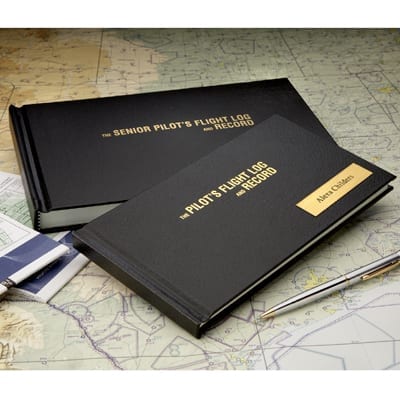 Are you flying enough these days? Based on the pilots I talk to, the answer for most people is a resounding “no!” This goes far beyond the old joke that there’s no such thing as too much flying. Below a certain level of activity, both pilot proficiency and airplane reliability suffer, leading to thinner safety margins and a whole lot less fun.

Have we reached that level of activity? The current trend suggests we should be worried. The most recent FAA survey of general aviation activity shows a relentless, long-term decline in flying. According to the FAA, average annual hours flown for piston aircraft fell from over 130 in 1999 to under 90 in 2010. The FAA’s 2012 Fact Sheet reinforces this trend, with general aviation takeoffs and landings dropping 5.1% in 2010 and a further 2.3% in 2011.

Anecdotal evidence backs up these numbers, as any gathering of pilots will make clear. While 100 hours per year was once a fairly common amount of flying, many pilots today are logging well under 50. At these levels, pilots are spending their limited time in the air just trying to stay connected to aviation. Long trips and new ratings are things of the past.

Certainly, there are plenty of legitimate reasons for the reduction in personal flying, from $6/gallon Avgas and a bad economy to cheap airline tickets and busy lifestyles. Many pilots have made difficult but unavoidable choices to put the priority on things other than flying. It’s hard to blame them.

But whatever the reason, the result is the same: fewer active pilots. Unfortunately, less flying usually leads to less flying. As the cockpit becomes a less familiar place, confidence wanes. As confidence wanes, pilots reconsider that next trip. A vicious cycle can quickly get established. Over time, new habits form and flying gets replaced in everyday life. If Saturday used to be airport day and now it’s gardening day, changing back can be hard.

Airplane owners have their set of challenges, since airplanes don’t like to sit idle any more than pilots do. Especially over the winter, many airplanes can go for months without so much as an engine start. That doesn’t necessarily lead to something as dramatic as engine failure, but it does drive up long-term maintenance costs (especially corrosion) and reduce dispatch reliability. The economics of operating and maintaining your own aircraft get very unattractive at 30 or 40 hours per year, as fixed costs stay the same but must be spread over fewer hours.

Are you staring at some empty logbook pages?

Ultimately, either safety or utility has to be sacrificed. If you try to fly the same trips with lower proficiency, safety margins are cut. If you try to keep the same safety margins, utility declines. How can it not? As proficiency and confidence fades, hard IFR transportation flying becomes VFR flying, which then becomes local weekend flying. There’s nothing wrong with this change–indeed, this is a reasonable and safe reaction to lower levels of proficiency. But it reduces the power and excitement of a pilot’s license.

What’s to be done about this slide toward less flying? As usual, there is no miracle cure, but a variety of ideas are worth considering. A helpful first step is simply to admit there’s a problem. Look at your logbook and see what the trend is over the past few years–many pilots don’t even know their hours are declining. If they are, was that intentional because of time or budget constraints or did you just slowly find other things to do?

With the facts in hand, make a plan for more aviation in your life (even if the budget doesn’t allow for 100 hours of flying). Just like going to the gym, if you don’t specifically carve out time for airplanes, other things will get in the way. Find a flying friend and help each other stay on plan. It will keep you motivated, and by splitting costs, it may save you some money too.

Flying clubs and other aviation social organizations are another option that can keep you engaged, even when you’re not flying. Attending a seminar or fly-in is usually free and always educational. Many of these groups also sponsor fly-out breakfast runs or competitions, which offer great excuses to go flying.

Simulators can help, too. For under $500, anyone can have a fairly capable home simulator that doesn’t require a drive to the airport or an airplane reservation. Obviously a simulator will never keep you current on crosswind landings, but there is value in keeping your head in the game, especially for instrument pilots.

If you find your confidence is slipping to the point where you’re reconsidering making a flight, take a co-pilot or flight instructor along. With another pilot, you can still go places, but stay safe and improve your skills at the same time. Proficiency and confidence can be earned back if you work at it.

How much are you flying? Is it enough? Have you found a way to stay active with less time or money?

Going out on top
14 replies

Anyone for a Speed Record?

The ultimate responsibility: thoughts on family flying
Scroll to top