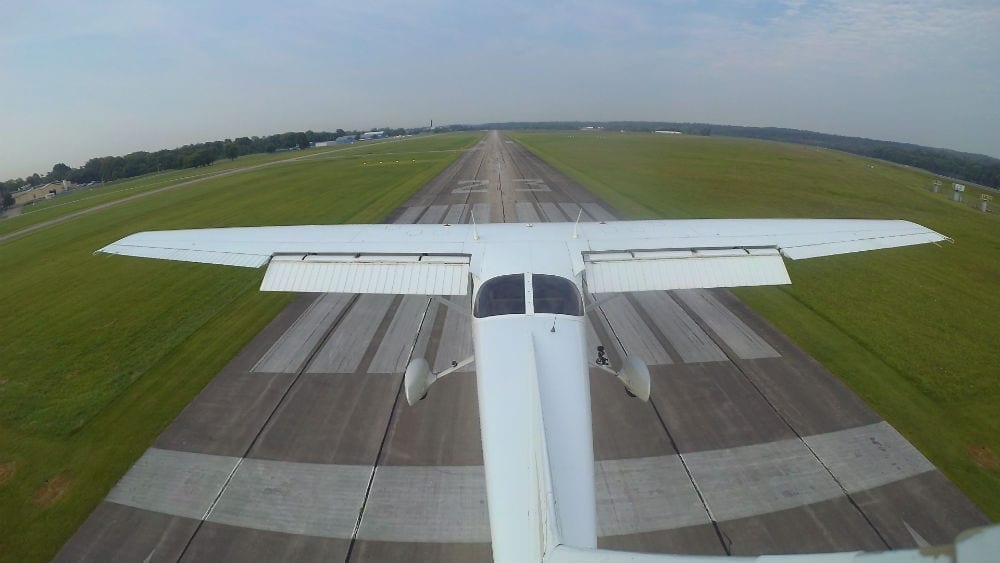 “No two landings are alike!” They keep saying that, and after thousands of landings I am reluctantly beginning to agree. Many factors are editorialized in that saying. There is the power, configuration, attitude, and then there is the biggest bugaboo: weather, as in wind and its fickle direction. Ah, I exclaim, how about in calm winds, what then? Umm, there is still the slight bit of energy mismanagement that can louse it up. Or perhaps, just the slightest bit of anxiousness to flare early, to flare too much, or to not flare at all and three-prong it on the asphalt unceremoniously. Ouch!

Once while sitting at the window seat on an airliner, watching the aircraft level out over the runway and then the suddenly dropped the last five feet to “thud” on the runway, I almost caught my tongue between my teeth in anticipation. The cockpit door remained closed as we disembarked. Wonder why?

So, it seems there are always things to manage. For one landing in Des Moines, Iowa, with a steady 10-knot crosswind from the right, I forward slipped from 20 feet to the threshold and landed on the right main to the delight of my passengers. On another evening flight into Trenton, New Jersey, with a slight cross-breeze at 6 knots I did a butter smooth one-wheelie on the runway. 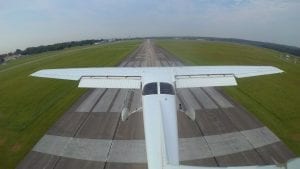 A smooth landing is usually the result of good energy management.

Things like that one remembers, because it fills the brain with the sprinkle of endorphins. But then there are others that pull the shades on sunlight. For instance, many moons ago, flying the M20J model for the first time into Kerrville, Texas, the energy dissipation was less than desired and I accomplished three takeoffs and landings in one fell swoop. Quite the site for the onlookers, who grimly or delightedly anticipated a nose wheel collapse. It did not happen and as they say, “I learned from that.”

What makes for good landings are a few things I have learned over time, and I will start with the biggest and most manageable one of them all.

If you look at your POH and the performance charts, it will tell you in no uncertain terms what your aircraft’s stall speed is, based on configuration (gear, flaps, etc.). OK, let us take those three things individually.

Attitude. It will define in most cases your arrival, and you can practice methodology at a 1000 feet as well, to fly as if you are landing and determine the attitude configuration when you level over the runway. Let us say it is 3 degrees up. Use that to trim the aircraft at the first power reduction in the traffic pattern.

Gear. It should be extended (or welded and unyielding) and the landing flap configuration should be set. Gear and flaps create drag and overcoming the thrust makes for a descent.

Approach power. This is set to give you the approach speed of 1.3 VS, or 30% more than stall speed (example 60 knots); in that configuration it would give you 78 knots. The approach power can be easily realized by flying the aircraft at say 3000 feet and with the combination of power, attitude, and configuration, set the 78 knots on the airspeed indicator. See and “feel” the attitude, configuration, and power setting and the aircraft’s behavior. Perhaps it is also a good time then to determine the stall speed with just the gear down and no flaps and the 1.3 VS in that setting, should your flaps fail to comply to your command. Clue: the stall speed is obviously higher, and your runway roll will be increased.

Let me also say that if you are in a non-complex aircraft, the power settings are based on the RPM, while in the complex a mix of manifold pressure and RPM determine power settings. In short field landings, one can with experience easily use a 1.2 VS approach speed. If you happen to have an angle of attack installed in the aircraft and properly calibrated, it will serve you well in using the correct lift vector in landings as well as in determining the best glide speed, should you need it. Remember faster means hopping on the runway at best and possibly a lot worse. And similarly, slower means dropping down earlier than anticipated (loss of lift-vector).

Now that you have conquered the biggest hurdle, and you are correcting wildly to bring that aircraft from the infinity of space into the singularity of that straight pencil mark called the runway, you must be on the lookout for other aircraft, vehicles, and potential wildlife who might cross your path. So, limiting distractions by briefing the passengers to keep their counsel to themselves while within 10 miles of your destination airport is a very good thing. And tell Bart Simpson to stop yelling, “When are do we get there?” Tell him, “We are here, so pipe down!” 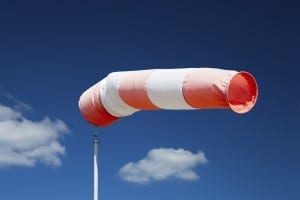 The other biggest issue remains the crosswind. We cannot control what nature throws at us, but we do control how we react to it. Anticipation is a great human virtue: listen to the ATIS, AWOS, etc., and determine the crosswind component and from whence the wind blows. Let us say it is from the right. Without further ado, as you hurtle towards the asphalt, the aircraft will weathervane towards the wind as you descend. Use that to your advantage to keep the aircraft aligned to the runway. As you transition to level flight over the runway, slowly put the right wing down (aileron will go up) and stop the aircraft’s tendency to turn right by gently but firmly pushing the left rudder to keep runway alignment. Now all you must do, and that is where experience is a great thing, is add aileron and rudder pressures to increase or decrease depending on the wind velocity.

Remember the FAA gently prods you to add half the gust factor to your approach speed in turbulent, gusty winds. Just reading that should put a bead of sweat to your spine. Additionally, if the wind speed is closer to the maximum allowable crosswind as mentioned in the POH, you might consider a partial or no-flap landing. Hence the earlier suggestion to know the stall speed in just the extended gear configuration without flaps.

Remember the Airbus 320 driver story I mentioned earlier? The issue of figuring out when to start the level flight and when to flare is a good one to tackle at this point as well. It is also imperative to remember to take the following precautions. When the aircraft is slowing down to 1.3 VS, the aircraft needs to be trimmed to level flight on downwind in a traffic pattern. Adding gear and flaps will help the aircraft to descend at the 1.3 VS with minimal change in power settings across the traffic pattern unless you must contend with wind shear.

Approaching at 1.3 VS to the last syllable of recorded flight time terminates around 10 feet above the approach end of the runway and leveling the aircraft parallel to the runway is about dissipation of that excess 30% energy you have brought to bear. Slowly retard the throttle and look at the departure end of the runway. If you focused on that end on takeoff, you will be greeted with an image slightly higher than in your memory banks. As you level, the aircraft will continue to descend as it slows down and the drag exerts its might over the reduction in thrust. You will feel the sink and as you do, gently pull back on the yoke a little and feel the arrest of the descent for a moment—good!

The descent will start again and you will repeat the procedure, pulling back gently on the yoke until the mains touch down. Keep the nose wheel off the runway if possible, for two reasons: aerodynamic braking, as well as limiting the “thud” damage to the fragile nose wheel up front, which can take the brunt of the 3-4000 pound mass (or higher) on it. 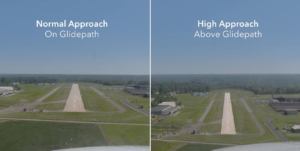 Learning what the correct sight picture looks like is a key step in learning to land.

Another human issue is what we see and how it impacts us. The width and the slope of the runway creates illusions for us. For instance, taking off from a 50-foot wide runway and landing on a 200-foot wide runway gives us the illusion that we are lower than we are. The focus should be at the trapezoidal nature of the runway view when looking at the departure end of the runway on approach. The tendency is to level and flare higher than usual in that circumstance and vice versa, to level and flare lower on a skinny one. Experience is a great teacher. Upsloping runways make you flare lower than usual, while down-sloping has the opposite effect.

It is always better to fly instruments at night. So, if you are not instrument rated, go for it. It will open vistas. My plan is always to file an IFR flight plan, especially at night, and request an ILS or an LPV approach to the runway. That sets me up for a 3-degree glide slope and brings me to a “happy PAPI.” What I have not told you so far is that I have recently installed a lidar that counts down the altitude to the surface, made by Microkit Solutions, and makes landings a breeze.

No approach should be considered a definite landing. All approaches in visual or instrument conditions should have the contingency of a “go around for visual” and a “missed approach for instruments.” Be cognizant and constantly aware of your circumstances and surroundings.

Flying a Russian biplane through Alaska
Scroll to top