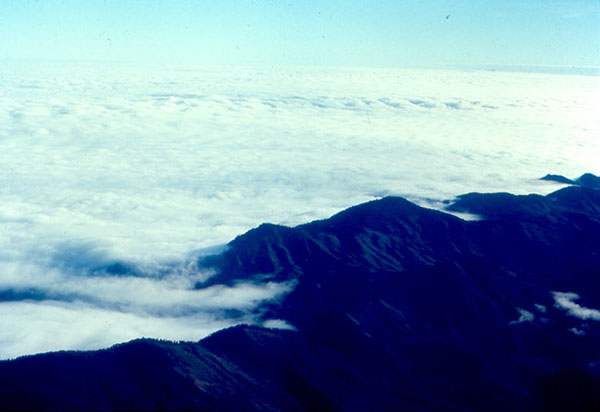 The view: Looking into North Vietnam in the fall of 1972

The mission: Flying from northeast Thailand to the Plaine de Jarres (the PDJ) in northern Laos skirted the border of North Vietnam

The memory: Looking east across the Annamite Range that lies between North Vietnam (NVN) and northern Laos with the monsoon weather over NVN. On this particular mission, I stayed in Laos. A few weeks later, I flew down the “Fish’s Mouth” (at one point, the border between NVN and Laos looks like the mouth of a fish jumping out of the water, east to west, to catch a lure). That later mission was memorable as it was my only one into NVN when I was sent to search for an A-7 pilot who went missing in that area. Unfortunately, I didn’t locate him and he was later declared MIA.

Go or No Go: hurricane evacuation

Safe landings are no accident
Scroll to top