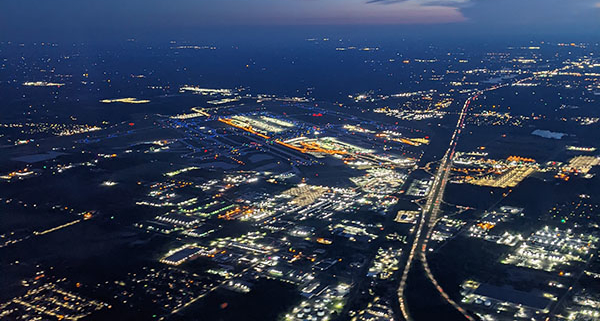 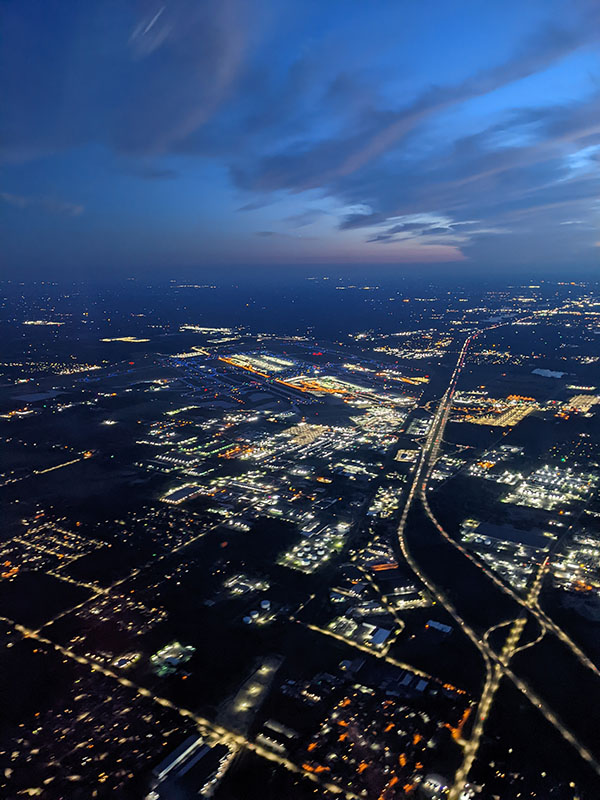 The pilots: Don Mayer (son) as PIC and photographer and Don Mayer (father) as the passenger/pilot on this particular flight.

The mission: Fly as far west as possible (Grand Rapids in this case) to land and let the weather pass before pressing onward to Oshkosh!

The memory: This was our second father/son trip to Oshkosh in our jointly-owned 210 but our first one while flying at sunset, which made for a very memorable view of DTW, downtown Detroit, and the various airports in the area where Dad learned how to fly many years ago. Donald Mayer
After soloing in high school and earning ASEL and Instrument ratings in 2005, Don returned to flying a decade later after moving from Washington, DC, to central PA and re-engaging with the general aviation community. He became a first-time airplane co-owner in 2018 and has not looked back, flying mostly to stay proficient, have fun, visit family and friends, and eventually complete a Commercial rating.

What does “loss of control” mean? Probably not what you think
Scroll to top