Blog - Latest News
You are here: Home1 / Article Archive2 / Opinion3 / Is Top Gun: Maverick based on the Bob Hoover story?

This was the text I got from my roommate after he got out of the best summer blockbuster in a long time. Like many of us, the summer of 2022 was spent seeing Top Gun: Maverick. The movie has become immensely popular both inside and outside of aviation circles. In fact, it has become the seventh highest grossing movie of all time. The reviews have been glowing, but one critique I have seen is that the ending was a little too cheesy, unbelievable, or “Hollywood.”

Hollywood and aviation have always been a little at odds. The screaming match between Fred Haise and Jack Swigert in Apollo 13? A -4G inverted dive in Top Gun? Denzel Washington saving a crippled airliner by flying it upside down in Flight?

All of these are completely fabricated, and most people expected Top Gun: Maverick to have an element of that Hollywood absurdity to it. But what if the most unbelievable part of the movie was actually based on a true story? 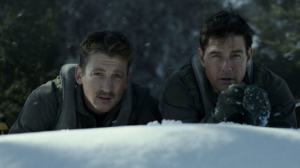 Is this scene all Hollywood?

At the end of Top Gun: Maverick, both Maverick and his wingman, Rooster, are shot down by the enemy. Miraculously, both Maverick and Rooster survive and march through the winter forest in hostile country, sneak onto an enemy airbase, steal an old F-14 Tomcat and fly it back to “the boat.” Pretty wild, but as I sat there watching I couldn’t help but feel like I had heard this story before…

On a cold February morning in 1944, the greatest stick and rudder pilot, Bob Hoover, was piloting his Mark V Spitfire over southern France when she began to cough. Despite staying in the fray as best he could, Hoover was shot down by a German Fw 190. Hoover would spend the next 16 months in a German prison camp. One night during a riot at the camp, Hoover and two other POWs escaped. They managed to collect a gun and some bikes from a friendly civilian and biked to an auxiliary German airbase. At the airfield, Hoover and his two POWs held a German mechanic at gunpoint, instructing him to start the same type of plane that shot Hoover down 16 months earlier. Being a one seat fighter, Hoover took the plane (leaving his two escapees) and literally flew it like he stole it back to Allied lines, despite not understanding a word of German.

It didn’t hit Hoover until he was airborne that flying an enemy plane with no way to communicate would make him easy pickings for his former wingmen in the Spitfires and Mustangs guarding the front. Because of this, Hoover crash landed the plane in a field as soon as he reached the windmills of the Netherlands, and was met by some very angry and confused Dutch farmers.

It’s an incredible story, told much better by the man himself in his book, Forever Flying, and leaving Top Gun: Maverick I thought there were a lot of similarities. After being shot down, both end up at bombed/run down military base and stealing planes to try to get back home. Rooster experiences the same amount of confusion Hoover did when flying in an enemy high performance aircraft. Maverick humorously parodies the same difficulty of communicating in a stolen aircraft that eventually caused Hoover so much trouble he crash landed. 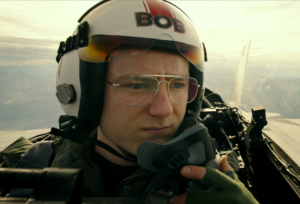 At first, I thought this Bob Hoover connection was just mere coincidence, until I saw the guy at right.

This is a back-seater for one of Maverick’s wingmen. His name? Bob Floyd, but unlike all the others with “cool” callsigns he simply goes by “BOB.” Take a look at those specs too. Look familiar? If that wasn’t enough, check the final scene of the movie… a P-51 mustang doing a barrel roll into a yellow sunset. Old Yeller?

So far, nobody has come out and directly said the Bob Hoover story inspired Maverick’s return to the silver screen. Surprisingly, the executive producer of the movie is a little busy filming another Mission Impossible to be interviewed by a grad student to confirm this rumor (when he returns my calls, I’ll let you know). But if Hoover’s story is the basis for the end of the Top Gun sequel, it wouldn’t surprise a lot of us. Tom Cruise took a much more active role in the storyline of this film than its predecessor. Cruise is an avid champion of aviation with more ratings than his plastic can hold. Flying his personal P-51, it’s not too far-fetched to believe he’s heard of Bob Hoover’s story.

There are obviously some glaring holes between Hoover’s adventures in France and Maverick’s and Rooster’s in Hollywood. Tom Cruise and Miles Teller didn’t spend any time in an enemy prison and Hoover certainly didn’t face any enemy “5th generation” fighters on his way home. But who knows? If anything, it goes to show that sometimes stories in real life are just as important, awesome, and significant as those created on the backlots in Burbank; we just have to go find them.

What do you think? Is Top Gun: Maverick’s story too similar to Bob Hoover’s to not be based on it? Or am I “writing checks my body can’t cash?” 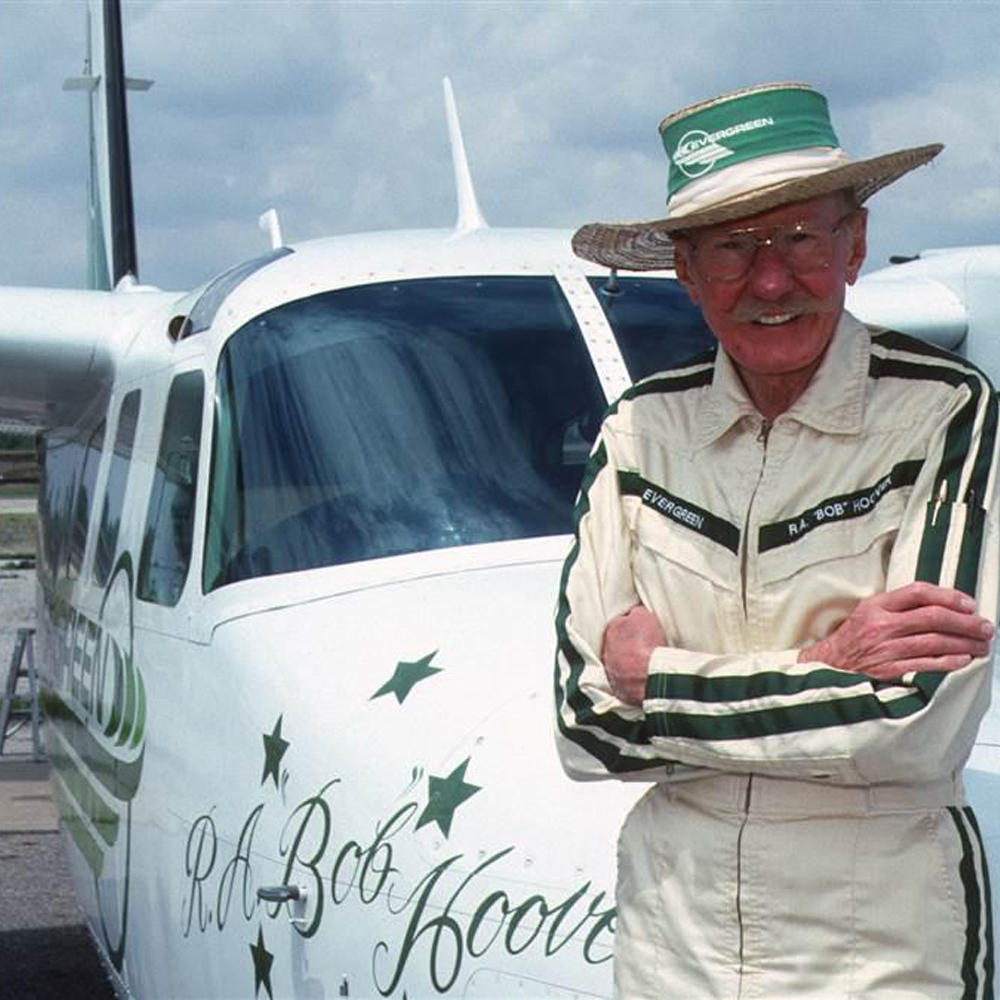 Around the world in the “seven oh seven”
Scroll to top