Blog - Latest News
You are here: Home1 / Article Archive2 / I Can't Believe I Did That3 / Weight and balance “get-there-itis” traps

It was a beautiful spring day for an airplane ride, which I was asked to give to a very important and even famous client (and his two friends) over our Ozark Mountains in my Cessna 182S. As an instrument pilot having flown for years, I knew the importance of getting the exact weight of my client and his two adult friends, whom I was yet to meet before the flight. So following FAA safety guidelines, I got their weights over the phone. These would easily fit within the weight and balance envelope with my tanks only half full, as indicated by my ForeFlight app. I never realized that a hidden trap was awaiting me until I first saw all three of them at the airport. 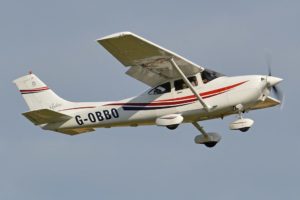 The Cessna 182 is famous for hauling big loads, but there is a limit.

When they drove up to the airport and walked up to my airplane, they were obviously very excited to have a bird’s-eye perspective, and were armed with their cameras. They indicated they wanted to take pictures over our beautiful Ozark Mountains, and specifically asked to fly over Bull Shoals Lake and its dam, circle back over the White River, follow the North Fork River to the Norfork Lake and dam, and then fly back to Gaston’s Resort where we might land on the resort’s grass airstrip and enjoy a nice leisurely steak dinner while overlooking the White River.

On my past trips to Alaska, I had noticed that many smaller Alaskan families owned Cessna 182s, which were usually on floats. Since there are so few roads in Alaska, the “family car” was their Cessna 182—it was the only means of transportation to get anywhere beyond their local area. Seeing so many Cessna 182 airplanes on floats and/or amphibian landing gear, I asked these Alaskans why they favored the Cessna 182 in their area. Their answers universally highlighted their belief that the Cessna 182 was a very forgiving airplane. As a result of that and the high expense of a retractable gear, I bought a Cessna 182S, changing the panel to a glass cockpit and later replacing the engine with a new 260-horsepower Lycoming. At that time, I really didn’t fully appreciate the forgiving nature of my airplane that would ultimately save me from my stupidity on this flight.

When they got out of their car and boarded my Cessna, I knew that the weights given me were well below their actual weights. Both of the passengers and friends of my client in the back seat could not even buckle their seat belt until my almost “huffing and puffing” help added to their efforts to get them belted in. And I was certain that they should be uncomfortable with their lap belts so tight. Yet their anticipation and excitement for the flight still reigned supreme.

When I finally taxied over for takeoff to our 5,001-foot, hard-surfaced runway, I could sense our total weight was probably beyond limits. Yet that normally tragic scenario that all pilots have to fight of “get- there-itis” prevailed. Still, I reasoned that we had a long runway. And with 20 degrees of flaps with a short field takeoff procedure waiting for over 65 knots or so before liftoff, I felt everything would work out. So I  lined up at the very end of the runway and gave my plane full throttle while holding the brakes. When I released the brakes, I was surprised at how slow my airplane initially started its roll. In hindsight, I should have stopped my takeoff at this point and ejected one of my important client’s friends. But that ever-evil get-there-itis feeling prevailed, and I kept my roll going to the end of the runway, clearing the fence at the end of the runway by about 200 feet.

Although my passengers never knew my takeoff fears that I might not get my 182 off the runway, once airborne, to their mutual satisfaction, I told them that I was going to fly longer than planned—and left off the fact that I needed to burn off more gas before landing. Obviously, the planned grass strip landing at Gaston’s Resort was canned. I told them that we would need to land back at my airport after our flight, park my plane in my hangar, and then I’d drive them to Gaston’s for that steak dinner. 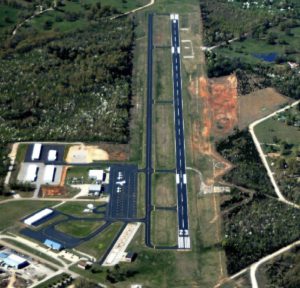 If it takes almost all 5000 feet to lift off, you’re probably over max gross weight.

I’m sharing this story so that other pilots won’t make my mistake. My stupidity and desire to please my important client combined with get-there-itis could have easily resulted in yet another terrible statistic. But from that experience arose a lesson well-learned, and I resolved that it will never happen again. I now have a medically precise scale in my hangar which gives me actual weights of my passengers, so I can make a correct weight and balance determination before I even get in my airplane. Importantly, so there are not any embarrassments or misunderstandings, when I know the weights may be even close to the maximum takeoff weight, I always tell new passengers before the flight that they should expect to be weighed before the flight.

I know that if I’d have owned some other model of aircraft that takeoff would have been much less forgiving, and perhaps disastrous. Unfortunately, some passengers think “I may be fat, but I’m thin inside!” Yes, there’s a thin man inside every fat man. But if they tell you their ideal weight, that has nothing to do with their actual weight. And when you assume they are giving you their actual weight, assuming can make an “ass” out of “u” and “me” to our destruction. A tail rotor failure at night in Saudi Arabia