Living in Arizona, you make it a habit to land by noon in the summertime—after that, the heat of the desert often leads to turbulence or thunderstorms. That’s not an option today, since it’s already 12:30pm local time, but it’s close. Ideally you’d like to fly from Scottsdale, Arizona (SDL), to Las Vegas, Nevada (VGT), before things get too sporty. The flight in your well-equipped Turbo Cessna 310 should take just under 1 hour and 30 minutes en route. You are instrument rated and proficient, so IFR is an option but it’s not always required in this part of the country.

Read the weather briefing below and tell us if it’s a go or a no go for you. Estimated time of departure is 2000Z.

The main Maps page in ForeFlight shows some storms in the area, but the worst of it looks to be north of your route. There might be a path here, so you keep digging. 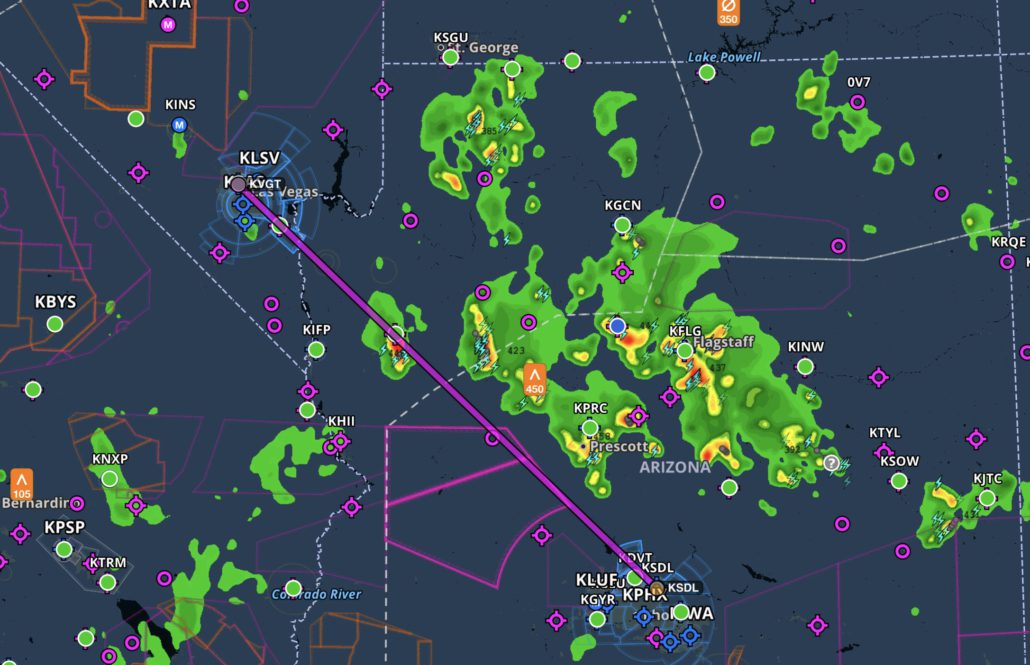 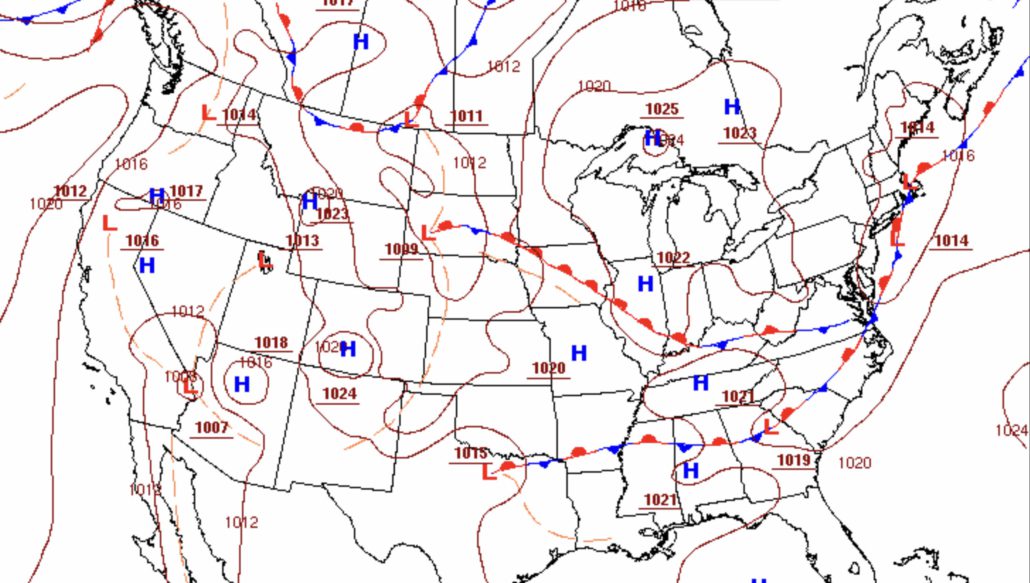 The 12-hour prog chart shows scattered rain and storms over most of the southwestern US this afternoon. 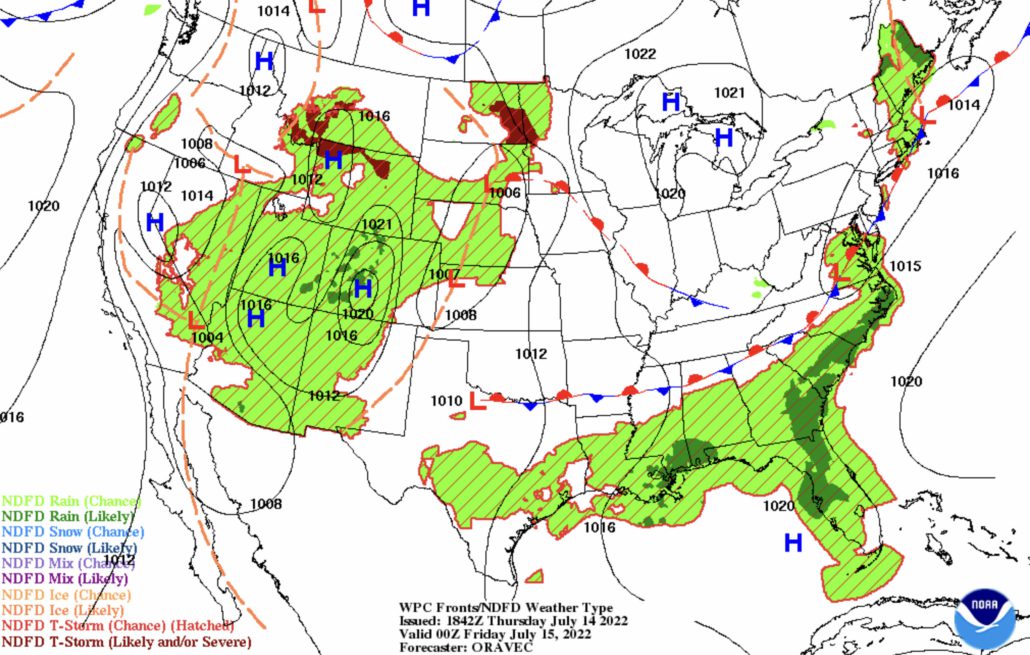 Storms seem to be the number one concern today, so that’s the first place to look for more data. Sure enough, there are a handful of Convective SIGMETs in the area. 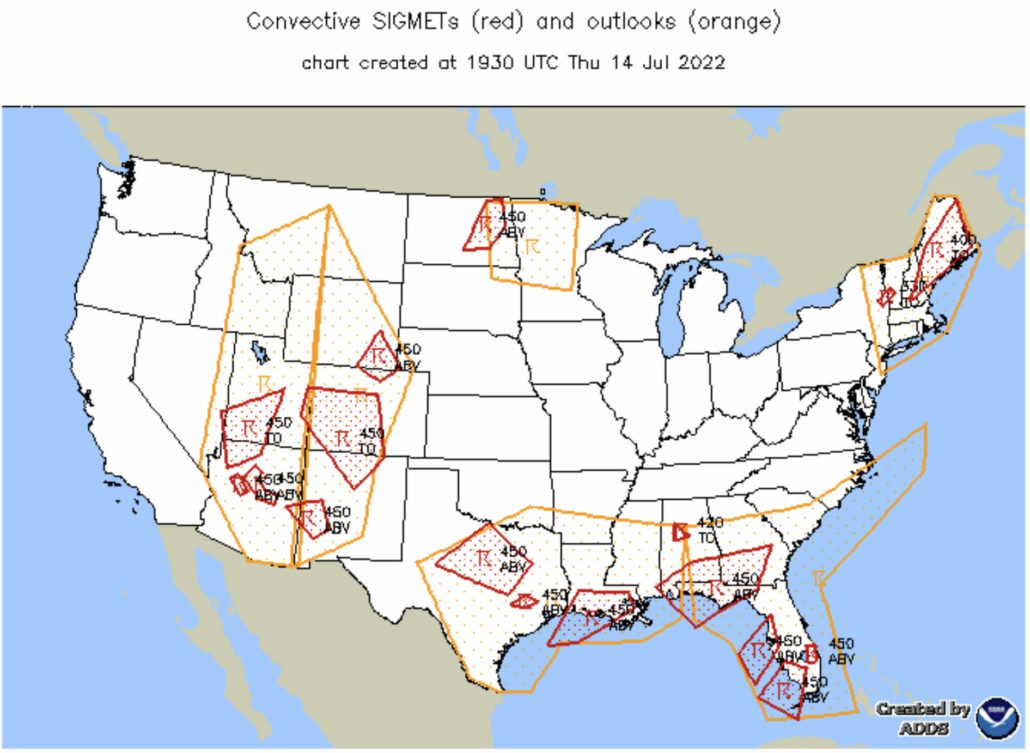 The short range convective forecast shows a little more detail—there are some expected storms, but not a solid line. 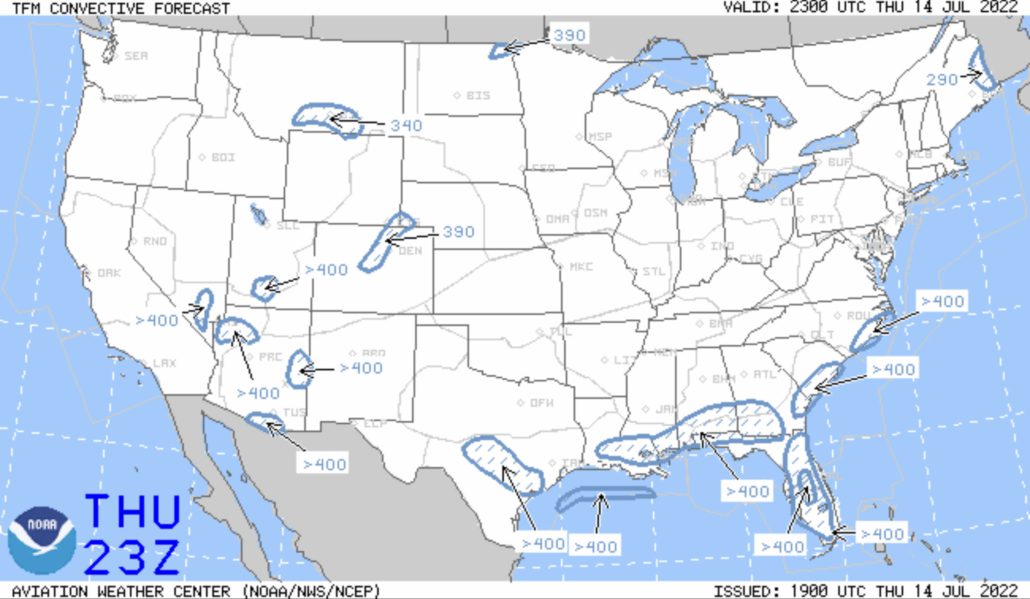 The regional radar image confirms what the pretty ForeFlight map shows: a large mass of storms over northern Arizona, with a few scattered cells to the west. 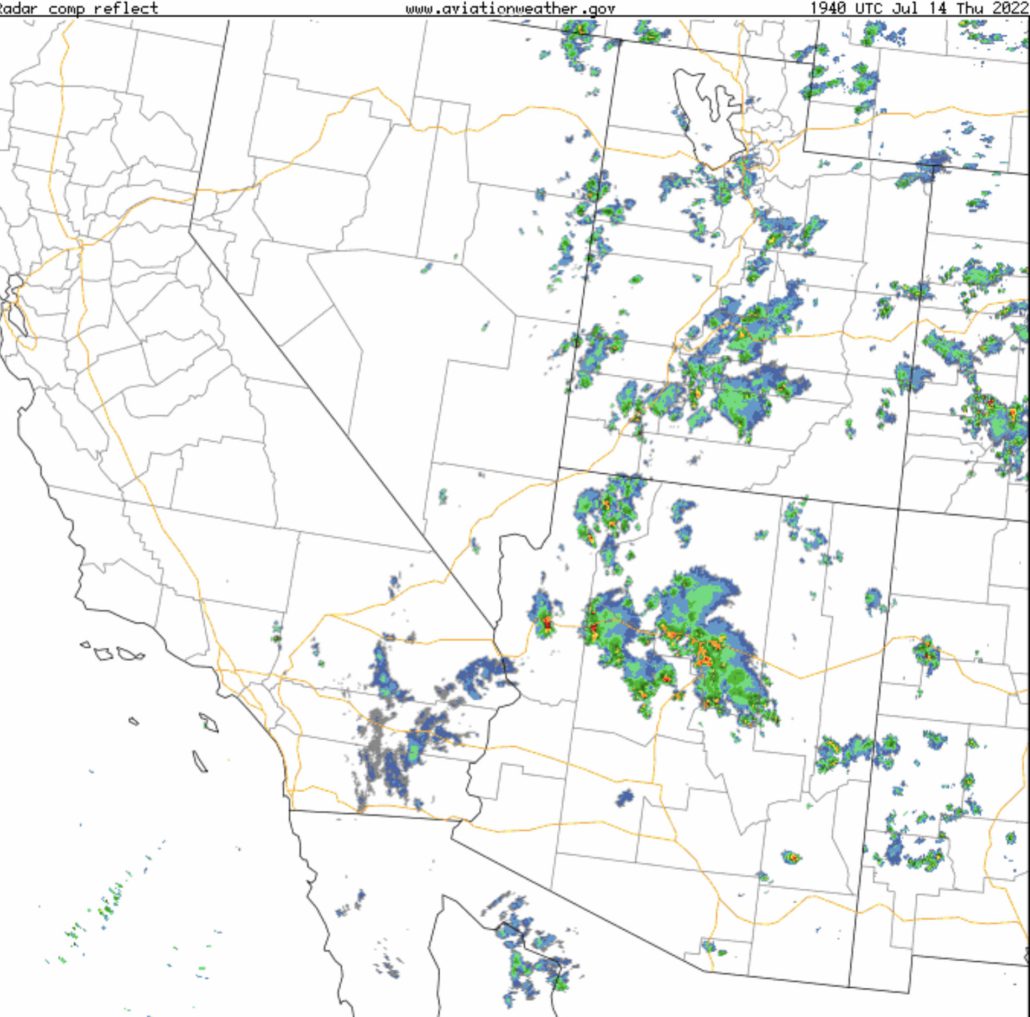 This looks like a day where staying out of the clouds is a good idea, whether they’re on radar or not. The infrared satellite image reinforces the radar image: vertical development to the north, with lower clouds to the west. 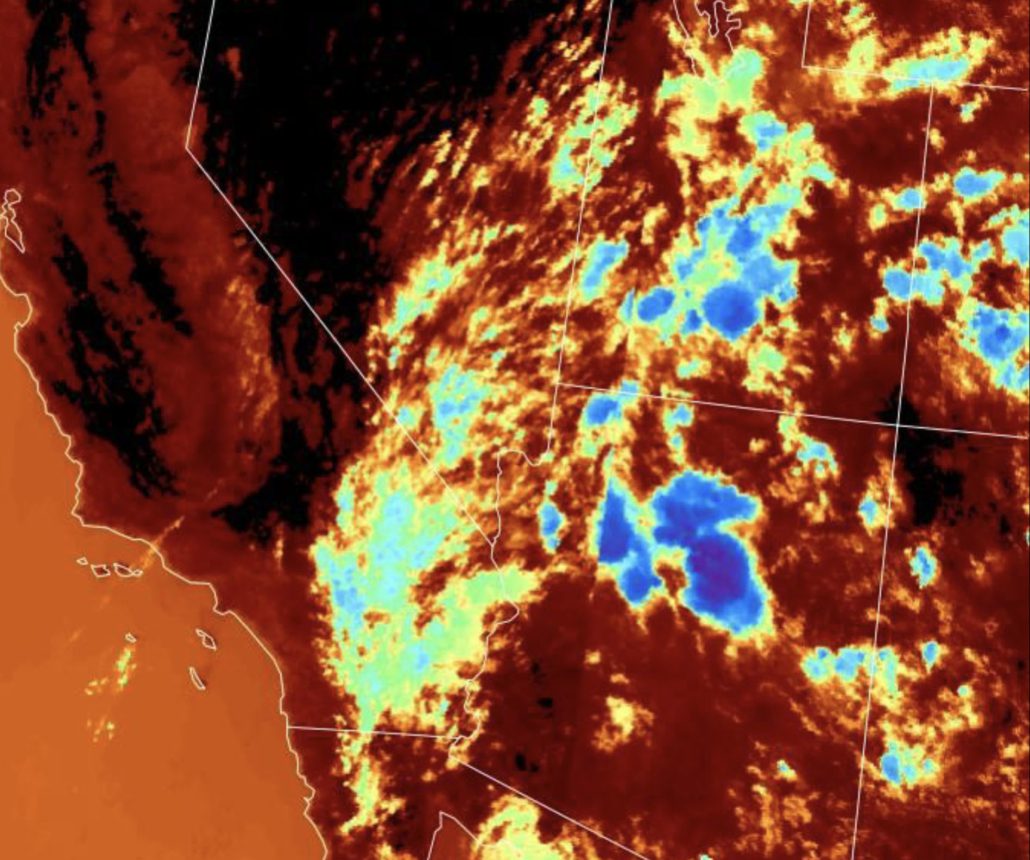 The visible satellite is always worth a look too, for a clue as to how those clouds “look” in real life. 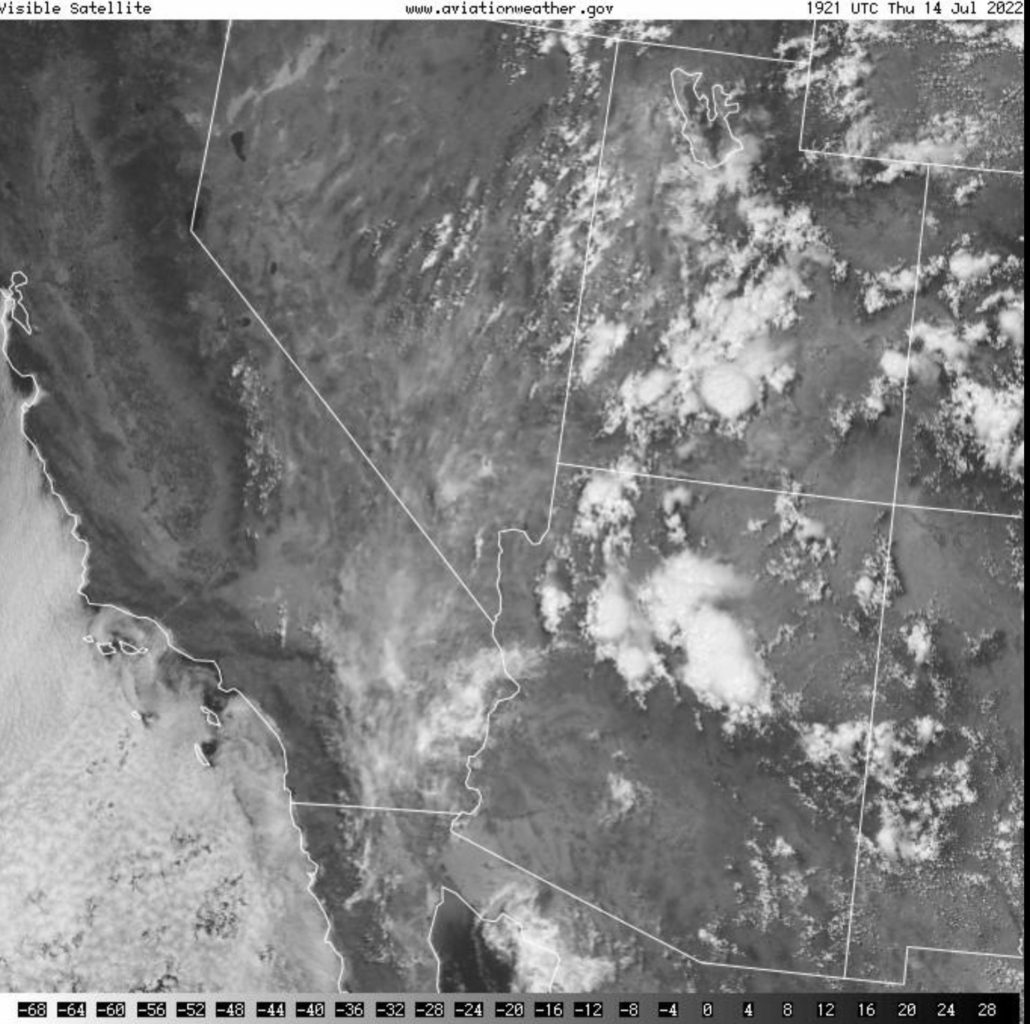 The profile view in ForeFlight shows that you should be above freezing at most typical cruise altitudes and probably out of the clouds too (at least below about 16,000 feet).

Finally, the cloud forecast product adds some detail, suggesting a layer starting around 14,000 feet with tops well into the flight levels. 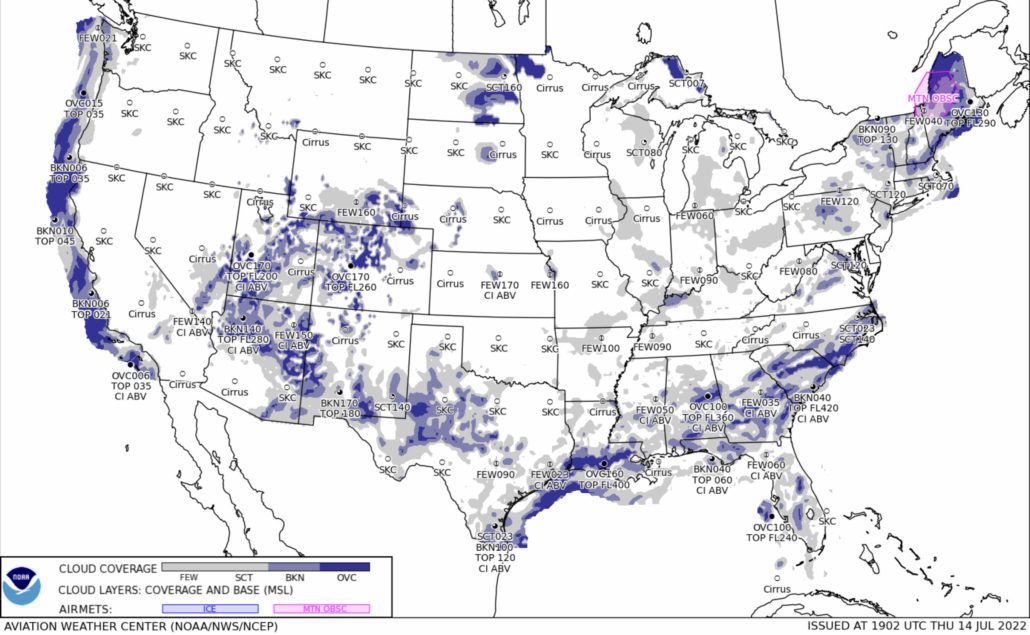 That’s the big picture; what about conditions at your departure and destination? Scottsdale is showing great weather and it’s forecast to stay that way—just remember the heat. 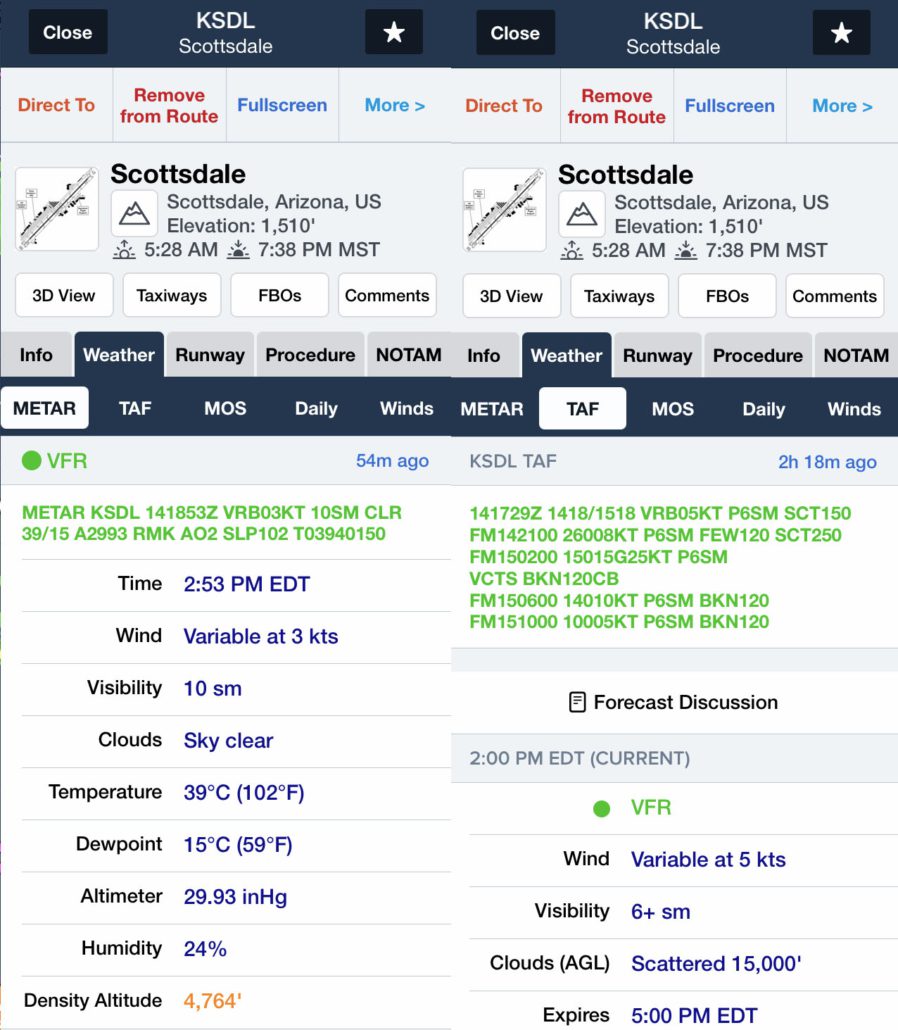 En route, conditions are good VFR but there is rain in the area of Kingman, Arizona. 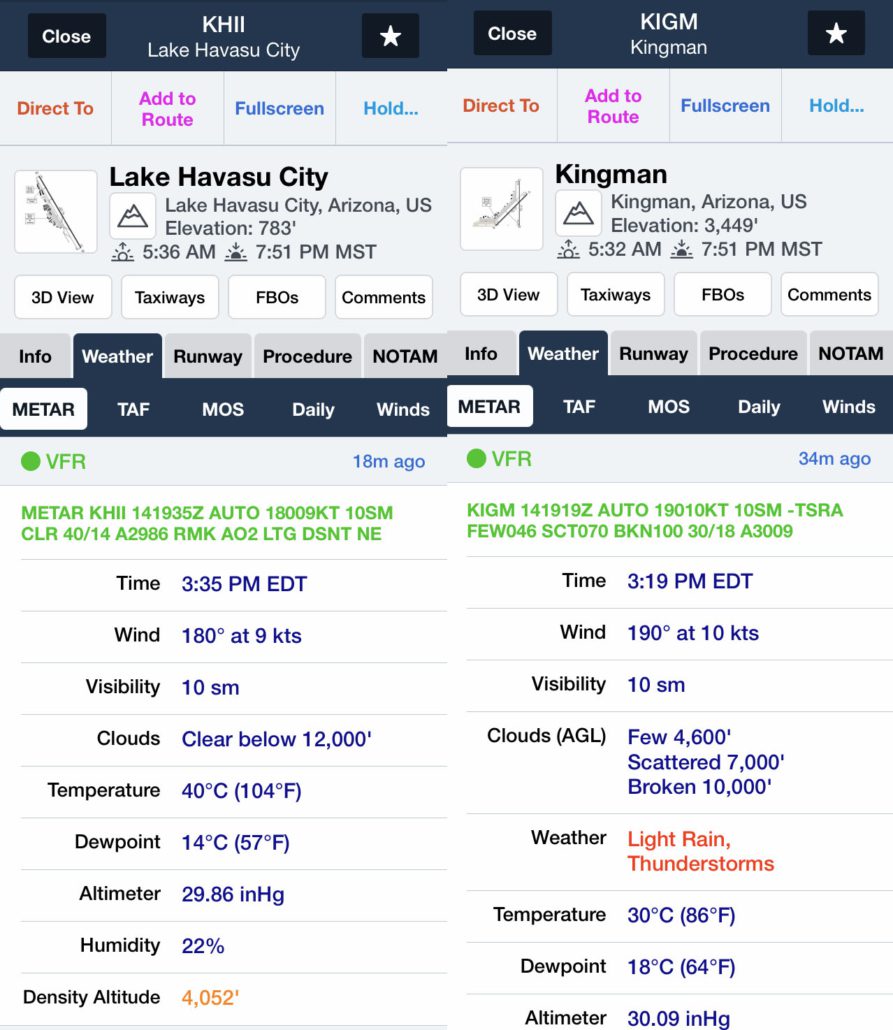 At your destination, the weather is likewise quite good, but the TAF is warning of possible thunderstorms near your arrival time. 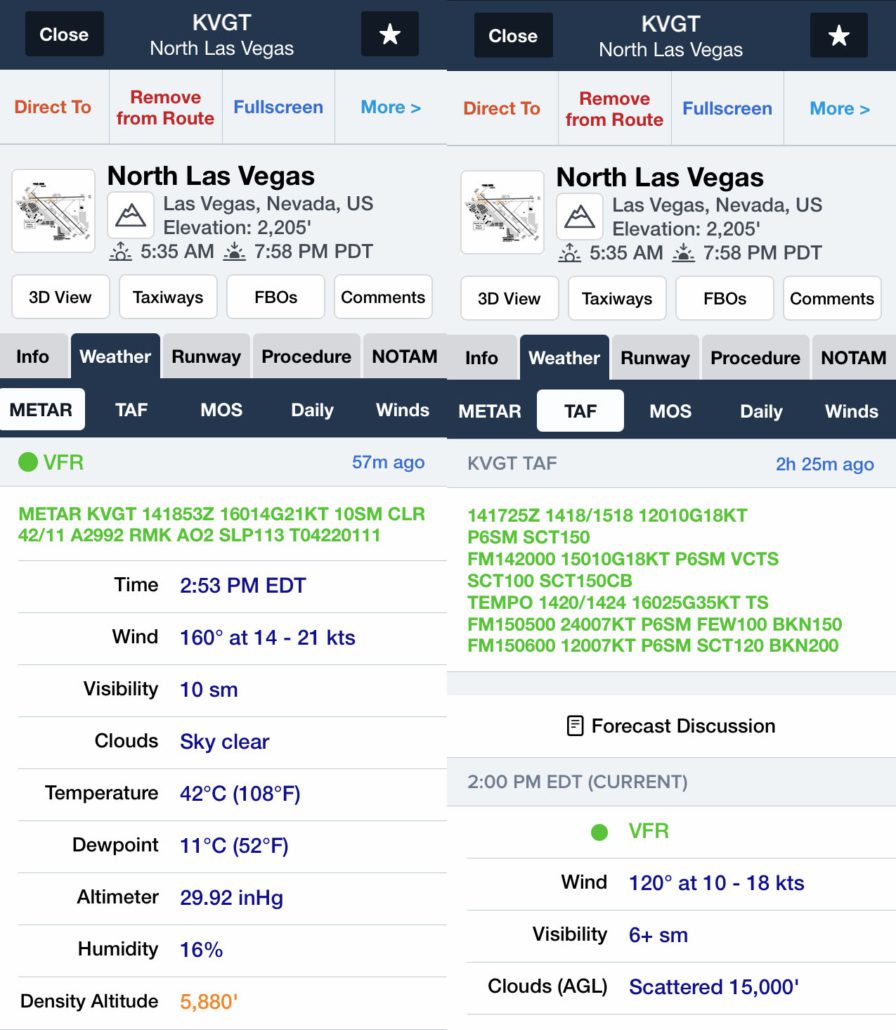 You’re at the airport, so it’s time to decide: is it a go or a no go? On the one hand, this is pretty typical weather in the Southwest, with scattered storms but good VFR underneath and gaps between the major cells. On the other hand, the heat of the day is still building and storms and form rapidly in the afternoon.

Add your comment below and explain what you would do.

Ready to check your work? If you’ve already added a comment, see how the weather developed by 2120Z: radar image, satellite image, and the METAR at VGT.