Blog - Latest News
You are here: Home1 / Article Archive2 / I Can't Believe I Did That3 / Get-home-itis: be on the lookout

If you watch any of the TV crime shows (my wife’s favorite is NCIS, in case you were wondering), they talk about BOLOs. It took me a while, but I finally got that this means “Be on the lookout.” This is a government agency’s terminology to alert their community to be alert to a person or situation that is important to monitor or address.

For us pilots, we can use this same intentional alertness to observe and influence our flying and specifically our choices. During a recent long day of flying I had a chance to experience aviation’s version of completion bias—the drive to complete a flight—also known as get-home-itis. I learned a great deal from it and want to share the experience. First the set up and then we’ll unpack what I did right and wrong. 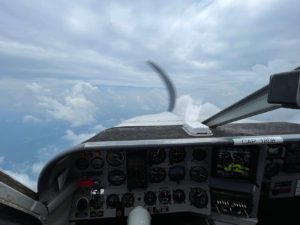 Even with ADS-B weather and on an IFR flight plan, staying visual is often the best idea.

That day’s mission was to retrieve an airplane three states away. It was a four hour flight just to get to the pick-up point. We made an early start to the day because the weather was forecast to steadily degrade in the area we were flying toward as a front approached. Traditional summer convection was possible in the afternoon for the return trip but no fronts or lines of storms between us and home. The flight out was smooth with great ceilings and visibilities until we were within about 20 miles of the destination. By the time we got to the end of our first leg, steady rain had started and convective activity was about 100 miles further west. Needless to say, it was in our best interest not waste time on the ground getting turned around.

I was out of the airplane as the prop stopped turning. I realized quickly that Murphy was firmly in charge when I couldn’t find the airplane keys and that the airplane needed gas as the rain got steadily heavier. The line crew was fueling the plane by the time I found the keys and began the pre-flight. My rain coat saved me from a real soaking. Thank you North Face!

I picked up my clearance and departed into solid IMC for the first 30 miles and then spent the rest of the trip deviating around build-ups. It was getting pretty hot out there and the cumulus clouds were steadily building. By the time I was an hour from my landing in the DC area, I was hot and tired after seven hours in the cockpit.

As I got closer to my destination, Martin State Airport in Baltimore (MTN), I started seeing areas of precipitation from the ADS-B Nexrad display. Two primary areas, one very close to Joint Base Andrews (formerly known as Andrews Air Force Base) and one near Baltimore/Washington International Thurgood Marshall airport (BWI). The cell over BWI was headed northeast toward my destination but MTN was solid VFR and I thought I could get in before the weather, based on judging the updates of the Nexrad images and the general look at build-ups through the windshield.

The MTN ATIS was telling arrivals to expect a visual approach to runway 15. Potomac Approach cleared me to arrive from the northwest, as I would have expected. Then Potomac told me to plan the LOC 15 at MTN and began to vector me toward the final approach course.

I could see build-ups off to the southeast of my position and started to watch the conditions, carefully comparing the ADS-B with the conditions out the window. Everything still looked good, though the BWI cell was now closer to MTN and another had now developed northeast of the airport. There was lots of VFR in between these.

Just as I was about to intercept the localizer, it started to get pretty bumpy and I was seeing more cloud—although I was still in visual conditions. I did not have a visual on the airport and I was starting to get rain on the windshield. As quickly as the rain started it intensified a great deal, started to darken and I immediately broke off the approach and told Potomac I wanted to divert back in the direction I came (toward good VFR) and land at Carrol County Airport (DMW) about 32 NM northwest, to allow the weather to clear. See the flight track below: 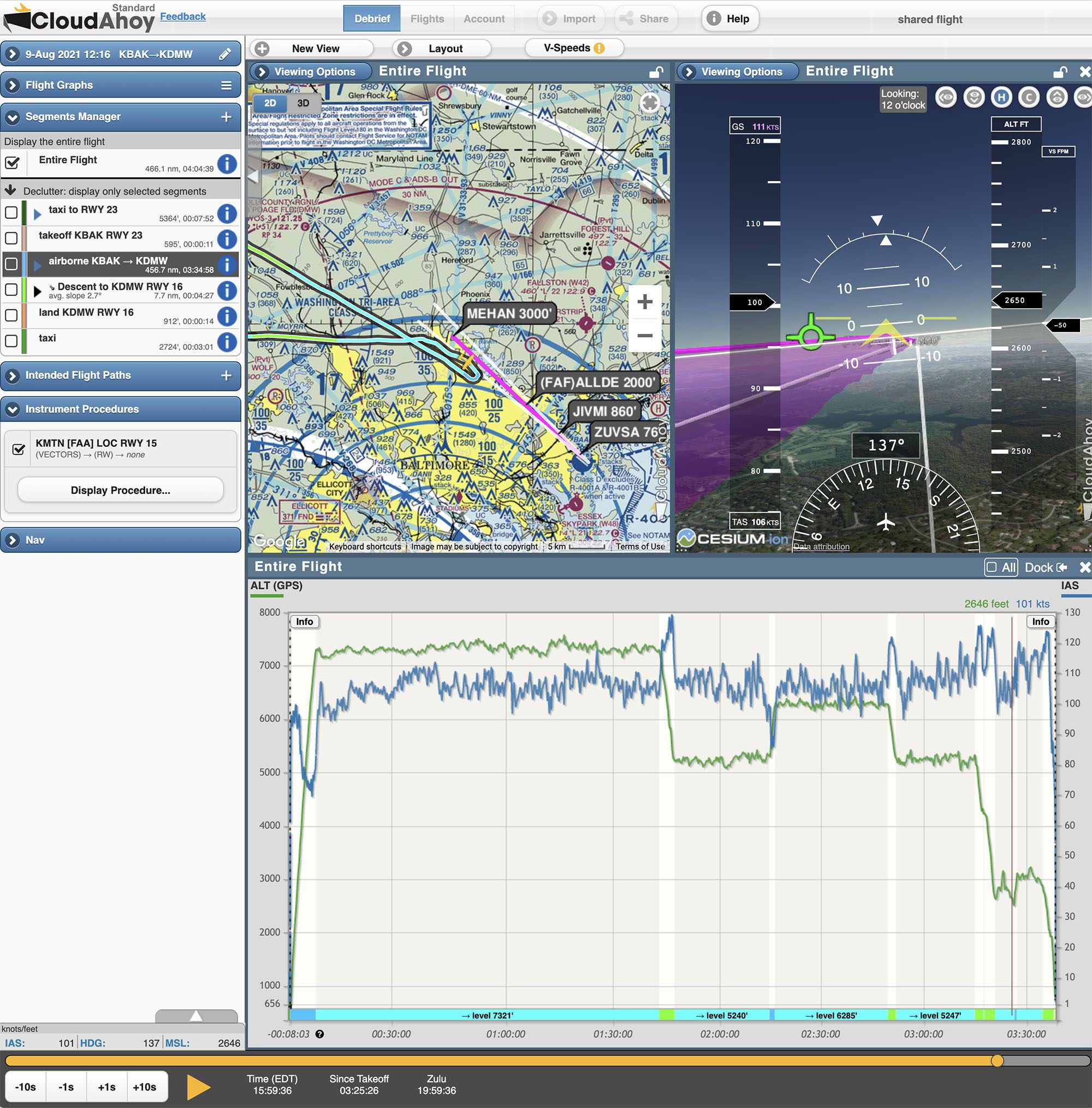 In retrospect I made good choices and bad choices. Let’s look at a few of each.

As I have learned from mentors and tell my students, we want to be “lifelong learners” when it comes to flying and everything we want to be good at! So what did I learn for my next long trip?

I am thankful to learn from this experience and share it with the Air Facts family. Be on the lookout in your own flying for areas where you could have made better decisions and think through how you would choose in the future should something similar occur.

Confessions of a seaplane charter pilot
Scroll to top