Blog - Latest News
You are here: Home1 / Article Archive2 / I was there3 / If it can fail, it will (and anything can fail) 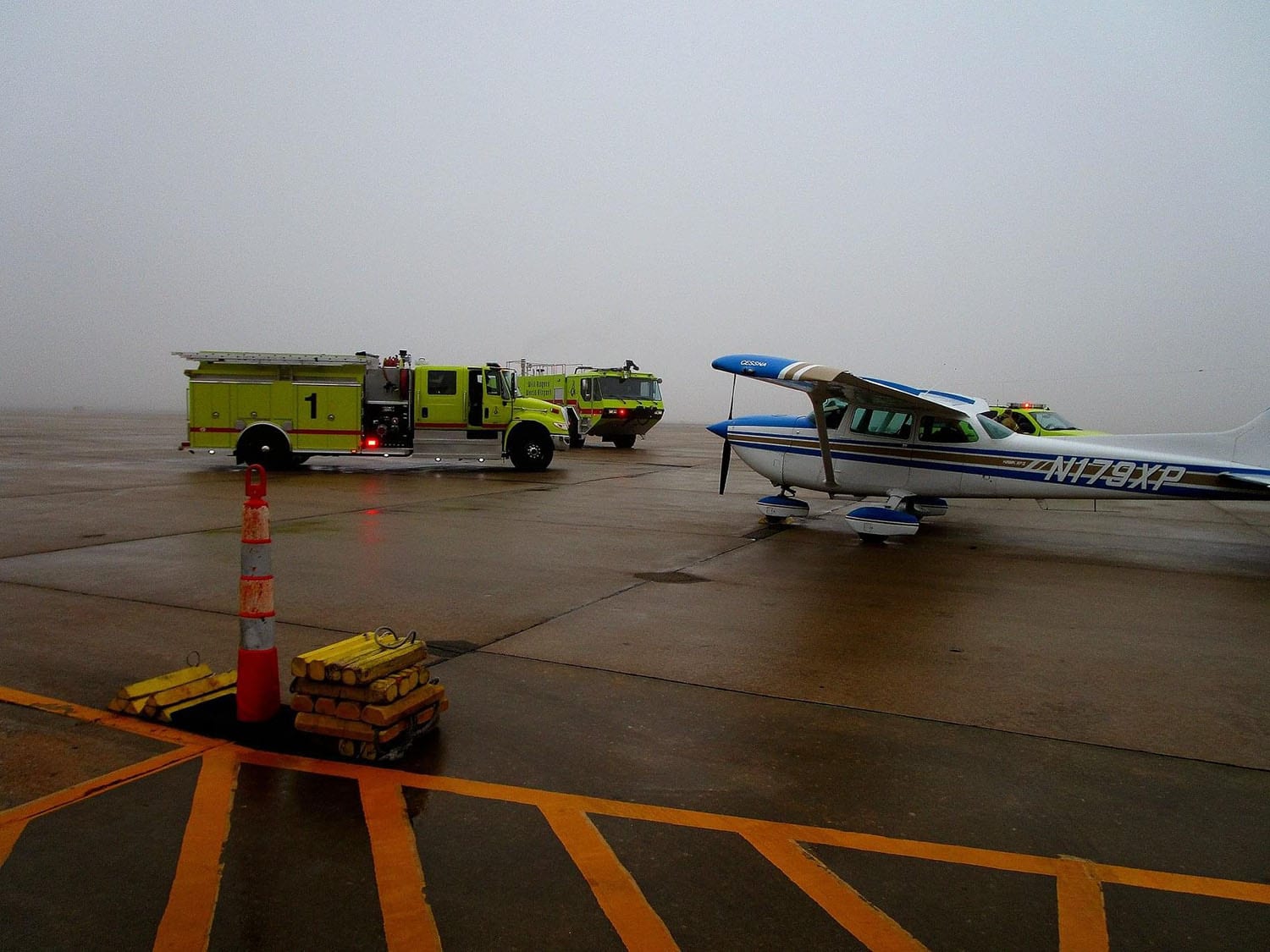 We own our own plane, a beautiful 1979 Cessna 172XP with less than 3,000 hours total time, of which we’ve enjoyed 1,750. Though our aircraft is meticulously maintained, over the course of my brief, 2,000 hour flying experience, we’ve had failures of: the DG, the AI, the transponder, the autopilot, an altimeter, three alternators, two batteries, a starter drive, and several tires. And here’s a flash—except for one of the tires, none of them failed on the ramp at the “home ‘drome.” Failures inevitably occur when you’re flying AND generally under less than pristine conditions.

Now that we’re retired, my wife and I fly “somewhere” every two weeks. Most of these are day trips, exploring, visiting museums and attractions within three flying hours. Each year, we take 3-4 weeklong (or so) trips. One of these such longer trips two years ago was to Oklahoma City. Lots to see and do and the food is wonderful! Well, the morning we were to leave, the weather local to OKC was decidedly IMC. No problem—we’ll climb through about 5,000 feet of cloud and be in the clear on top. So, we launched.

Well, about midway through the clouds, my JPI engine monitor began alerting us to a rapidly dropping bus voltage. Shortly after, we watched our GTN 650 GPS turn into a screen of flashes and hieroglyphics. While the GTN (and our two G5’s) all have built in back up batteries, in an event such as ours, where the voltage regulator is cycling on and off, enough electrical noise is put on the bus to thoroughly confuse the avionics.

Just because they rolled the trucks, doesn’t mean it’s a big deal.

I immediately leveled the wings, stopped my climb and leveled off (Rule 1 – Fly the plane!). I turned to my co-pilot/wife who was manning (womanning) ForeFlight on the iPad and asked her to give me a vector to the IAF for 35R, the runway we had just left, which she instantly did.

By now, the battery had completely given up the ghost and quit altogether, allowing the avionics backup batteries to take over. I punched in the RNAV 35R approach and prepared us to land. Before we reached the IAF, when I had more of an opportunity to think and analyze, I thought, I wonder what happens if I shut off the strobes and thus shed some unnecessary load?

Voila! The battery voltage once again began to rise. I immediately called the tower, declared an emergency and told them of my intentions.

The response was, “Do what you need to do, the airport is closed for you.” (I found out later that when we stopped communicating and they watched our transponder blink off, they correctly suspected a total electrical failure.) I got my ATIS only to hear that reported conditions were now 100 and ¼ mile. Well, not like I had a ton of options.

We picked up the approach lights before minimums but didn’t actually see the runway itself until we crossed over the numbers. I made a nice landing and rolled out, flanked by two of the biggest fire trucks you’ve ever seen (apparently not terribly confident in my ability to not scatter Cessna debris on their runway). We parked at the FBO and began to try to find a mechanic.

So, what is the fallout from declaring an emergency? In my case, 20 minutes after parking at the FBO, a tall, serious-looking, well-dressed gentleman approached and inquired whether I was the pilot who had just landed after declaring an emergency. I swallowed hard and admitted, yes, I was. He introduced himself as the controller who was working our flight. He shook my hand and said, “Nice job. Very impressive.” End of story.

I finally found a mechanic, who promised to drive out. A while later, we saw a Beverly Hillbillies-looking pickup pull onto the ramp. My wife looked askance as I said, “Must be our mechanic”. Turns out he was a very skilled, third generation A&P. The first question out of his mouth—before we shook hands and before he asked what was wrong—was, “Are you a conservative or a liberal?” I promptly said, “conservative!” My wife (as wives will do) panicked and said, “OMG, was that the right answer???” My “new best friend” smiled and said, “Yes ma’am, this is Oklahoma, that is the ONLY answer!”

Now, mentally analyzing the situation once we were safely on the ground, I was puzzled. After all, the alternator is sized to be capable of carrying the entire load with a completely dead battery. So, what caused the bus voltage to plummet? Turns out, one or more battery cells had shorted, causing the battery “normal” voltage to fall from 24 to 22 or 20. Thus, the alternator not only had to carry the entire bus load but also was vainly trying to boost the battery back up to 24 volts which, of course, it never could. Well, a bushel of money and 24 hours later, we were back in the air winging home to Colorado.

In concluding this telling, I would be remiss if I didn’t extend huge kudos to my wife/co-pilot for keeping her cool and doing her job through the entire ordeal. To my readers, I would advise: if you have a spouse that you haven’t or aren’t training to be a proficient co-pilot, first you’re missing out on greatly enhancing the flying experience for you both and second, he/she may just help save your life one day.

A Queen Air sheds a propeller
Scroll to top