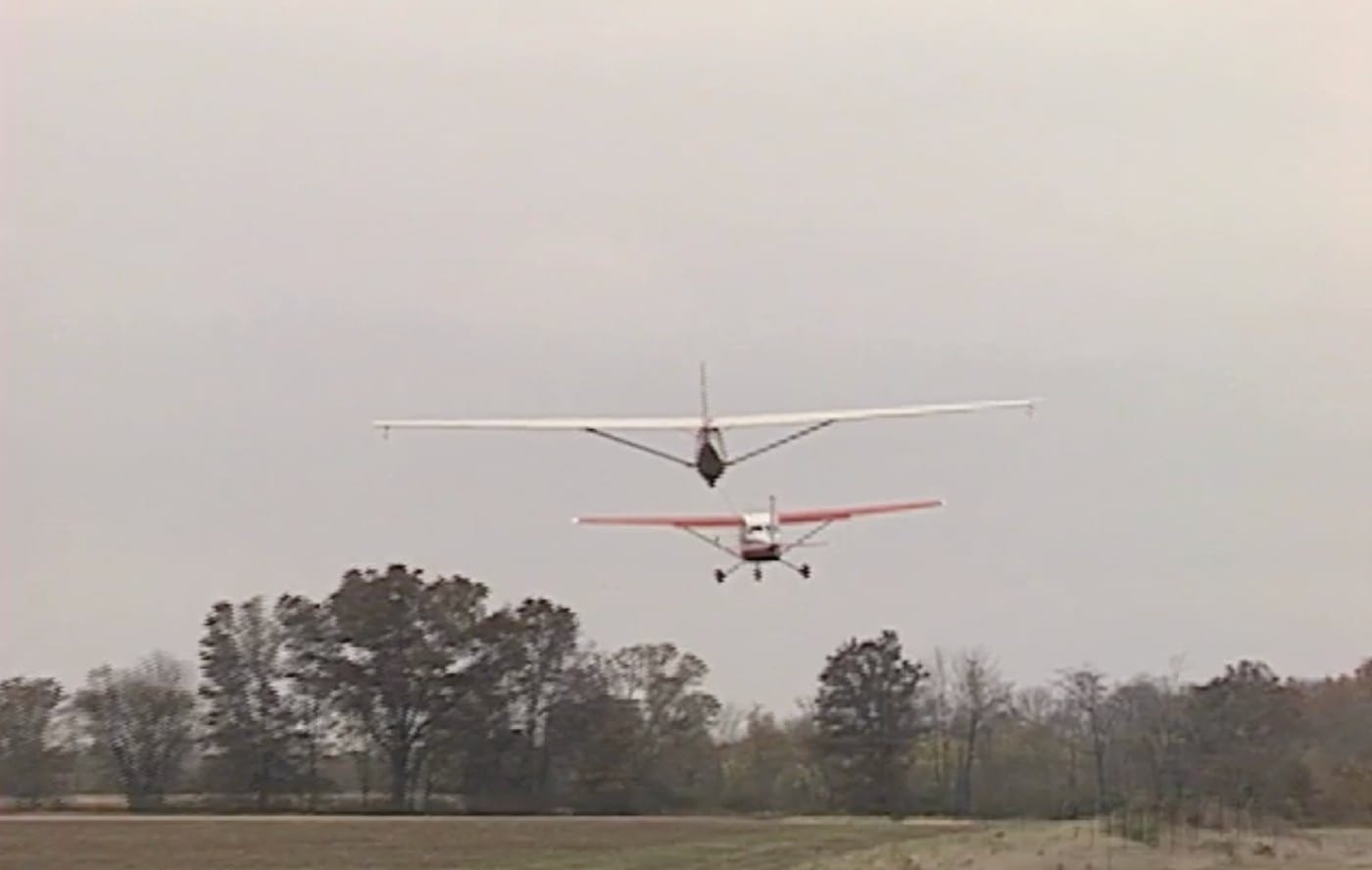 Once upon a time at Chardon, Ohio, where Cleveland Soaring Society was managing the airport and enjoying a long, pleasant stay at a wonderful grass airport, we had an exciting event. By good fortune, this event produced no damage or injuries. The good fortune was a Christmas Party at the Lithuanian Club in Cleveland on East 185th St. We were all temporary Lithuanians thanks to member Rimvidas “Ray” Cepulis. Someone, likely Steve Raab, had invited well known glider pilot and flight training writer Tom Knauff as a guest speaker. He had everyone write questions regarding safety on small slips of paper, which were collected and Tom responded with many excellent answers.

I did not know what to write but since I was also a tow pilot, I wrote a tow pilot dilemma: “What does one do if there is an engine failure on tow at low altitude?” Part of Tom’s answer was embedded in my brain. He said if you have a tow-plane problem you cannot do anything to help the glider pilot. He/she is on their own and the best thing you can do is let them know right away so they can deal with the glider part of the problem. I think he said good luck on the rest. He may have said what Steve often said while instructing new pilots: “Do what you gotta do.”

A couple of years passed. A new engine had been installed in the Scout and we were operating normally. At Chardon, Ohio, which had a relatively short, 3000-ft runway, we kept the fuel load light, enough fuel for ten tows. The Scout at that time had tanks with a seventy gallon capacity. It had been calculated, through experience, that we used a gallon and a half per tow. We would normally put a maximum of ten gallons in each tank and refill after ten tows, thus remaining light.

I was towing and we were taking a passenger on a ride. As I recall the ride was a very attractive young lady so there were many volunteers among the commercial pilots, but it was Joni Whitten’s turn and she was not relinquishing that turn. The flight was normal until we were at about a 150 feet over the woods at the south end of the runway, when the engine quit.

This is not something anyone wants to experience, including me, maybe especially me. Fortunately, I instinctively and instantly put the nose down to prevent a stall. I need to stress instantly. When towing you are close to a stall and the glider drag will get you to stall speed very quickly.

What happens when the towplane engine quits this low?

Joni saw me disappear below her view, released and went into rope break mode. As I was sinking into the trees and looking ahead for a landing spot, remaining fuel sloshed forward to the fuel pickup and the engine started again… briefly. I saw I was not going to reach any forward landing site so I did that which is frowned upon. I did a 45-degree banked turn, which was well above stall speed and headed back to the field and quickly released the rope. As I was 90 degrees through the turn, the engine quit again but the turn sloshed more fuel into the pickup and I had another brief spurt of power before it quit again. I made it back to land downwind at the field.

I looked in the mirror, wondering “Oh my God, what happened to Joni” and there, to my great relief, was Joni on her final approach behind me. The engine again started and ran long enough to get me clear of the runway. It quit for a final time and I coasted to the gas pump. Joni had calmly flown a standard 180 back to the field as well.

The passenger remarked that the flight was shorter than she expected and I believe was surprised that she got her money back. How is that for calmness and handling an emergency? The passenger was unaware. Until Joni learned what happened she said she wanted to kill me for releasing her. We had both released the rope almost simultaneously. She assumed that since I made it back to the field I could not have had a power loss.

I do not know what was going on in Joni’s mind but it was likely similar to mine. I was operating in a mode that was likely put there by all my previous experience, instruction, listening to hangar tales, and finally Tom Knauff’s remark at the Christmas meeting: “You can’t do anything for the glider; solve your own problem and let them solve theirs.” I can say I was in a different time mode, everything slowed down, and I seemed to be an observer of the actions I was taking. Some of them must have been correct. It was interesting and I never want to do it again. I recall not having time to think the standard two word remark, oh #%&*!

Several crucial learning points come to mind. Bad stuff can, and sometimes will happen. Do the necessary training to be prepared—it’s what takes over under duress. If you are a tow pilot, get the nose down in a hurry if power fails; you are close to stall with a lot of drag. You can’t wait for the plane to slow down normally.

Finally, the cause of the power failure was an assumption we made. We never checked to see if the new engine used the same amount of fuel per tow. This one used two gallons, not one and a half. We wanted to keep it light, but not that light. We almost learned the hard way.

Cleveland Soaring could be flying a different tow plane if we hadn’t been very lucky. I also wouldn’t have flown it long enough for Rich Freeman to later give me the nickname Frosty the Towman.

Joni reacted properly by instinctively releasing the tow rope as soon as she saw me disappear below the panel, and I would not, and should not, have made the turn back to the airport had the engine not restarted after already releasing my end of the towrope. The correct decision I made was to keep the aircraft above stall speed in the 45-degree banked turn and was flying it to wherever it was going, not spinning in.

I often think about my decision at 150 feet, to return to the airport, and wonder if it was based on instant good judgment relating to the brief engine restart, or just plain panic that happened to work out well. I hope I never have to encounter a similar event to find out. If you do, I can only recommend landing under control, above stall speed, almost straight ahead in the least damaging location. Maybe you need a new better towplane, anyhow.

Back in the Saddle on a Very Different Horse

Friday Photo: storm over the Everglades
Scroll to top