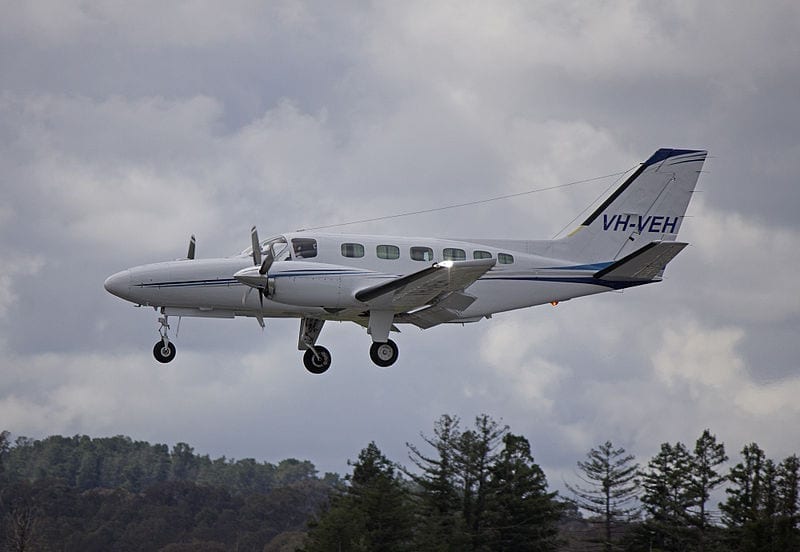 “The number of hours in your logbook does not determine whether you’re a good pilot.” I’ve heard a variation of that phrase for decades, but in spite of the well-meaning advice, total time is still the measuring stick for pilots. A pilot with thousands of hours is assumed to be safe, and both his insurance premium and his reputation around the airport will probably reflect that assumption.

But read through NTSB accident reports and you’ll quickly notice another measure of pilot proficiency is more important: time in type. Every year, pilots with thousands of hours find ways to bend airplanes, sometimes with fatal results. Many of these accidents involve experienced and proficient pilots who were transitioning to new airplane types, where the safety margins (at least initially) are much thinner than usual.

Loss of control remains a hot phrase in aviation safety circles, with spirited discussions about spin training, angle of attack indicators, and flight instructor experience. But as this first accident shows, that simple phrase hides a lot of important details. There is no single cause of a stall/spin accident.

In this case, the pilot was very experienced, with nearly 5,000 hours of total time and a commercial pilot certificate. However, only 101 of those hours were in multi-engine airplanes and less than 10 hours were in the make and model (in this case a Cessna Conquest turboprop).

The Conquest is a great airplane, but it’s a lot of work for a single pilot.

The pilot intended to land at Denton, Texas, where conditions were IFR: 900 overcast and 2 miles visibility in light rain and mist, with winds from 350 degrees at 17 knots, gusting to 25. It was after 9 pm local, so the pilot was facing a night instrument approach. Overall, there was nothing dangerous for an experienced pilot, but there certainly wasn’t much room for error either.

Fort Worth Approach was vectoring the Conquest for the GPS 36 approach to DTO. The NTSB report describes how the pilot slowly fell behind the airplane. He missed a turn, then missed a level-off, before losing control:

“…the pilot made an engine power reduction about 2.5 minutes before the accident as he maneuvered toward the final approach fix. Following the engine power reduction, the airplane’s airspeed decreased from 162 to 75 knots calibrated airspeed, and the angle of attack increased from 2.7° to 14°. About 4 miles from the final approach fix, the airplane descended below the specified minimum altitude for that segment of the instrument approach.”

ATC tried to warn the pilot:

But the airplane continued its descent, and a last minute pull-up resulted in a stall/spin. The airplane was destroyed and the pilot was killed.

Experimental airplanes are the lifeblood of recreational aviation, offering innovative designs and excellent value for the owner who’s willing to put in some work. However, they bring their own challenges, especially with transition training. A 2017 accident is a repeat of a scenario seen too often in experimental flying: a fatal first flight.

As the NTSB report sums up the short and tragic flight:

“The private pilot built the airplane over a 24-year period; the accident occurred on the airplane’s first flight after the pilot completed building it. The pilot aborted the first takeoff attempt for unknown reasons. During the second takeoff, the airplane was struggling to gain altitude, pitching up and down, and banking. Several witnesses reported hearing ‘good’ engine sounds. Just before the impact, the airplane was in a steep nose-down, left descending spiral before it descended below the trees, followed by a plume of black smoke.”

Was it an engine failure due to improper installation? Maybe a flight control problem? Or just pilot error? It’s impossible to know, but the pilot’s recent experience certainly did not help:

One final detail suggests the pilot may have been fixated a bit too much on making that first flight:

“[A] flight instructor, who had flown with the pilot in August (about 2 months before the accident), stated that they had discussed whether to have an experienced pilot conduct the first flight in the pilot’s airplane after it was built. The flight instructor stated that the pilot replied that he had built the airplane, so he was going to conduct the first flight… On June 7, 2017, the pilot ground looped the airplane, which resulted in landing gear damage, while performing high-speed taxi tests.”

3 – Transitioning down, instead of up.

Most pilots worry about the move up to faster and heavier airplanes, but sometimes the transition into a slower or simpler airplane can be equally risky. That was the case in a 2012 crash of a Piper Navajo:

The terrain around Payson is remote and unforgiving.

The destination that night was Payson, Arizona, a fairly remote airport some 60 miles northeast of Phoenix. Weather and equipment problems conspired to make the flight even more challenging:

“Information available at the time indicated that the cloud cover almost certainly precluded access to the airport without an instrument approach; however, the airplane was not equipped to conduct the only available instrument approach procedure for that airport. Additionally, the pilot did not have in-flight access to any GPS or terrain mapping/database information to readily assist him in either locating the airport or remaining safely clear of the local terrain.”

The NTSB report goes into exhaustive detail on the airplane systems, the weather conditions, and the charter operator’s procedures. There was a lot going on, including mountain wave and possibly in-flight icing. However, the Navajo is a robust airplane and another pilot in the area did not report significant weather issues beyond moderate turbulence.

One important detail suggests a potential trap for a transitioning pilot:

“Because of the pilot’s recent transition from the Beechcraft BE-99, in which the pitot heat was always operating during flight, he may have forgotten that the accident airplane’s pitot heat procedures were different and that the pitot heat had to be manually activated when the airplane encountered the icing conditions.”

Flying at night, in IMC, in updraft and downdrafts – and potentially with an iced-up airspeed indicator – is a recipe for disaster, no matter how experienced the pilot is. The result was fatal: “the airplane impacted terrain in a steep nose-down attitude in a near-vertical trajectory.”

The experience of two aircraft manufacturers backs up this anecdotal evidence. Both the Mitsubishi MU-2 turboprop and the Robinson R22 helicopter were breakthrough designs for their time, but both also met with poor initial safety records. After extensively evaluating the aircraft designs, special FAA committees found no smoking gun with either the MU-2 or the R22. What they did find was pilots with very low time in type getting into situations they were not equipped to handle. Notably, some of the accident pilots had significant amounts of total time logged, but from dramatically different aircraft types – and with little formal transition training. This may have created a deadly combination of inexperience and complacency.

The result in both cases was a Special FAR that mandates type-specific training before anyone (no matter how much total time they have) can fly as pilot-in-command. The results have been impressive, with fatal accidents decreasing by an order of magnitude since the SFAR requirements went into effect.

My own experience transitioning into a Cirrus SR22 recently has reminded me how valuable good transition training is too. I grew up in aviation flying Cessna 172s, 182s, and 210s, before checking out in a Pilatus PC-12. The Cirrus is a lot simpler than both the 210 and the PC-12, but that’s not what matters. It’s different. My first flight in the Cirrus felt like my first lesson in a 172 – I was pretty much along for the ride.

My 3500 hours of experience did have a benefit. I mastered control of the Cirrus much faster than a brand new student, since I knew how to talk on the radio and how to work the avionics. But it’s still a different machine, with unique system designs, sportier handling, and complicated checklists to master. While I may have been legal and insured to blast off into moderate rain on that first flight, I certainly wouldn’t have been safe to do so.

So what should you do if you’re moving into a new aircraft type? Two things seem obvious but important: get good transition training and be conservative about what flights you make until you gain experience in the type of airplane.

The pilot of the experimental airplane was understandably excited to see his 24-year project take flight, and he clearly wanted to be the one at the controls. But that eager attitude may have been fatal. The building phase was complete, but the flying phase deserved just as much attention. Notably, EAA offers some excellent resources for pilots preparing to make that momentous first flight. Whether it’s through their Flight Advisors program or just a local expert, an outside opinion is a good idea.

Cirrus has been a leader in offering transition training to all new owners.

Even if you’re flying a certified airplane with thousands of hours on the airframe, it makes sense to complete some type of formal transition training (a lap around the pattern doesn’t count). Simulator companies like FlightSafety and SimCom offer outstanding training for many high performance airplanes, but there are other options, including the Cirrus Embark program, which offers training with experienced Cirrus instructors.

And yet transition training is not enough. The Conquest pilot was clearly an experienced pilot, and had completed two separate training events, but a single pilot IFR flight at night (in an airplane he had only 10 hours in) was simply too much, too soon. Better to start with very simple and low-risk flights and add additional challenges slowly.

For example, I did not fly with passengers for the first half-dozen flights in the Cirrus, and I did not fly any IFR flights for the first dozen. Even now I will not fly the airplane in low IFR conditions or at night, despite the fact that I’m instrument proficient in other airplanes and have about 30 hours in the airplane. I’m getting there, but I want to be confident.

The best advice is to approach each airplane, no matter how simple, like a type rating. The airlines and business aviation have proven that this model is safer. Total time is a collection of experiences that may or may not apply to the flying you’re doing today; time in type matters much more.

The insurance market is beginning to exert an influence here, too. After a decade of low premiums and too many underwriters, conditions are tightening significantly, especially for high performance and turbine airplanes. Most underwriters have required formal transition training for years, but now they are tightening up the requirements for transition time after that week in the simulator. If you’re stepping up to a Baron or a TBM, expect a minimum of 25, 50 or even 100 hours in type before you can fly solo. A minor inconvenience, perhaps, but one that’s clearly worth it.

Go or No Go: IFR over the mountains
Scroll to top